“LSD is used primarily to escape. And given that the world’s on fire, people might be using it as a therapeutic mechanism" 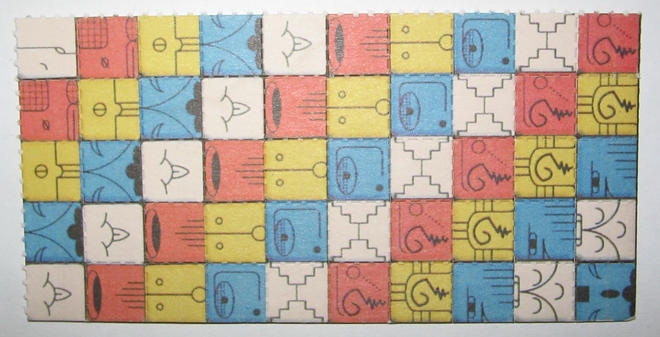 A study led by a doctoral candidate in health education at the University of Cincinnati suggests LSD use in Americans is on the rise.

The study, which analyzed trends in LSD use from 2015-2018, indicates the use of the hallucinogen increased by more than 56% between those years. The study collected data from more than 168,000 Americans by way of the National Survey on Drug Use and Health.

“LSD is used primarily to escape. And given that the world’s on fire, people might be using it as a therapeutic mechanism,” UC’s Andrew Yockey told Rachel Nuwer of the Scientific American. “Now that COVID’s hit, I’d guess that use has probably tripled.”

Despite the increase in use of LSD, the numbers still pale in comparison to the data found in the late 1960s and early '70s, when 10% of high school seniors reported using the drug compared to 6% in 2019. The study found that still less than 1% of the American adult population uses acid on a regular basis.

A method of taking LSD that is growing in popularity however is microdosing. A microdose of LSD and other hallucinogens involves taking a fraction of the amount of the hallucinogen needed to induce a trip. In other words, the brain doesn’t render the drug’s full psychoactive capability under a microdose.

One of the more interesting statistics from the research, according to Scientific American, suggests LSD use in Americans aged 34-49 increased 223%, while use in young people aged 18-25 decreased their use by 24%. Joseph Palamar, a scientist interviewed by Nuwer, suggested that the decrease among young users isn’t necessarily caused by a decline in interest with the drug, but simply because more hallucinogenic drugs are available these days, such as 2C-B and 25i, which are synthetic and more dangerous versions of LSD.

The study suggests several reasons for the uptick in LSD use. The increase of the EDM festival scene, rise of depression and anxiety and/or the positive discussions on the internet surrounding microdosing and potential therapeutic uses. However, the United States Drug Enforcement Administration (DEA) classifies LSD as a Schedule 1 drug, meaning it has high potential for abuse, and no recognized medicinal purposes. This in turn, makes it hard for scientists to conduct research on the drug.

UC’s Yockey tells Nuwer that he believes the application of LSD is misconstrued by the longstanding anti-drug culture in the U.S. and wants more research to be done on the it. He indicated that drugs like cocaine, fentanyl and amphetamines are much more dangerous and cause much more damage to the American public.

“These drugs can kill you, LSD cannot,” Yockey told Nuwer. “We need to rectify our messaging.”

You can check out Yockey's study at sciencedirect.com.