For some Bearcats fans, it's too little, too late. 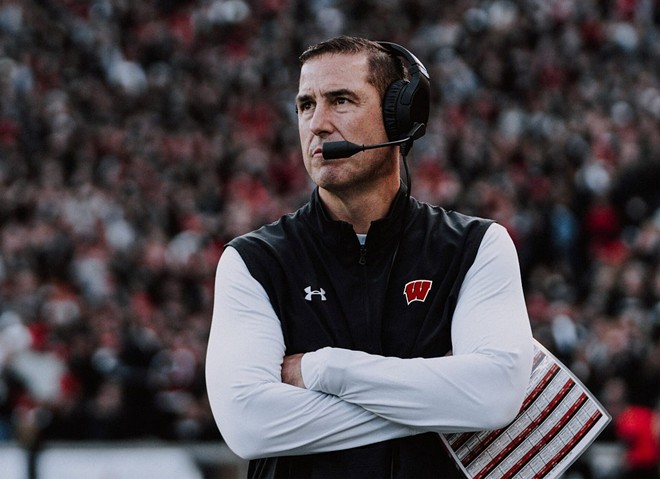 The former University of Cincinnati head football coach is saying goodbye – except it's coming nearly two weeks after his exit.

On Dec. 8, Luke Fickell, who was the UC Bearcats' winningest head football coach over six seasons, tweeted a farewell letter to Cincinnati players and fans. Fickell departed UC on Nov. 27 to take the head coaching job at the University of Wisconsin.

"Thank you, Cincinnati. Coaching at the University of Cincinnati has been an honor and a rewarding experience that has afforded me the opportunity to learn and grow professionally and personally," Fickell tweeted in a graphic.

"I want to say thank you for believing in me and giving me the opportunity to be your head football coach," Fickell wrote. "To [athletics director] John Cunningham, president Neville Pinto, Ryan Hayes and many others – thank you for all of your support."

Fickell wrapped the note with sentiment toward his former players.

"To all of the players – I love you, I appreciate you, and I'll never forget you. You made me a better coach, person, father, and leader. I owe everything to the players that made our TEAM, program, and university shine," Fickell wrote.

He signed off again thanking UC and the city of Cincinnati.

"No fanbase will ever love a coach as much as Cincy fans loved BDF. Good luck coach," one Twitter user said.

"Forgot the fans who supported and financed everything you said you needed. First time since you came here, it's a bad look," another person said. "To me, coaches are like players. Next man up! You chose to move on. So I also have no choice but to move on. Not bitter, just don't care. Not my coach."


Fickell had built up UC's football program and became the winningest coach in the school's history. He joined Cincinnati after the season's end in 2016, compiling a 57-18 record over six years. The team ended the 2021 season with an undefeated regular-season record and became the first non-Power Five conference team to go to the College Football Playoffs, where the team lost 27-6 to the University of Alabama Crimson Tide.

With Wisconsin, Fickell now has a seven-year deal that starts at $7.5 million per year with room for additional compensation for hitting performance and postseason milestones. That's more than Fickell's most recent Cincinnati contract, in which he was earning $5 million per year.

It's also more than what Scott Satterfield, UC's new head coach, is receiving. Satterfield, who was introduced as Cincinnati's coach on Dec. 5, has a six-year deal with UC that will pay him $3.4 million for the first year, pending university board approval. He'll also receive an annual $100,000 raise.

Cincinnati is preparing to battle the University of Louisville in the Wasabi Fenway Bowl in Boston on Dec. 17.