The event will feature vendors, adoptable pets from local rescues and shelters, food trucks, prizes and a patriotic Pooch Parade. 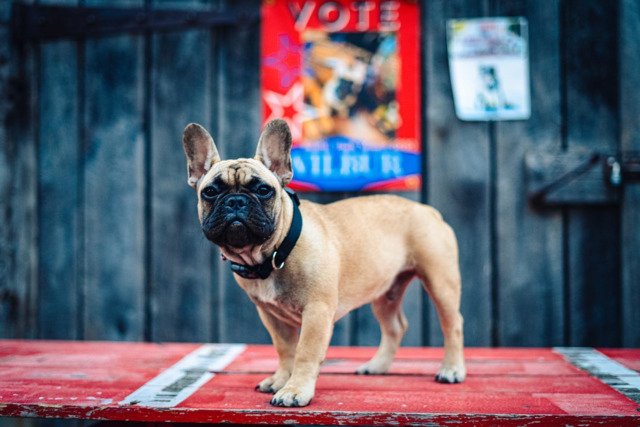 Ever wanted to meet the Tri-State's most famous furry public servant?

Wilbur, the current mayor of Rabbit Hash, Kentucky — who also happens to be a French bulldog — will be at Fort Thomas' Tower Park on Sunday for Paws in the Park.

Wilbur will lead the procession with Ashley Dawn from B105. Anyone else who wants to participate is invited to dress up their dog in patriotic garb.

Rabbit Hash has been electing dog mayors since 1998. Five dog mayors have since held the position. The most recent is Wilbur, who was elected in November 2020.

Mayor Goofy — the town's first dog mayor — died in office in 2001 at the age of 16, leaving a puppo power vacuum until 2004 when a black lab named Junior won an election that attracted breathless coverage from CNN.

When Junior passed on in 2008, border collie Lucy Lou became the town’s first elected female mayor. She served as the uncontested executive for the next eight years, until a general store fire. A special election was called to raise funds to repair and rebuild the structure with period-accurate materials. The 2016 election victory went to Brynneth Pawltro, a cheerful pitbull who “got along famously” with her predecessor.

Brynneth lost her 2020 reelection bid to Wilbur after The Rabbit Hash Historical Society called an election to raise funds to shore up the embankment separating the town from the Ohio River and to purchase a new porch and stairs for a barn.

The mayoral election of Rabbit Hash is, of course, not official. The hamlet was once a populated town on the banks of the Ohio River in Boone County, but today only about a dozen structures remain, including a 189-year-old general store (restored and rebuilt after a devastating fire in 2016) that’s become a tourist attraction. Without residents or public services to manage, there are no officials to elect, no city council to convene and no police departments to manage. The civic duties of the town belong to the nonprofit historical society that owns it.