Film buffs have a term for movies that don’t follow any predictable narrative arc or patterns of character development, yet nevertheless qualify as “storytelling.” They’re “mess with your head” movies, meaning they really keep your brain on its toes trying to figure out what’s going on when and where. Or why.

It's a tough approach to do well — too often, they arrive at a denouement that reveals the whole approach was just a gimmick to reach a predictable truism about life. (I find Everything Everywhere All At Once an example of this).

But when you find one that’s committed to this approach because its director believes you need to be challenged to see life in a new way, and that then follows its path with confidence and sensitivity … well, then you have an art film. Such films are to be deeply valued, especially when they can tell a story that’s unconventional yet worth the time a viewer invests in it.

Memoria, which opens at the Esquire Theatre on June 17, is one of those. It’s an international production — the writer/director, Apichatpong Weerasethakul, is from Thailand and won the Cannes Film Festival’s Palme d’Or in 2010 for Uncle Boonmee Who Can Recall His Past Lives. For Memoria, which won a Jury Prize at 2021’s Cannes, he has partnered with Tilda Swinton, the Oscar-winning British actress who worked  on art films by Sally Potter (Orlando) and the late Derek Jarman (The Garden). Swinton can convey both quiet vulnerability and steely, even fearless, determination. The film is primarily in English, but there’s also Spanish dialogue because it’s set in Colombia and much of it was filmed in Bogotá.

Narratively, this is quite literally a “mess with your head” movie. Jessica Holland (Swinton), who is from Scotland and lives in Medellin where she provides flowers for markets, is awakened one morning by a startling sound — a loud thump — for which there’s no obvious explanation. As the film proceeds, she hears more phantom noises. She comes to wonder if she is succumbing to an illness, yet also tries to find a rational explanation for these sounds. She wants to understand the noise even while questioning whether it really exists outside her imagination. How do you know whether something invisible is real?

This, then, is the narrative’s journey. It does reach a revelation — a mind-blowing one at that — but it’s not a traditional “plot.” I could compare it to the soul-searching cosmic consciousness of Denis Villeneuve’s time-jumping Arrival, or the encounters with mysterious people that define David Lynch’s cinematic explorations. But really, Memoria contemplates the role of art in life — visual as well as audio — in the same quiet way that some of my favorite movies do: Kogonada’s Columbus, Jem Cohen’s Museum Hours and Jon Jost’s All the Vermeers in New York.

And I do mean “contemplate.” This is a film with long, still camera shots; slow tracking shots of Jessica walking; spare conversations. It’s as curious, for instance, about a refrigerated cooler that can hold flowers as paintings on a wall. It’s a color film, but it starts with a long, dimly lit scene in Jessica’s apartment that makes you wonder if all that follows will be sepia-toned. (It isn’t, but this beginning alerts you of the need to adjust your expectations going forward).

And it can be very mysterious: At one point, the camera moves to a dark parking lot where headlights suddenly brighten on cars and their alarms blare. They give off a discordant noise that also seems synchronized.

The people in Memoria also are fascinating, even though they’re enigmatic. Jessica’s sister Karen (Agnes Brekke) is in a hospital at film’s start — it may have something to do with her study of the “invisible people” who populate the Amazon’s rainforest and maybe can create spells to repel outsiders.

Another mysterious person Jessica encounters is Hernán (Juan Pablo Urrego), a young sound engineer who tries to replicate the sound that is bedeviling her. In making progress toward that, he also befriends her. The film stops for a period as she watches his jazz combo play in a rehearsal room. It seems a curious diversion — for her and Memoria — until you realize she’s maybe witnessing the joy of sound for a change, and that seeing musicians create it reassures her that it’s real. But keep in mind she can be fooled.

After watching the film, I will admit I was left wondering. It is strange; it possibly even qualifies as science fiction. Maybe it’s hallucinogenic. But it’s so refreshing that what it’s about can wait for later. For a while, it just deserves to be appreciated for existing.

Showings of Memoria will take place at Esquire Theatre, 320 Ludlow Ave. in Clifton, beginning on June 17.  Purchase tickets at esquiretheatre.com.

Watch the trailer for Memoria:

'Jurassic World: Dominion' Is a Bizarre Departure and Clonal Return for Beloved Dinosaur Franchise: There's no question that Dominion will go gangbusters at the box office. But it remains to be seen how fans of the franchise respond. 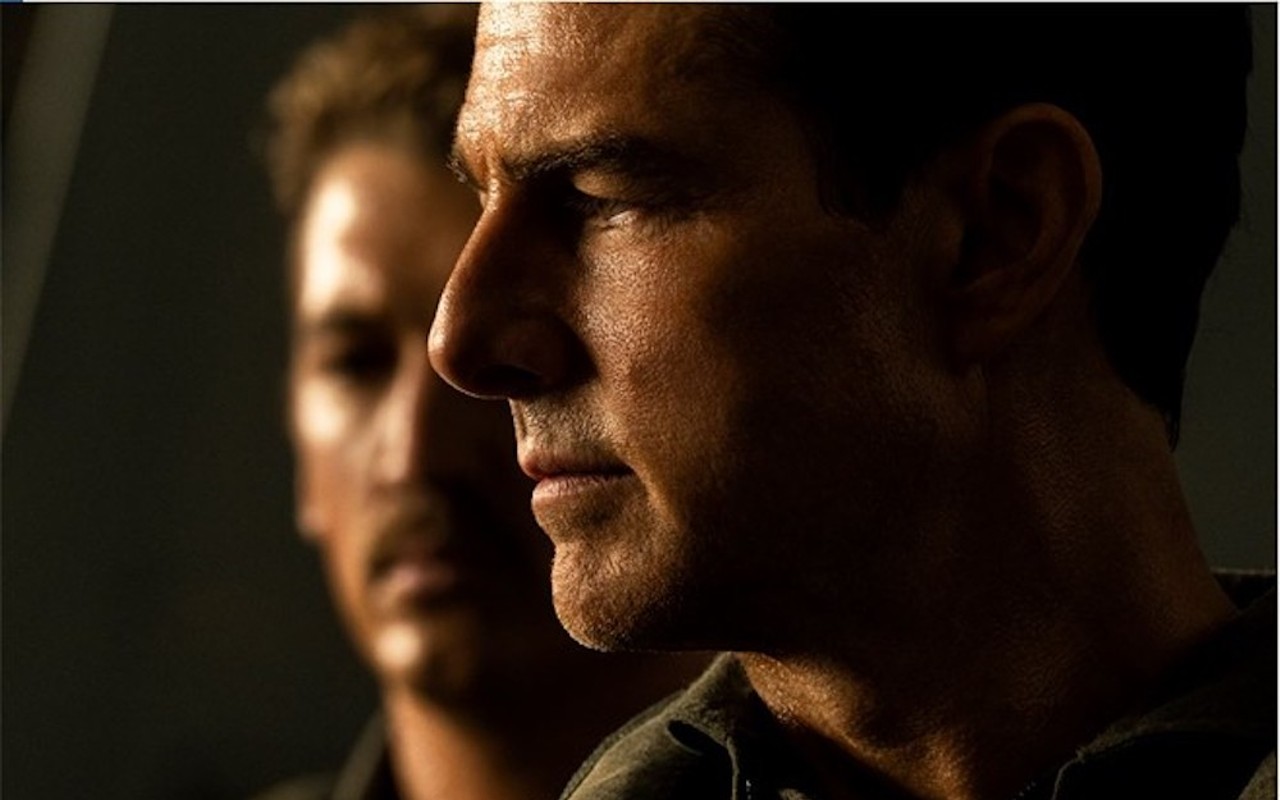 Review: 'Top Gun: Maverick' Flies Fast but Is Full of Nostalgia and Meaningless Inspirational Slogans: Don’t ask why. There is no why.