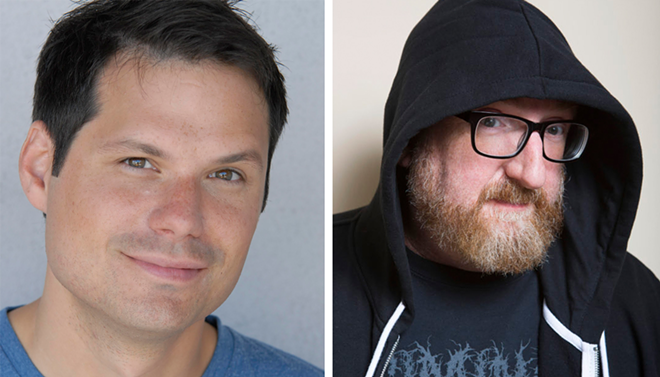 “I was interested in comedy in the same way any kid or teenager becomes interested in comedy,” says comedian/actor Michael Ian Black. “I listened to Eddie Murphy, George Carlin, Richard Pryor and Lily Tomlin. I also watched Saturday Night Live, but I never thought, ‘That’s what I’m going to do with my life.’ ”

Black did, however, envision a life in show business. “I thought I’d be an actor,” he says. “I’d be a serious actor doing serious stuff because, you know, I’m serious.”

At New York University, sketch comedy presented itself to him while he was studying acting, and Black wound up co-founding a group called The State, which went on to have a series on MTV from 1993-1995.

Having been a serious actor first, comedy delivered some challenges for Black. “I think one of the things that made it difficult for me was I had this barrier inside my head between what I would have considered serious acting and sketch comedy,” he says.

“At first, I felt like we were just messing around and playing,” he says of The State’s early days. “There was a contrast with the more rigorous (acting) training I was doing in college, which seemed more formalized. Looking back, I think that distinction was dumb. The sketch comedy was acting and while the acting wasn’t sketch, I regret that it didn’t have that playful aspect to it. That would have made it a lot more interesting and fun.”

It’s that serious side, though, that makes Black’s famously dry wit so entertaining, But he insists that wit probably developed before he started acting.

“Whatever sense of humor I have is natural, but was informed by my work with The State and the way I thought about comedy because I hadn’t before,” he says.

With 11 people in The State, the competition was fierce, but Black insists that was a good thing. “When you wrote a sketch it was understood that you would probably star in the sketch,” he says. “And because screen time was so limited, and there were so many of us, there was a huge competition to get your stuff on the air. Because of that, the sketch had to be really good to survive. We were pretty hard on each other, and that was a good thing.”

Black eventually started getting offers to do stand-up, but he resisted at first.

“I started accepting offers because I thought it was now or never,” he says. “I decided to embrace that fear of stand-up and just start doing it.”

As most improv and sketch performers that try stand-up quickly learn, there’s a great sense of freedom and flexibility in the latter. Of course, there’s no one to fall back on, either.

“Anything that happens on that stage is your responsibility and that’s awesome. But when it goes badly, you can’t blame anyone but yourself. And my inclination is always to blame somebody else,” he says with a laugh.

Stand-up comics that come out of sketch or improv usually make the move early in their careers, going to open mics with the other hopefuls. But that was not so for Black.

“In a way, I really regret not coming up that way for a variety of reasons. A lot have to do with craft and getting acclimated to the comedy scene and developing relationships that can be supportive.”

As an established sketch comedian, Black was thrown into the deep end of stand-up and had to learn fast.