My Cinematic Mixtape: Best Films of 2017

As a critic closing in on my second decade in the game, film forms the soundtrack and the visual framework for my life. I perceive the world in snippets and samples of the moving narratives of filmmakers, and part of living critical means being able to remix the impossibly human reflections, Altman-like fragments of dialogue and outsized frames of reference into an ordered sequence of hits documenting my ever-changing moods over the course of a year that has, to put it mildly, been like no other. These are my cinematic beats, chopped and screwed, much like 2017. 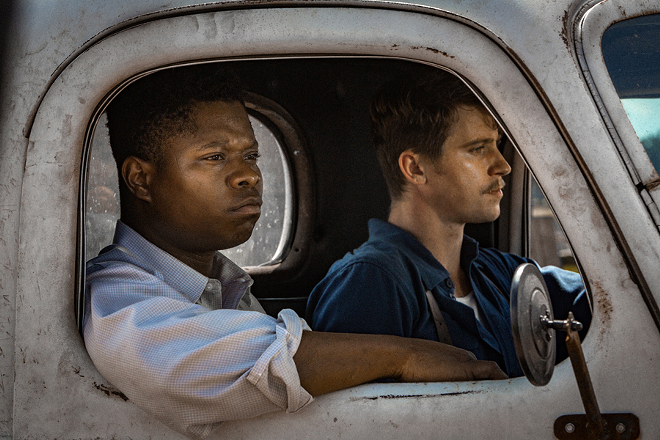 Mudbound (Dee Rees, director) – Mudbound, which primarily has been released so far via Netflix’s streaming platform rather than in theaters, will always feel like the perfect film-festival jam: the film you spend the whole fest searching for because it gives the experience new meaning. I went into the Toronto International Film Festival weighted down by the late-summer events in Charlottesville, Va. and the desire for film to offer some relief. Mudbound does. Adapted from a novel by Hillary Jordan, it’s about two World War II veterans — one black, one white — trying to readjust as they come home to racist Mississippi.

The film recalls the emergence of Barry Jenkins last year with his film, Moonlight. Rees makes a quantum leap from her previous indie coming-out/coming-of-age movie, Pariah, to this complex and quite intimate adaptation of a period saga that combines the peculiar legacy of race and the horrors of war. It reminds us that we spend much time considering the quagmires we find ourselves in around the world without paying attention to the muddy conditions dragging us down right here at home.

Lady Bird (Greta Gerwig, director) – Moving beyond her promise as an indie darling on the verge of a breakout, Gerwig commands the screen without ever making an actual onscreen appearance. But make no mistake: The story beats of Christine “Lady Bird” McPherson belong to Gerwig, the film’s writer and director. In Saoirse Ronan, who plays the titular character as a teen coming of age with a demanding mother, Gerwig has found the perfect avatar for the impatience of youth boldly striding into adulthood. 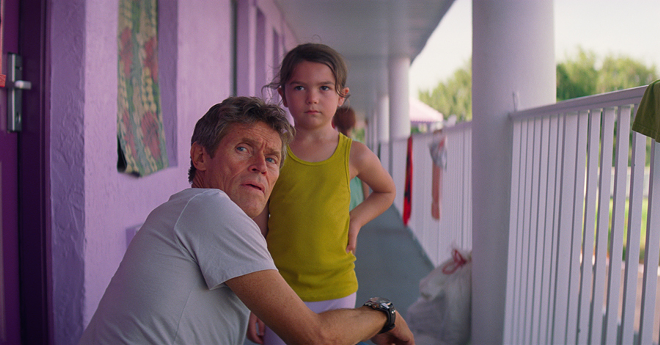 Photo: Courtesy of A24
Willem Dafoe and Brooklynn Price in The Florida Project

The Florida Project (Sean Baker, director) – How is it that Willem Dafoe has never won an Academy Award? His supporting-actor nominations for Platoon in 1987 and Shadow of the Vampire in 2001 scream and shout across all these years. Well, maybe the Academy will end up giving him one for his soulfully humanistic turn in Baker’s wrong-side-of-the-tracks fable about the disaffected lurking in the shadow of Disney World. He and Baker give voice to people who deserve to be heard.

Three Billboards Outside Ebbing, Missouri (Martin McDonagh, director) – We are conditioned to accept rage in movies taking form via outside monstrosities like hulking heroes or hungry flesh eaters, but isn’t it about time we recognize this fierce emotional expression in the worn faces of the aggrieved all around us? Frances McDormand embodies not only someone who is mad as hell, but she also shows us how to fight back (and there’s nothing fair about it, either). McDonagh is a playwright whose words, deeds and emotions cut, scratch and stab like Elvis Costello lyrics growled into restless ears preparing to face the nightmares to come. What doesn’t kill you definitely makes you stronger and ultimately able to consider forgiveness.

Photo: Sayombhu Mukdeeprom/Courtesy of Sony Pictures Classics
Armie Hammer (right) with Timothée Chalamet in Call Me By Your Name

Call Me By Your Name (Luca Guadagnino, director) – Guadagnino reminds us of what it was like the first time we encountered that crazy little thing called love. Call Me By Your Name is getting a slow rollout from its distributor. Written by James Ivory from a novel by André Aciman, it’s about an affair that develops between a 17-year-old boy (Timothée Chalamet) and a young man (Armie Hammer) assisting the boy’s father (Michael Stuhlbarg) during a stay in Italy. It is so convincing that those of us watching from our seats will see and accept what develops as what should have been.

Dunkirk (Christopher Nolan, director) – How does it feel to live through an elemental moment — the days, hours and minutes — of the kind of fear that recalls the sense of staring into the cold and immediate face of death with nothing to show for it? The idea of life flashing before your eyes is a myth, says Nolan in this film. There is nothing but the final haunting ticking down of the clock.

Get Out (Jordan Peele, director) – Wake up, America, to the subversive notion that for all of our promised progressive sensibilities, deep down our values remain firmly rooted in what made the country “great” back during its founding: the exploitation of others. While that probably sounds like a cynical political polemic, in his debut feature, writer-director Jordan Peele wrapped the sentiment up in savvy horror tropes.

The Square (Ruben Östlund, director) – How was Östlund ever supposed to top the powerful impression left by his previous Force Majeure, which continues to linger in my psyche like a haunting refrain? By daring us to question what we mean when we talk about community, courage, safety and art from a societal standpoint. And once again, he makes us supremely uncomfortable with scenes that appear absurd, until we take them down from the big screen and wander through them with those closest to us.

The Shape Of Water (Guillermo del Toro, director) – I share a special kinship with del Toro, who was raised Catholic but forever intrigued by the myths and fairy tales of the real world. His art in The Shape of Water, as with every film he’s ever made, involves his brilliant fusion of imagination with human urges. And in the emotive Sally Hawkins, whose character cannot speak, he has a fairy that lives to express everything she experiences through languages she’s dreaming up on the spot.

Blade Runner 2049 (Denis Villeneuve, director) – What were the real expectations for Villeneuve’s sequel to Ridley Scott’s 1982 Blade Runner, a difficult cult masterpiece adapted from the Philip K. Dick novel Do Androids Dream of Electric Sheep? In 2049, Villeneuve answered some questions lingering from that film, but he also dared to dive deeper into a future dreamscape.