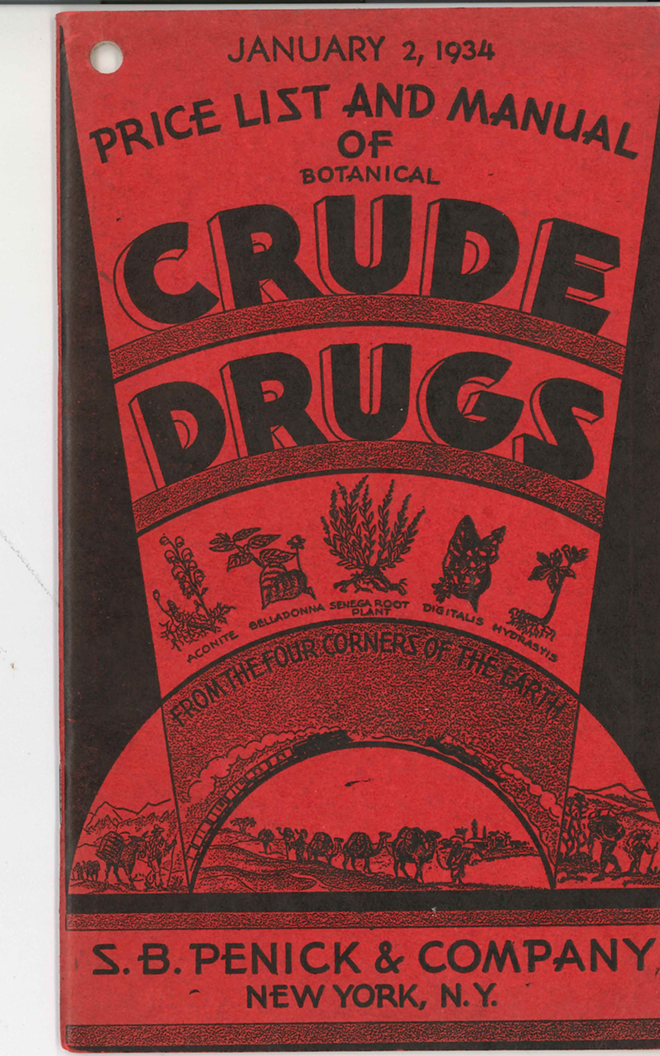 From opium in poppies to the digoxin from foxglove and quinine from the cinchona tree, modern drugs are rooted in ancient plants.

Pharmacognosy Illustrated: A History of Natural Pharmaceuticals, an exhibition at the downtown Lloyd Library & Museum, chronicles the role plant-derived treatments have played throughout history and today. The Lloyd’s exhibit, which showcases some of the earliest written evidence of medicines, runs until Sept. 21.

The term “pharmacognosy” — the knowledge of drugs — was made popular in 1815 by a German medical student named C.A. Seydler, says Lloyd Library Executive Director Patricia Van Skaik. Pharmacognosists were practitioners who prepared crude drug substances, diagnosed and dispensed medicines made from plants, fungi and animals.

At the Lloyd, a research library and museum devoted to works of botany, pharmacy and medicine, visitors can see natural drugs throughout history, including a book with images of the Ebers Papyrus, the scroll in which Egyptians documented 70 drugs around 1550 BCE.

“The main piece in the collection that affects the United States is the Pure Food and Drug Act of 1906,” says Lloyd archivist Devhra BennettJones, the exhibit’s curator. That statute radically changed early pharmacy practices by regulating food and drugs that moved through interstate commerce for the first time.

The cornerstone of the exhibit is work from the past 200 years, including artifacts from the library’s founders, brothers Curtis Gates Lloyd and John Uri Lloyd. The Lloyds were successful Cincinnati pharmacognosists in the 1800s: John was twice named president of the American Pharmaceutical Association and advocated for pharmacists to keep their traditional role of preparing drugs, not just dispensing them.

“You can see the tools of the trade in this exhibit,” BennettJones says. “We have several crude drug kits, collections of substances a pharmacognosist would use to develop medicines for patients.”

Crude drugs — dried, unprepared materials made from plants, animals or minerals — were the foundation of pharmacognosy.

“The pharmacists of the era were really most similar to compound pharmacists today,” Van Skaik says. “Like doctors of the time, they made house calls; they would come to you to address your medical needs.”

The Lloyds excelled in making not just medicinal compounds, but also equipment pharmacists could use.

“John Uri Lloyd was an inventor, a pharmacist, a teacher and a chemist,” Van Skaik says. “He developed apparatuses, like a traveling drug kit, and patented it. It was sold widely in the U.S. and abroad, and we have a sample of it here.”

Other artifacts are botanical illustrations from the late 19th and early 20th century including renderings of foxglove, the plant that forms the basis of the modern-day drug digoxin that is used to treat congestive heart failure. Also, old prescription records, antique microscopes and memorabilia from the Cincinnati-based Eclectic Medical Institute are on display.

Alongside rare books and relics, the exhibit showcases dried specimens borrowed from the University of Cincinnati Herbarium including lily of the valley, from which convallatoxin — another substance used to treat heart failure — is extracted. A kit showing the chemical compound of the drug atropine, which has a variety of contemporary uses including treatment for insecticide poisoning, is a highlight of the show. First isolated in 1833, atropine is lauded by pharmacognosists as one of their most significant contributions to medicine.

The photographs by horticulturalist Arthur E. Curtis, who grew and hybridized poppies at his farm and greenhouse on Argus Road in College Hill in the 1920s and 1930s, are featured in the library gallery. An avid gardener and member of the Cincinnati Men’s Horticultural Society, Curtis grew the flowers and photographed them for their beauty.

But poppies, which ancient Sumerians called Hul Gil (the “joy plant”), had a long history as both a painkiller and euphoria drug — heroin, morphine and other opiates can be derived from opium poppies. By the end of the 1800s, heroin addiction had risen to alarming rates; in 1905, Congress banned opium in the United States.

At the Lloyd, the stunning 17 black-and-white poppy images by Curtis create a sharp mental contrast to the horrors of opiate abuse.

“One reason we included these beautiful images is to remind us that any drug — and this is true even with natural pharmaceuticals — can have both very positive benefits and danger,” Van Skaik says.

References to medical marijuana are in the exhibit, too. Marijuana also was part of the Lloyds’ armamentarium.

“We don’t have samples of the Lloyd brothers’ specific medicines (derived from) cannabis, but we did find their promotional material — the actual brochures they distributed in their quest to sell their version of that specific medicine,” BennettJones says.

On Sept. 21, Eric Tepe, curator of the University of Cincinnati Herbarium, will present “Mosquitoes, Jesuits, and Botanical Expeditions: The Cinchona Tree and the Fight against Malaria” at the Lloyd, a discussion about the anti-malarial properties of quinine, made from cinchona bark.

Quinine, which gives tonic water its bitter taste, may have changed the course of the British Empire. “The gin and tonic has saved more Englishmen’s lives, and minds, than all the doctors in the Empire,” Winston Churchill once declared. In that spirit, the Lloyd Library will serve G-and-Ts before the lecture, which is open to the public. Reservations are required.