Production for "Bones and All" — Guadagnino’s first movie to be filmed in America — will begin this week. 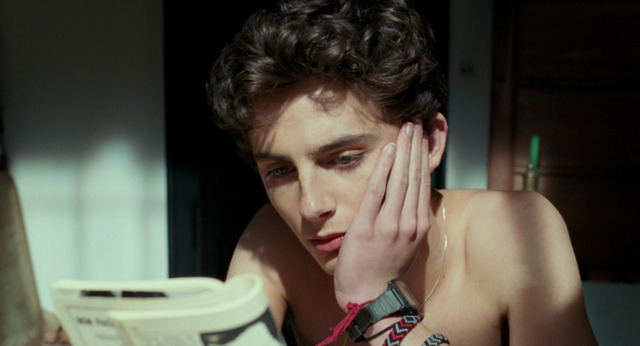 Photo: Sayombhu Mukdeeprom / Courtesy of Sony Pictures Classics
Timothée Chalamet in Call Me by Your Name

Academy Award-nominated dream team Luca Guadagnino and Timothée Chalamet (Call Me by Your Name) are reuniting in Cincinnati for a new feature film.

Production for Guadagnino's Bones and All will begin in the Tri-State this week.

“Our local crews are back to work in Cincinnati on feature films and we couldn’t be happier,” says Kristen Schlotman, executive director of Film Cincinnati, in a release. “This will be Guadagnino’s first film to be made on American soil and we’re honored to have it right here in our region.”

The film is a love story following a Maren and Lee "as they meet and join together for a thousand-mile odyssey which takes them through the back roads, hidden passages, and trap doors of Ronald Reagan’s America," reads the release. On the journey, they are confronted with their past and their love is tested.

“I’ve been totally influenced by the American culture, American cinema and now, American landscape, so I’m very happy and proud that I’ve finally come to this shore,” Guadagnino told Deadline in a recent article. “The last few months have been amazing for me, getting to know this part of the country, which is beautiful and unseen.”

Film Cincinnati's Schlotman says the film will be shooting through mid-July and will put "hundreds of locals to work, not to mention book thousands of hotel rooms while on location. The impact will be significant.”