It's funny cuz it's true. 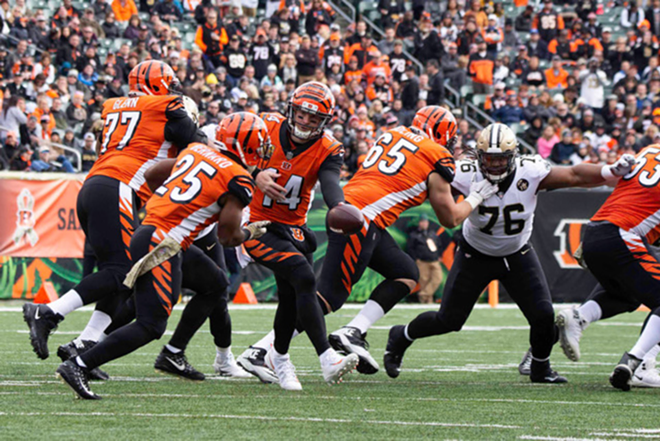 The New Yorker has released a parody of President Trump's premature victory call in the presidential election (votes still have to be counted in some battleground states) by mocking the Cincinnati Bengals.

In an early-morning victory statement that took many in the N.F.L. by surprise, the Cincinnati Bengals have declared themselves the winners of next February’s Super Bowl.

The declaration of victory seemed designed to stir controversy, in no small part because sixty minutes of the sixty-minute-long contest have yet to be played.

But the Bengals remained defiant, arguing that no touchdowns, extra points, field goals, or safeties scored after their announcement should count.

It's funny — because we are definitely not going to win the Super Bowl. Or play in it?

Per USA Today Sports, "The Cincinnati Bengals (2-5-1) currently sit in last place in the AFC North...Only three teams in the NFL have longer Super Bowl LV odds than the Bengals. Cincinnati is currently listed at +75000. Only the New York Giants (+100000), Jacksonville Jaguars (+100000) and New York Jets (+500000) have longer odds. The Bengals’ odds have gotten longer since before the season."