Newport Aquarium Ranks No. 6 in the Nation

As voted by the readers of USA Today 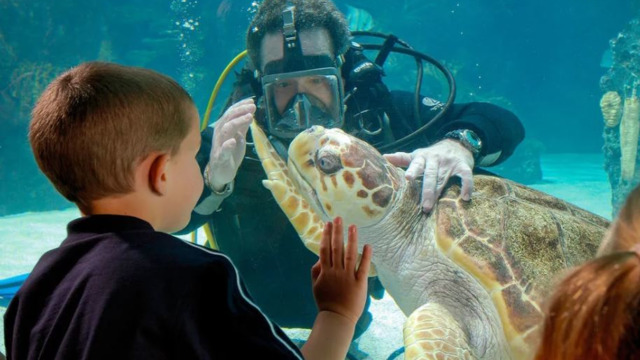 So not only does Cincinnati have the best zoo in the nation according to a recent USA Today readers poll, but we also have one of the top 10 best aquariums.

The Newport Aquarium just ranked No. 6 in the country in the same poll.

The award comes as part of the paper's 10Best Readers' Choice Awards, for which USA Today's travel experts picked the top 20 nominees in each category ranging from food and lodging to destinations and things to do and then readers made the final decision by a public polling process.

The Newport Aquarium is also celebrating its 20th anniversary this year, with the launch of some new exhibits, including Jim Henson's Splash and Bubbles Reeftown Adventure and Freshwater Falls, which offers guests a peek beneath the surface of a Kentucky waterfall habitat and the plants and animals that live there.

The Newport Aquarium is located at Newport on the Levee. For more info, visit newportaquarium.com.