Saturday night's NFL Honors program highlighted key players who recently passed away — but not the man who spent his entire career with Cincinnati and nabbed 65 interceptions. 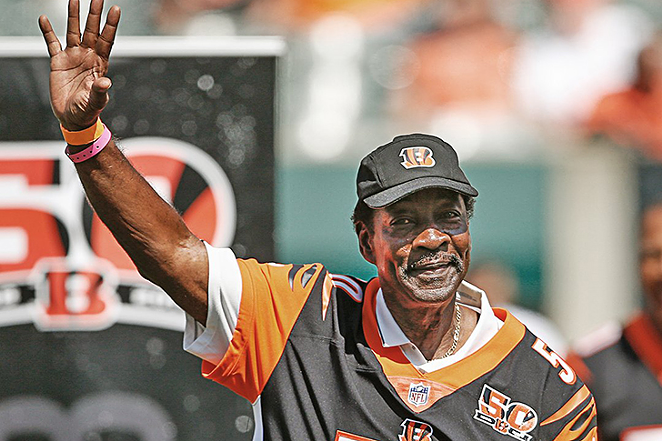 The Cincinnati Bengals are calling foul on the NFL for ignoring a city legend who passed away last year.

On Feb. 8, just a few hours before the kickoff for Super Bowl LV and shortly before Miley Cyrus began her TikTok tailgate performance, the Bengals tweeted their dissatisfaction with the National Football League for omitting Ken Riley from its “In Memoriam” segment during the previous night’s NFL Honors awards show.

The “In Memoriam” segment highlights influential players, coaches, back-office team members and others who passed away during the previous year. Singer Leslie Odom Jr., best known for his role in Broadway’s Hamilton, performed during the Feb. 6 segment.

Riley, a cornerback who spent his entire career with the Bengals, died June 7.

“We are extremely disappointed Ken Riley was not featured in the “In Memoriam” segment during last night’s NFL Honors,” a post on the Bengals' Twitter feed reads. “Ken left a great impact on the Bengals and the NFL. His legacy deserves to be honored among the greatest to ever play the game.”

“Thank you @Bengals for the support, it was truly disappointing! My father Ken Riley Sr is part of the NFL History. He is # 5 All Time on the Interception list but he was an even better Man!!! It is truly a crime he never got the recognition he deserved,” the younger Riley tweeted.

Nicknamed “The Rattler,” Riley played 207 games and spent 15 seasons with the Bengals, both in the AFL and the NFL. He’s considered one of the Bengals’ all-time best players, with 65 interceptions — fifth-most in NFL history. With Riley at its side, the team went to the playoffs five times and had its first Super Bowl run in 1982.

Riley later became head coach and athletic director at Florida A&M, the alma mater where he had been a starting quarterback, had been selected for a Rhodes Scholar Candidacy and later would coach his son, the younger Riley.

But the NFL frequently asks “Who dey?” when it comes to Riley or the Bengals. Despite Riley’s accomplishments and the league-wide acknowledgment of his talent, the Pro Football Hall of Fame in Canton has repeatedly neglected enshrining him among its greats.

A Sports Illustrated piece lays out the evidence:

Yet the Hall hasn’t noticed, and maybe that’s where the mystery gets solved. Because it’s not just Riley who hasn’t gained the attention of Canton; it’s the entire Bengals’ franchise. In the 52 years of the Bengals’ existence, there is only one – one – player enshrined who spent the bulk of his career in Cincinnati, and that’s Anthony Munoz, perhaps the greatest tackle of all time.