Nine Is the Deadliest Number

Ned Stark’s fall at the Great Sept of Baelor. The Battle of Blackwater Bay. The Red Wedding. The Battle of Castle Black. The Sons of the Harpy’s attack on Daznak’s Pit. What do all of these plot points have in common? 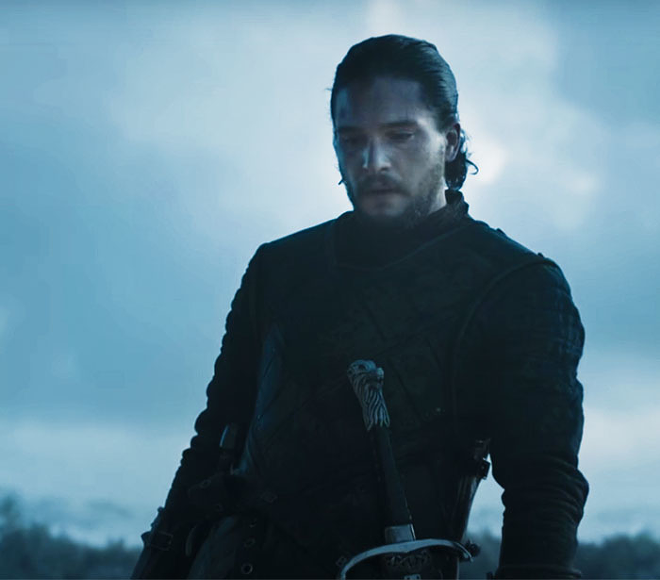 Ned Stark’s fall at the Great Sept of Baelor. The Battle of Blackwater Bay. The Red Wedding. The Battle of Castle Black. The Sons of the Harpy’s attack on Daznak’s Pit (not to mention Shireen’s sacrifice).

What do all of these plot points have in common? They’re all majorly epic and memorable scenes from Game of Thrones (9 p.m. Sunday, HBO), and they all take place in the second-to-last of their respective season’s 10 episodes.

Game of Thrones set a new standard when it killed off the main protagonist in the final moments of Season 1’s penultimate episode. The show treats Episode 9 the way others approach a finale, firing action and drama on all cylinders before devoting a final episode to fallout, a bit of resolution and just enough build-up to leave us hungry for the next chapter.

How will this season continue the tradition? The Battle of the Bastards. That’s right — it’s Snow vs. former Snow in a fight for the North. But beyond that, it’s good vs. evil: The recently reunited Jon and Sansa return to their family home at Winterfell to overthrow House Bolton (read: destroy mega-villain Ramsay) and reclaim and reunite the North in preparation for an even bigger, deadlier battle. What could possibly go wrong?

Ahead of the June 26 finale to Season 6, it appears we’ll find out in this week’s episode whether the Starks’ mix of Northern troops can fight alongside the wildlings, Rickon can reconnect with his siblings and Davos can cope with the truth about Shireen.

Another Period (Season Premiere, 10 p.m., Comedy Central) – Beatrice and Lillian meet Harriet Tubman, who offers tips on getting famous; Peepers brings a new servant to the estate; Chair has a baby.

Vice World of Sports (11 p.m., VICELAND) – Gambling in the age of fantasy sports.

Orange Is the New Black (Season Premiere, Netflix) – Piper gets thrown off her high horse; Sophia hits a new low; Morello faces the truth; a celebrity chef joins the Litchfield crew; flashbacks for Maritza and Blanca.

Silicon Valley (10 p.m., HBO) – Richard tries to connect the business with its users; Jared goes to great lengths to keep everything together; Gavin discovers secrets.

Veep (10:30 p.m., HBO) – Catherine and Marjorie fight; Selina has an interview; Mike prepares to become a dad of three.

Scream (11 p.m., MTV) – Brooke grows concerned over Jake’s disappearance; Kieran has a surprise is in store just in time for his birthday.

Woman (10 p.m., VICELAND) – The fight against sexual assault in the U.S. military.