Visitors can see the ancient handscroll as part of the 'Galloping Through Dynasties' exhibit from Nov. 18-Jan. 1. 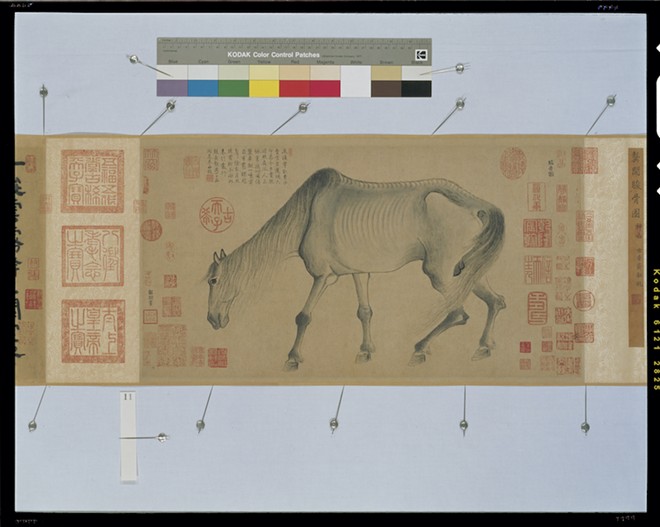 An art masterpiece that’s hundreds of years old is taking a rare trip from Japan to the Cincinnati Art Museum.

The museum announced in a press release that "Noble Horse," a handscroll work that was part of the Qing dynasty’s (1644-1911) imperial collection in China, will be featured in the second half of its Galloping Through Dynasties exhibit.

According to the museum, the scroll was painted by government official and painter Gong Kai sometime in the 13th or 14th centuries during the Yuan dynasty (1271-1368). Because of its age and significance, the museum says it rarely leaves its current home at the Osaka City Museum of Fine Arts, where it’s part of their permanent collection.

“This is the single most important painting to help us understand what happened under Mongolian rule,” Hou-mei Sung, the exhibition’s curator and the Cincinnati Art Museum’s curator of East Asian Art, said in the release. “It’s an important, meaningful masterpiece that represents a crucial moment in Chinese history. We are honored to be among the few museums to have it on view outside of the Osaka City Museum of Fine Arts.”

The scroll features a starving and neglected horse with its head hanging down, a symbol that was most likely representative of Gong himself, says the museum. Gong was a scholar and official during the late Song dynasty (960-1279) and loyal to the dynasty. However, after the Mongol conquest in 1279, he refused to serve the new government and became a painter-recluse. His paintings always expressed his indignation and defiance under the new rulers.

“Though emaciated and nearly skeletal, one can still recognize the Noble Horse’s fine frame and defiant spirit,” the museum said in the release.

The scroll will be on display from Friday, Nov. 18 to Sunday, Jan. 1, 2023 at the Cincinnati Art Museum. The exhibit is free.