A Northern Kentucky city is once again bribing its citizens to fill out their Census form.

Last time, Newport was giving away $50 gift cards to anyone who could prove they completed their Census. This time, the Covington Census Committee is heading to Dari-Crest Ice Cream in Latonia to give away swag bags and tasty treats to those who fill out their Census form on Friday night.

From 4-7 p.m. Friday, July 31, anyone who completes their form during the Census Grill-Out & Ice Cream Event will get goodies plus foot-long hot dogs, hamburgers, chips, soft drinks and ice cream to go.

"We're on a mission to make sure every person in Covington is counted for the 2020 federal Census, and it's vitally important that we succeed," said Covington Vice Mayor Michelle Williams, who is leading the City's effort.

Volunteers will be on hand to assist anyone who needs help filling out their form on their phones. Forms can be filled out via paper, phone (1-844-330-2020) and online at 2020census.gov. Bring your geographic-specific access code, if you have it. 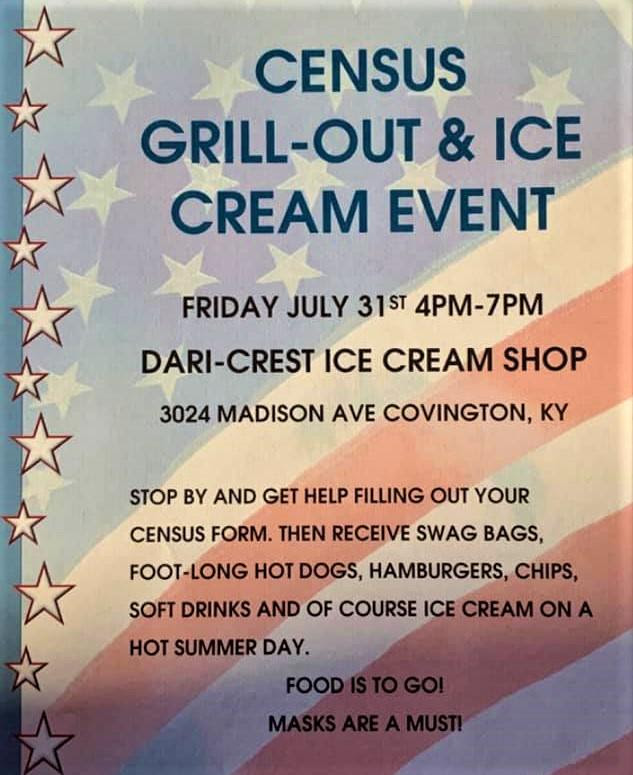