As part of ESPN’s Emmy-nominated 30 for 30 docuseries, O.J.: Made in America (Premiere, 9 p.m. Saturday, ABC) considers the varied facets of Simpson’s life in the greater context of American culture. 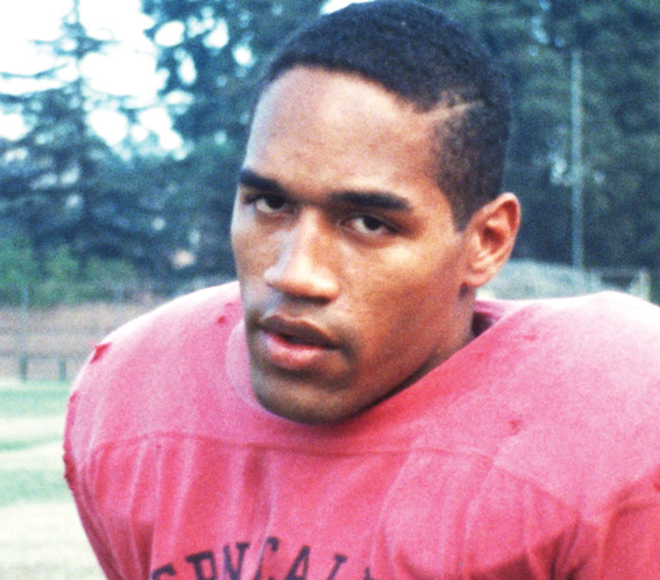 A young O.J. Simpson at the University of Southern California

Just months after the wildly popular FX miniseries American Crime Story cracked open the O.J. Simpson trial for American audiences once again, ESPN presents a comprehensive look at Simpson’s life as an athlete, a pop culture icon, an African-American in a racially divided society and a man at the center of one of the country’s most infamous murder trials.

As part of ESPN’s Emmy-nominated 30 for 30 docuseries, O.J.: Made in America (Premiere, 9 p.m. Saturday, ABC) considers the varied facets of Simpson’s life in the greater context of American culture. The film premiered at Sundance Film Festival earlier this year and has garnered critical acclaim and public anticipation ever since.

The first of five parts airing on ABC this weekend takes us back to the beginning — not just to Simpson’s early years, but to the Great Migration that saw millions of black families move away from the South, many relocating to California, where Simpson’s story unfolds.

Decades after his football career ended, 22 years after the murders of Nicole Brown Simpson and Ronald Goldman and almost eight years since he’s been locked away for an unrelated crime, America still has a lot to say and, perhaps, a lot to learn about O.J. Simpson.

Inside Amy Schumer (10 p.m., Comedy Central) – Amy goes to the gyno, helps a reptile and worries about babies.

Ride with Norman Reedus (Series Premiere, 10 p.m., AMC) – Norman Reedus cruised into our hearts as the loveable bad-boy biker Daryl Dixon in The Walking Dead, quickly becoming a fan-favorite on and off screen. And since Reedus has a real passion for motorcycles, he’s hitting the road to check out bike culture around the country. Each unscripted episode features Reedus and a pal hitting up a different city, visiting custom shops, meeting mechanics and testing out toys. So can Dead’s strong silent type succeed at carrying his own show? This week he’s joined by Rock & Roll silversmith Imogen Lehtonen for a cruise up the Pacific Coast Highway for some fun with futuristic bikes, dune buggies and podcasting.

Game of Thrones (9 p.m., HBO) – Brienne and Jaime reunite but are torn in different directions. Arya’s battle against the Waif continues. And it looks like Cersei’s anticipated trial-by-combat with Ser Strong/zombie Mountain could happen soon — but who will the High Sparrow choose to fight on behalf of the Faith? Oh Hooound...

Silicon Valley (10 p.m., HBO) – Erlich has trouble telling the truth to Richard, who must make a difficult decision about the future of the company. Elsewhere, Jared unveils new Pied Piper swag and Gavin turns and faces the strange.

Veep (10:30 p.m., HBO) – Selina and Catherine get in the Christmas spirit at Camp David, where the staffers plan secret negotiations. Meanwhile, Amy and Dan try to humanize Jonah.

Scream (11 p.m., MTV) – Emma copes with the unexpected return of her dad; Audrey’s stalker gets bloody terrifying; Branson is back.