Pendleton Will Become a Giant Clue Game this Summer 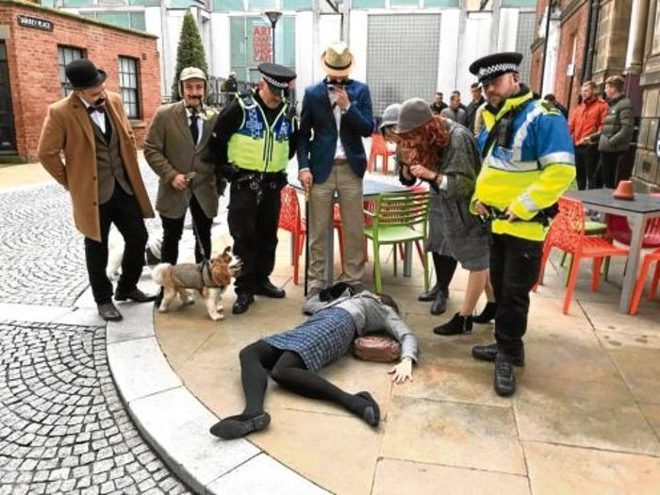 Photo via cluedupp.com
The interactive game will take over Pendleton on June 15

If the board game Clue was a childhood favorite of yours, this life-sized, virtual murder mystery may be right up your alley.

The Cincinnati edition of the British CluedUpp detective game is called "Sneaky Finders," and it is taking over Pendleton in June. The story is set in a fictional town called Millingham and, using an app, teams of two to six detectives will have to work together to solve a murder, searching the neighborhood for virtual witnesses to narrow down suspects.

Tickets cost $42 per group and players will need a smartphone in order to access the application for the game. They will also need to come up with a creative name for their team and are encouraged to dress in 1920s garb.

The length of the game depends on the expertise and skill of each team, but it will begin at 11 a.m. June 15 and should last between one and four hours, with an average solving time of 2 hours and 20 min. It is expected that there will be around 100 teams participating.

There will be prizes awarded to groups for best dressed, best team picture, best team name and best little detectives and K-9 detectives for kids and dogs.

For more information and to purchase tickets, visit their website.