The service's focus has largely been on partnering with local farms and gardens to provide composting material to use as soil. 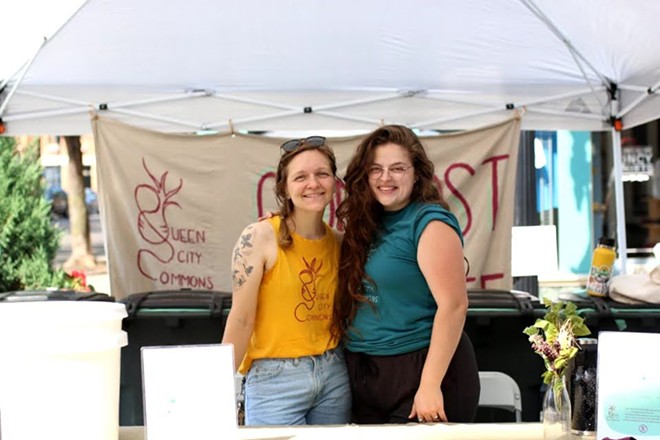 Turn food waste back into soil — that’s the initiative upon which the composting service Queen City Commons (QCC) was founded.

Started by Marie Hopkins, the idea first formed over a conversation with a friend who had recently moved into an apartment and was in search of an organization to take her food scraps.

“I had heard about the service in a few other cities and was looking to do something new,” Hopkins tells CityBeat. “I thought, ‘(Composting) is really easy and should be accessible for everyone.’”

With a background in biomedical engineering and nonprofit experience, Hopkins began researching the idea in 2019. She later set up a GoFundMe and received a $10,000 Hamilton County Waste Reduction Innovation Grant to fund the project.

QCC started collecting scraps by the beginning of 2020, just before the COVID-19 pandemic hit. Currently registered as an LLC, it’s in the company’s five-year plan to transition into a worker-owned cooperative.

As composting services have become more prominent in cities across America, so too has the role food waste plays on the environment. 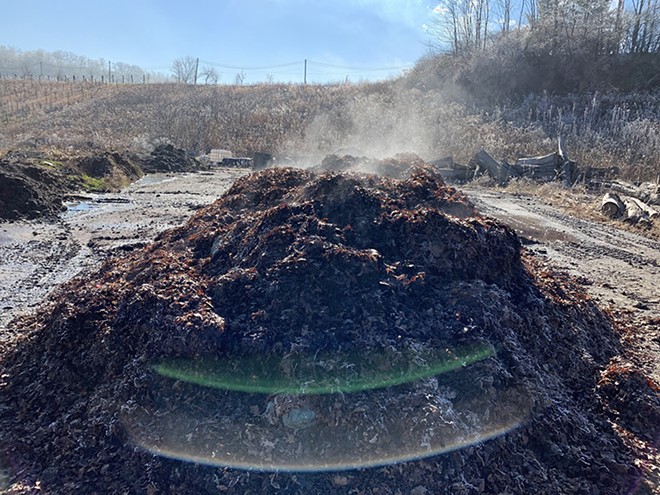 A 2019 report from Greater Cincinnati sustainability alliance Green Umbrella cites that 40% of food produced in the U.S. is wasted, which not only squanders resources but also produces greenhouse gasses. Cincinnati is not an anomaly: The same report notes that “more than 30% of organics entering the landfill could be residentially composted and nearly 50% could be commercially composted.”

Hopkins says QCC started off in March 2020 doing commercial collection but pivoted to include residential drop-off locations. Julia Marchese was one of the first residents to sign up for QCC’s services and later joined Hopkins as the company’s second employee.

“We try to make it as accessible as possible,” Marchese says. “With (the) commercial operation, we offer up as much information as possible about how the process works, what’s compostable and what’s not as well as doing employee training so we’re not getting a lot of contaminants.”

QCC currently has 17 commercial partners, including coffee shops, restaurants, offices and food pantries. Around 120 residents are signed up to use their community bins. 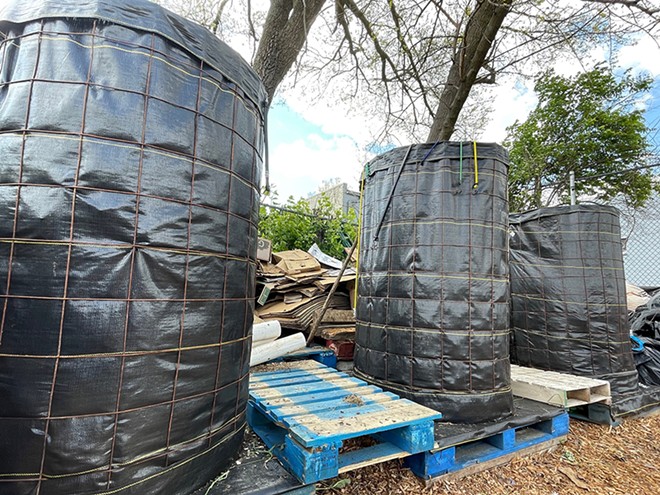 For residents, QCC accepts compost on a sliding-scale payment option — between $5 and $15 per month, based on income. Neighborhoods with drop-off locations include College Hill, Northside, Over-the-Rhine, Walnut Hills and Madeira. QCC also collects scraps at the Northside Farmers Market every Wednesday during summer.

Marchese notes that their drop-off locations are chosen intentionally, whether to be close to an apartment building or in a more concentrated urban area.

“That’s part of the thought behind the drop-off: If you don’t have time, energy or space to (compost) at home, you have one close by in the neighborhood,” Marchese says.

Though QCC is a small part of the food waste solution, Hopkins says multiple avenues are needed to tackle the issue. Their focus has largely been on partnering with local farms and gardens to provide composting material to use as soil. Food scraps collected by QCC are composted back into soil that farms can then use to grow more food, offering at least one way to reduce waste.

In Ohio, non-residential facilities larger than 500 square feet that compost are required to register with the state’s EPA. This can be a barrier, Hopkins says. So far, QCC has partnered with growers that meet those guidelines, including Carriage House Farm and Walnut Hills Gardens, to compost collected food scraps without having to register with the state’s EPA. Such collaborations speak to their closed-loop ethos.

As an example, Marchese says QCC collects around 150 to 200 pounds of scraps per week from Bouquet, a restaurant in Covington. That material is then taken to Carriage House Farm, which uses the finished soil in garden beds to grow produce, some of which Bouquet buys. Seeing those circular relationships in action, Marchese says, is a “proud mom moment.”

Most of the scraps QCC collects are vegetative: onion and banana peels, moldy bread, overripe produce, greens, coffee filters, beans, eggshells and paper. Each of their 64-gallon residential compost bins includes a label with information on acceptable items to toss in. 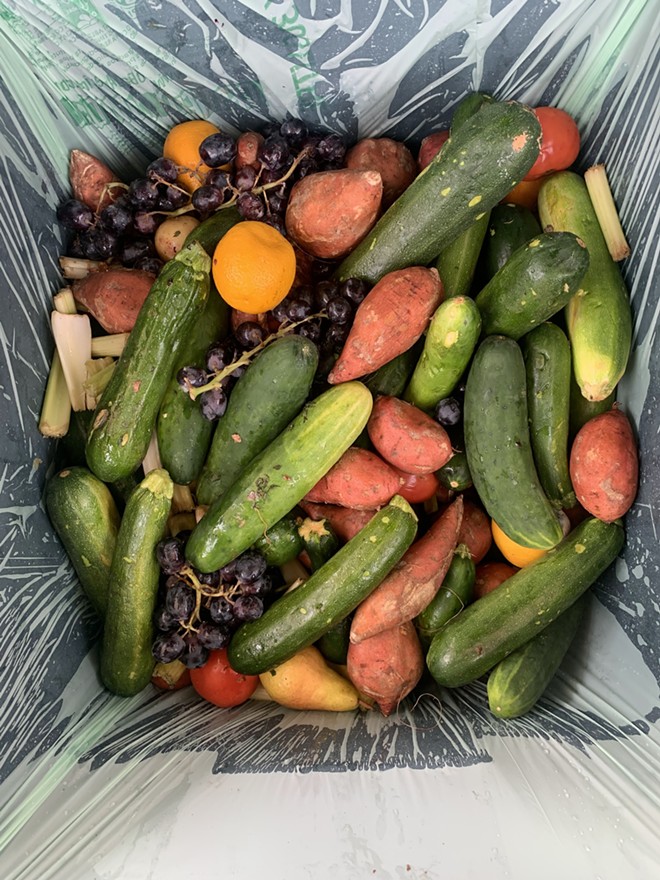 Since QCC only does small-scale composting, they are unable to accept the “compostable’’ plastics that you might get at a coffee shop or restaurant. These plastics need to be processed at larger facilities.

“If you are conscious of going to a farmers market or buying local produce, that’s one way people can connect with the natural world and our reliance on it,” Hopkins says. “Composting is a way to connect to the other end of that. You know where you’re buying your food from and you’re also choosing to do something with what’s leftover.”

The leftovers are then turned into something useful that can provide nutrients, Hopkins says. If humans won’t eat it, soil biology will.

Marchese adds that composting makes people more aware of their own consumption and community impact.

As QCC grows, they hope to expand the model already in place by adding drop-off bins in more Hamilton County neighborhoods. They also aim to create more of a network of places to process their scraps.

Find out more about how to compost with Queen City Commons
and get addresses for current residential drop-off bins at queencitycommons.com.