The zoo's beloved sea cows are headed back home. Your last chance to visit with them is this Friday, Sept. 18. 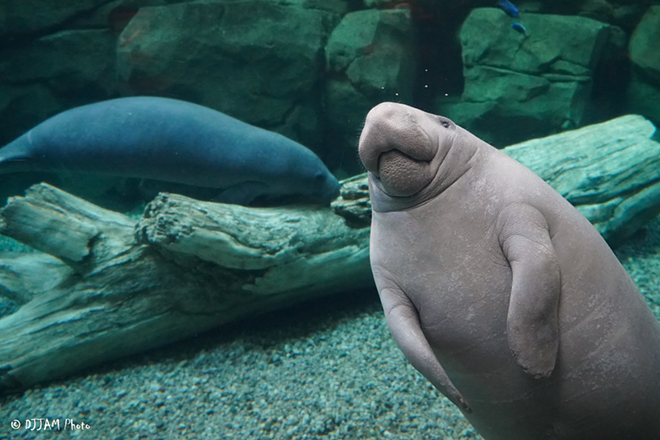 The Cincinnati Zoo & Botanical Garden is saying "farewell" to their two rehabbed Florida manatees Pippen and Truffleshuffle, as they will soon send them back to their homeland of Florida to be released into the wild.

The last day to visit the manatees will be Friday morning (Sept. 18), after which the zoo team will be prepping them for their travel back home.

The Cincinnati Zoo has been involved in the U.S. Fish and Wildlife Service's Manatee Rescue and Rehabilitation Partnership (MRP) for over 20 years, and these will be the 19th and 20th manatees that the zoo has rehabilitated since participating.

“It’s tough to see them go, but it’s also a moment to celebrate. Our role in the MRP is to rehabilitate sick, injured and orphaned manatees that have been rescued and so they can ultimately be released back into the wild," said Cincinnati Zoo’s manatee curator Winton Ray in a press release.

According to the release, the Cincinnati Zoo is one of only two U.S. zoos outside of the state of Florida to be involved in MRP.

“It’s an honor to participate in the MRP and to have the opportunity to help these amazing animals get a second chance at life in the wild,” Ray said.

The manatees will initially be taken to SeaWorld Orlando, accompanied by the zoo's head vet and manatee keepers. After they've been re-acclimated to their former homes, the caretakers will release them into their native habitats. "Truffleshuffle is likely to be released in early 2021. Pippen is smaller and may require extra time before he is ready for release," says the press release.

Until spring 2021, Manatee Springs will not be home to any manatees as the habitat undergoes some renovations and repairs, but visitors will have the opportunity to visit alligator snapping turtles, crocodiles, snakes and fish in the meantime.

"The Florida manatee, downgraded from endangered to threatened in 2018, is at risk from both natural and man-made causes of injury and mortality," the press release notes. There are several factors that threaten the species — both natural and caused by humans — including exposure to red tide, cold stress, disease, boat strikes, entanglement in or ingestion of fishing gear. "As of 2016, the population was estimated to include 6,000 animals."

Visit the cincinnatizoo.org to learn more.