Review: Can Jordan Peele Save the Summer Movie Season? ‘Nope’

Peele’s latest is packed with big ideas and full of cloaked meaning, but it fails to form a satisfying narrative. 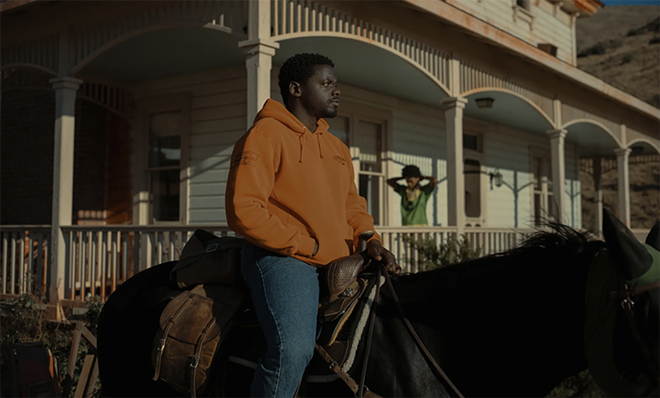 Photo: Universal Pictures
That ominous shadow you see at the bottom of this publicity image for 'Nope' could be both a tease to whet your imagination and a metaphor to illustrate the weight of expectation that follows any new film by Jordan Peele.

There’s a lot to unpack concerning Jordan Peele’s third feature film, Nope, which should come as no surprise.

In just five short years, Peele has achieved a level of acclaim that few other directors can relate to. His first two films, 2017’s Get Out and 2019’s Us, were universally lauded and meticulously dissected, in large part for his spot-on social commentary concerning race and horror.

It must be an incredibly heavy burden, that weight of expectation, that now accompanies each new project and the scrutiny that follows from inception to completion.

From its earliest teaser trailer, Peele’s Nope somehow managed to keep many if not most key plot details hidden, even if it couldn’t completely disguise that it likely dealt with something extraterrestrial.

And for at least one fan, me, that unknown quality, that anticipation of discovery, that potential for greatness, elevated Nope through the ranks of must-see summer movies until it became my most-anticipated film of 2022.

It’s fitting then that a good chunk of Nope examines how we as Earthbound creatures crave spectacle, even when it defines us and threatens to destroy us.

He even gives such moments a name, bad miracles, which is chillingly apt.

But that’s not all.

With Nope, Peele continues to shine a deservedly harsh light on how Hollywood has overlooked and/or ignored the impact of Black culture; yet, he also seems to be making a sharp distinction between how white and Black characters are represented on-screen, particularly in horror movies.

Case in point: OJ Haywood (Oscar winner Daniel Kaluuya) masks his emotions to such a degree that it’s almost maddening; however, when crazy shit starts happening at his family’s rural California horse ranch, it’s Haywood’s stoic demeanor and refusal to panic that seems to keep him alive.

Whereas a white character might bolt for safety, thereby exposing themselves to whatever threat existed, Haywood never moves, choosing to ignore the threat by not looking at it until the threat has passed.

Peele also seems to be making an overall statement, or at the least some sharp critical observations, about society, by returning frequently to images of animals in nature fighting for dominance and/or survival. The most unsettling of these segues involves a popular network sitcom centered around a primate and the day that animal actor goes on a bloody rampage during a live studio-audience taping.

What does it mean? I haven’t a fucking clue, but I haven’t stopped thinking about it for days.

So, in accepting that I don’t really know jack-diddly, here are a few more observations:

The title, Nope, also is a word that’s uttered several times throughout the film, most notably when OJ’s sister Emerald (Keke Palmer) asks a blindingly white film crew if they can name the very first person, a Black man, ever captured on film and when OJ first finds himself in the crosshairs of the horrific discovery at the heart of Peele’s narrative.

In both instances, the word "nope" is uttered with defiance and the futile recognition that little has changed or will change without further action.

We all know that the summer movie blockbuster, which in and of itself is a type of spectacle, was launched in 1975 with Jaws, a movie that conditioned people to be wholly aware of their surroundings for fear a shark fin might appear.

With Nope, Peele and famed cinematographer Hoyte Van Hoytema completely flip that idea, turning viewers away from the water so their heads point to the sky and the terrifying notion that within a massive expanse of clouds something terrible might be hiding in plain sight.

The characters who survive until the end of Nope are all people who prioritize family over fame and who seem to value life more than untangling some great mystery that might actually eat you.

Unlike Get Out and Us, which both followed a more traditional linear progression, Nope is less A-to-B-to-C than it is a curated collection of moments and ideas and creative expression.

We’re a few days into August and I’ve yet to see a single summer movie that I couldn’t wait to revisit.

If you had asked me months ago if I thought that might still be the case now, I would have answered with a single word: Nope. 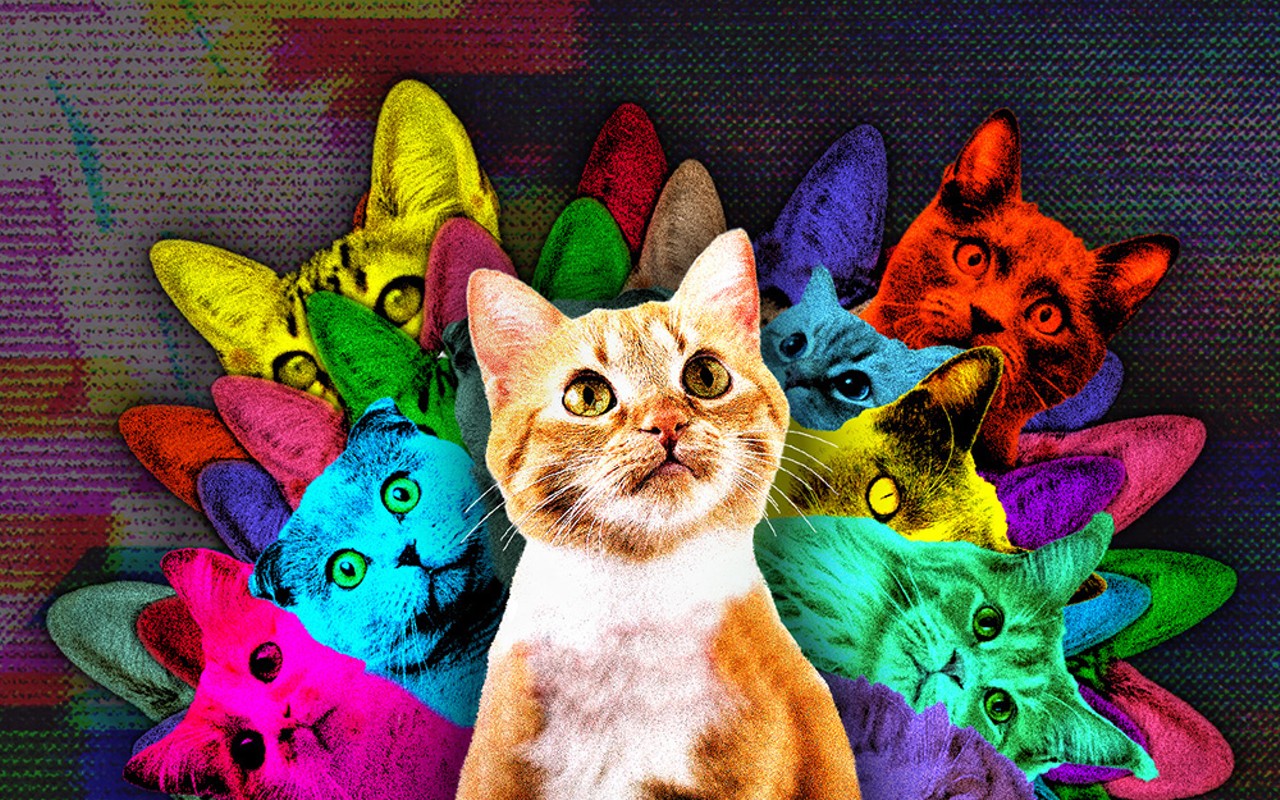 CatVideoFest Screens the Best Internet Cat Videos at the Esquire and Mariemont Theatres: It's a purrr-fect event for cat lovers... 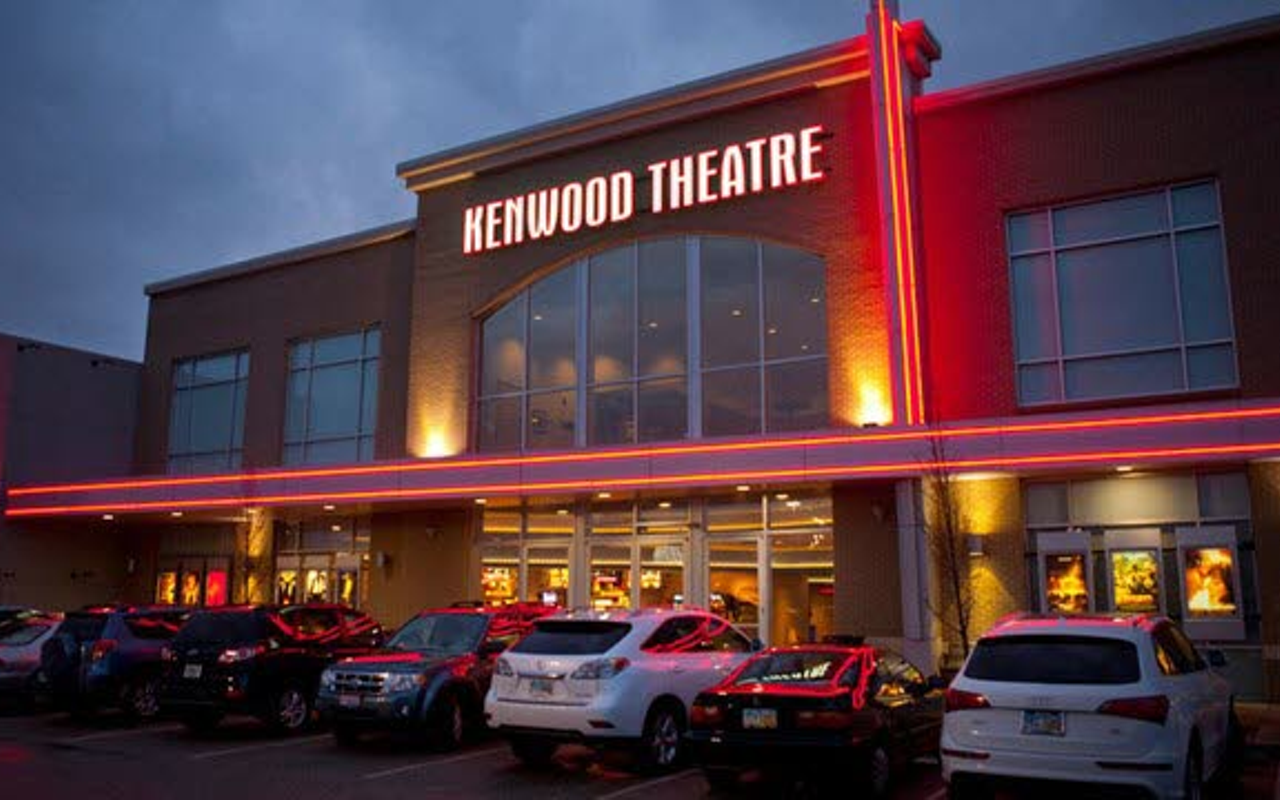 Kenwood Theatre to Permanently Close Doors Friday After 12 Years in Business: The business says they have a "mutual agreement" with the landlord who will be redeveloping the space.