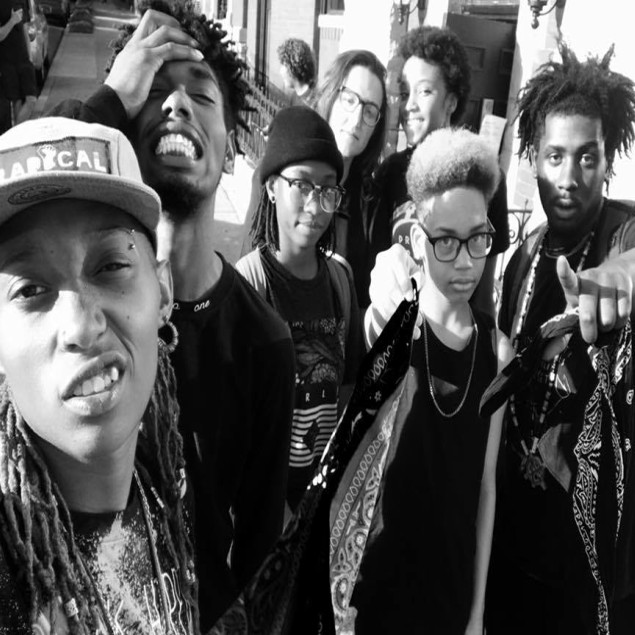 I am a Millennial. It doesn’t always feel that way, because I’m 34 and it’s hard for me to relate to the trials and tribulations of an 18-year-old. But growing up, I felt like everywhere I looked there was a sense that history was over. We’d reached the zenith of human accomplishment, so the rest of time would just be riding on a gravy train.

Fringe newcomers Siri Imani and her mother Jennie Wright of theater company Society’s Tongue Productions explore the grim reality of the falsity of that belief in their performance at Gabriel’s Corner (Sycamore at Liberty). In Lost Generation, they confront what American culture, especially older generations, believes about Millennial life. The production team included Imani’s grandmother and music by 2017 Best Soul/Funk CEA winners TRIIIBE, the MYCincinnati Orchestra and MUSE women’s choir.

The show uses music — such instruments as violins, violas and an upright bass mashed up with a guitar, a keyboardist and a live DJ create a discordant, unnerving wall of sound that tells the performers’ real stories. Unfortunately, this also serves to draw out the spoken-word poetry and rap at times, but it also creates a unifying, pummeling effect that has merit on its own. The music is accompanied by dancing and singing that unpack stereotypes attached to Millennials, performed by cast members Imani, Chris Rivers, Nella King, Khamanie, Asylum, Noelle O’Neal and Adanya Stevens.

These performers explore such topics as racism, capitalism, depression, code switching, the American dream and existential panic, sexual fluidity and the underlying through-line of authenticity. Imani says the performances are different at each show, encouraging repeat viewings.

To be young is to be concerned with what’s real and what’s just social constructs, perhaps realizing everything is a social construct. Although the majority of the cast is people of color, there’s a complex nuance to its exploration of race. One can’t help but be reminded of the recent “This is America” music video by Childish Gambino, with its stream-of-consciousness collision of violent ideas and imagery.

Young people have inherited a troubled country and world. But shows like Lost Generation show they have the conviction to not accept things the way they are just because they’ve always been that way.