The Freedom Center hosts the creator of an upcoming documentary, and shows a segment of it, about the "Green Book" tourist guides that helped African-Americans travel the country and find accommodations during the heyday of segregation 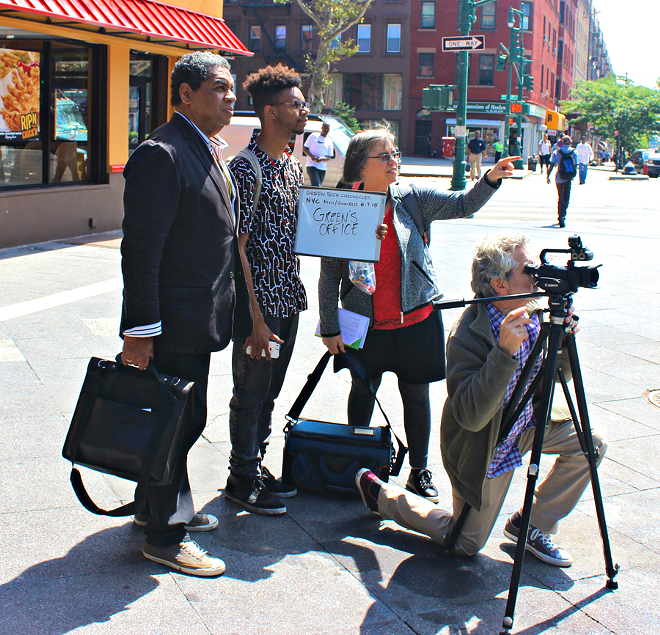 Recognized as the world’s largest publisher of travel and tourism guides in English, Fodor’s first book appeared in 1936 — the European guide On the Continent: An Entertaining Travel Annual. It was the start of making Fodor’s a household name.

Intriguingly, that same year, another guidebook was started — one that has long been forgotten, but shouldn’t be. And it may not be for much longer if a new film has its desired impact. In 1936, Victor Hugo Green, a New York City postal employee, presented The Negro Motorist Green Book, a soon-to-be-annual publication for African-American travelers that offered vital specifics for safe journeys across the U.S. during the Jim Crow era.

It served to minimize the hardships that African-Americans faced traversing a nation where segregation and discrimination were commonplace and, in the American south, brutally enforced by law. Black motorists of the time needed to know which white-owned businesses would be willing to repair their cars, whether or not hotels and restaurants were white-only establishments and which locations were whites-only after sundown.

The Green Book series ran from 1936-1967 and expanded its reach to cover most of North America. The passage of the 1964 Civil Rights Act, which struck down racial discrimination, negated the necessity for the guidebooks, leaving them to seemingly disappear from the cultural landscape.

But New York-based playwright and author Calvin Alexander Ramsey, together with Becky Wible Searles — an animation professor at Savannah College of Art and Design — are hoping to recognize the historic importance of the Green Book series. They are working on The Green Book Chronicles, an hour-long film combining animation and interviews with people who had connections with Green and/or the travel guides. They are hoping for completion this year, and a 12-minute edit will preview 6:30 p.m. Thursday at downtown’s National Underground Railroad Freedom Center (50 E. Freedom Way), with Ramsey present to discuss the project and its history. The event is free; reservations are available through freedomcenter.org.

Ramsey’s interest in the subject is not newfound. He penned a children’s book, Ruth and The Green Book, that is a fictional tale about a young African-American girl and her experiences using the guidebook, and he wrote a two-act play called The Green Book.

In a promotional video for the project, Searles recalls encountering Ramsey in 2012 “when, as a professor of animation at the Savannah College of Art and Design’s Atlanta campus, I took a group of my students to see a live musical performance with animation and puppetry developed from Ruth and The Green Book.”

When I communicated with Searles recently via email, she mentioned that “most people Calvin and I have met, black or white, have never heard of the Green Book.” She hadn’t until that stage performance.

“By the end of the show, we were enlightened, inspired, and blown away,” she says. “It was one of the best productions I had seen about anything anywhere, making a very difficult and complex subject into an uplifting story of inventive generosity that kids and their parents of all races and backgrounds could connect with.”

Searles is a Medina, Ohio native who graduated from University of Cincinnati’s College of Design, Architecture, Art and Planning in 1976 with a Bachelor’s Degree in Art Education. At New York’s Pratt Institute, she earned a Masters in New Forms, which included studying mixed-media art, video and animation.

“I grew up hearing that (my) family ancestors had owned a tavern on Lake Erie that was a stop on the Underground Railroad — Rider’s Inn in Painesville (Ohio),” she says. “The tavern passed out of Rider family hands around 1902, but the concept of the Underground Railroad always intrigued me growing up. So the chance to work with Calvin was a natural fit, and I thank the universe for the great gift of working with him on it.”

With Ramsey’s research serving as the foundation, The Green Book Chronicles has gained momentum thanks to the pair’s willingness to engage and incorporate a host of willing participants. Consider the Freedom Center event a chance to learn early about a project that will attract increased attention in the months ahead.