Options this weekend include "Shakespeare in Love," "The Arsonists" and "Mr. Joy," Cincy Play's first Shelterhouse production of the season in which Debra Walton is the solo performer. 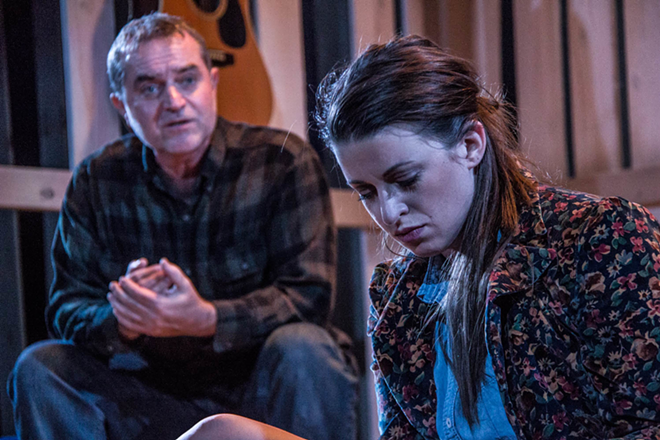 Several month-long Shakespeare productions wind up this weekend, but there are several more that you might not have seen. At the Cincinnati Playhouse in the Park, Shakespeare in Love, the witty backstage play imagining the Bard with writer’s block, closes on Saturday, as does Cincinnati Shakespeare Company’s inaugural production at its new Over-the-Rhine facility, with a performance of the romantic and humorous A Midsummer Night’s Dream. That venerable title is also being staged locally by Northern Kentucky University, through Oct. 8. (Tickets: 859-572-5100). And if you’re yearning for something more serious, the Acting Program at the University of Cincinnati's College-Conservatory of Music is presenting a one-weekend run of Hamlet, Shakespeare’s great existential tragedy, onstage through Sunday at Patricia Corbett Theater. (Tickets: 513-556-4183).

Jacqueline Goldfinger’s The Arsonists is a lyrical, gut-wrenching tale about love between a daughter and her father. The playwright was inspired by the ancient Greek tale of Elektra, the princess grieving over the death of her father King Agamemnon, a central player in the Trojan War. But there are no Greeks here: Goldfinger’s play is set in the Florida Everglades, and the father and daughter are descended from a long line of fire-starters. Dad (Jim Stark) has tragically reached the end of his personal path; his feisty daughter (Erin Ward) is having a hard time coping with the loss. His ghost/spirit is still hanging around, and she reminisces and feuds with him about choices he’s made — and wrestles with how she can go on with her own life. Ward and Stark are able musicians, and their performances of Americana folk tunes adds a deeply emotional texture to their story. The feelings can be very raw, but we see the progress a person has to make to come to terms with loss. It’s a gripping, if draining, piece of theater. Through Oct. 14. Tickets: 513-300-5669.

Cincinnati Playhouse’s first Shelterhouse production of the season, Daniel Beaty’s Mr. Joy, debuted last night. Actress Debra Walton is the show’s solo performer and, in an astonishing 90-minute performance, she plays nine vividly distinct roles, all people whose lives were touched — and often shaped — by a man, a Chinese immigrant who operated a Harlem shoe repair shop. At the end of the show, the opening-night audience cheered for her and insisted that she come back for a second bow. I bet that will happen frequently between now and Oct. 22. Definitely worth seeing. Tickets: 513-421-3888.

If you're starting to prime the pump for Halloween, Falcon Theater is at your service with a serious, dramatic version of Frankenstein. It’s onstage at its intimate theater on Monmouth Street in Newport. Through Oct. 14. Tickets: falcontheater.net.

Wicked’s five-week run at the Aronoff Center continues through Oct. 15, so there’s still time to see it. If you don’t have a ticket yet, keep in mind the daily lottery for $25 seats. Show up a few hours ahead of a performance and put your name in for a chance to win.

It’s the final weekend for Cincinnati Landmark’s very watchable production of the story of Helen Keller and her remarkable teacher, The Miracle Worker, concluding with a Sunday matinee. (Tickets: 513-421-6550).