Stage Door: The kids of CAST are alright — and so is Mozart

The Commonwealth Artists Summer Theatre is undertaking 'Les Misérables School Edition' with kids from 19 area schools, and Cincinnati Opera’s production of Mozart’s 'The Magic Flute' continues at the Aronoff Center. 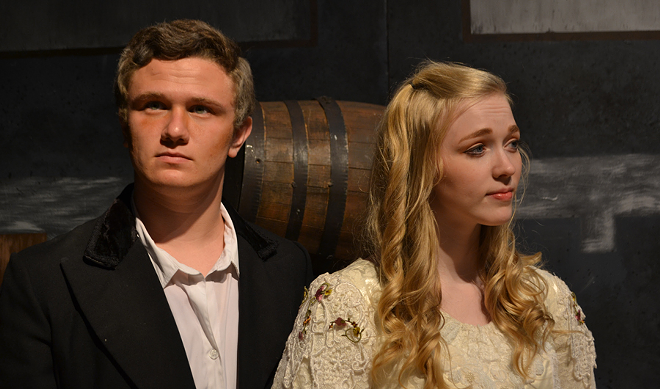 For six consecutive years, the Commonwealth Artists Summer Theatre (which they shorthand as “CAST”) has staged ambitious musical theater productions using high school students as cast and crew for their shows — Parade, Ragtime, The Producers, Spamalot and The Addams Family. For its sixth summer, CAST is undertaking Les Misérables School Edition with kids from 19 area schools, including Anderson High, Newport Central Catholic, Seven Hills, Highlands High (where the production will be presented at the Performing Arts Center, 2400 Memorial Pkwy., Fort Thomas), SCPA, Covington Catholic, Wyoming High and more. No corners are cut on these shows: CAST has borrowed a turntable from the University of Cincinnati College-Conservatory of Music to stage Jean Valjean’s deeply moving story about the survival of the human spirit and of a man reclaiming his life after years of unjust imprisonment. A turntable was a key production feature in the show’s original professional staging in the 1980s, with actors moving on and off of a revolving platform. CAST’s backstage crew is mostly students, including most of the designers for various departments necessary for staging a show. Performances commence tonight and continue through July 30. Tickets are available online at castnky.com; unsold tickets will be available at the door one hour prior to curtain time.

Cincinnati Opera’s production of Mozart’s The Magic Flute continues with performances at the Aronoff Center on Saturday evening at 7:30 p.m., closing on Sunday with a 3 p.m. matinee. The charming love story about a perilous quest — replete with mythical creatures, a venomous queen and heroic trials — has been creatively reimagined with a mixture of silent film, live action, clever stagecraft and animation that features fanciful projections. This imaginative staging originated in Berlin, and it’s earned fans on both sides of the Atlantic. The performance is sung in the original German with projected English translations. Tickets: 513-241-2742.

It’s the final weekend for Blithe Spirit, a funny comedy about the ghost of a man’s first wife making trouble with his second marriage, at the Warsaw Federal Incline Theater. The Commonwealth Theatre Company’s fast food musical comedy, Burgertown, is a dinner theater production at Northern Kentucky University. Final performances of both happen on Sunday.

This week I’m in Stratford, Ontario, for the renowned Stratford Festival. It was once known as the Stratford Shakespeare Festival, but contemporary offerings range beyond Shakespeare to other classics and even more recent musical theater. I’m seeing a Gilbert & Sullivan operetta (H.M.S. Pinafore) as well as Frank Loesser’s Broadway musical Guys and Dolls. I’ll be writing about the experience in next week’s issue of CityBeat.