A Russian tennis player reportedly complained about the flag. 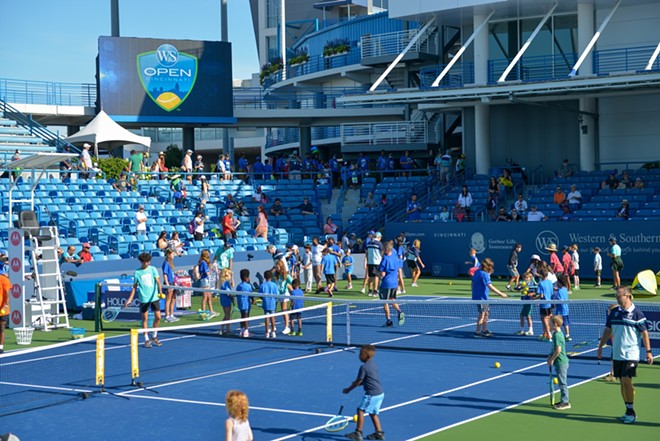 The Russia-Ukraine battle continues even on the tennis court.

Officials at Cincinnati's Western & Southern Open reportedly asked a tennis fan to remove their large Ukraine flag from Lindner Family Tennis Center on Aug. 14. According to Ben Rothenberg, a senior editor for Racquet magazine who's in Cincinnati to report on the tournament, either Anna Kalinskaya or Anastasia Potapova had complained about the fan's flag to the Women's Tennis Association (WTA) chair umpire as they competed against one another during their qualifying singles round.

Kalinskaya, the winner, and Potapova both are Russian, and their country invaded Ukraine in February as a violent, aggressive new chapter in the nations' ongoing war.

Rothenberg said that the fan was sitting in the stands with the flag draped around their torso and a Ukrainian floral crown on their head. They were "watching the match silently," Rothenberg reported from the venue. The umpire chair reportedly said it was "not nice" to be sporting the flag, presumably meaning during the match between the Russian players. Other fans in the stands reportedly came to the flag-bearer's defense.

A security official then told the fan, who Rothenberg said was a Mason resident, that they needed to leave or "he would call the police." They and their friend, who reportedly is Ukranian, left the stands and were walking through the venue when another security official approached them and said that the issue was the size of the flag, not the country the flag represented. The tournament's list of prohibited items includes flags larger than 18" x 18", but Rothenberg said that the tournament has rarely enforced that rule.

Reuters also reported that tournament officials claimed that the flag's size was too large.

"Per the Western & Southern Open's bag policy, as stated on the tournament's website, flags or banners larger than 18 x 18 are prohibited," a spokesperson for the tournament told Reuters. 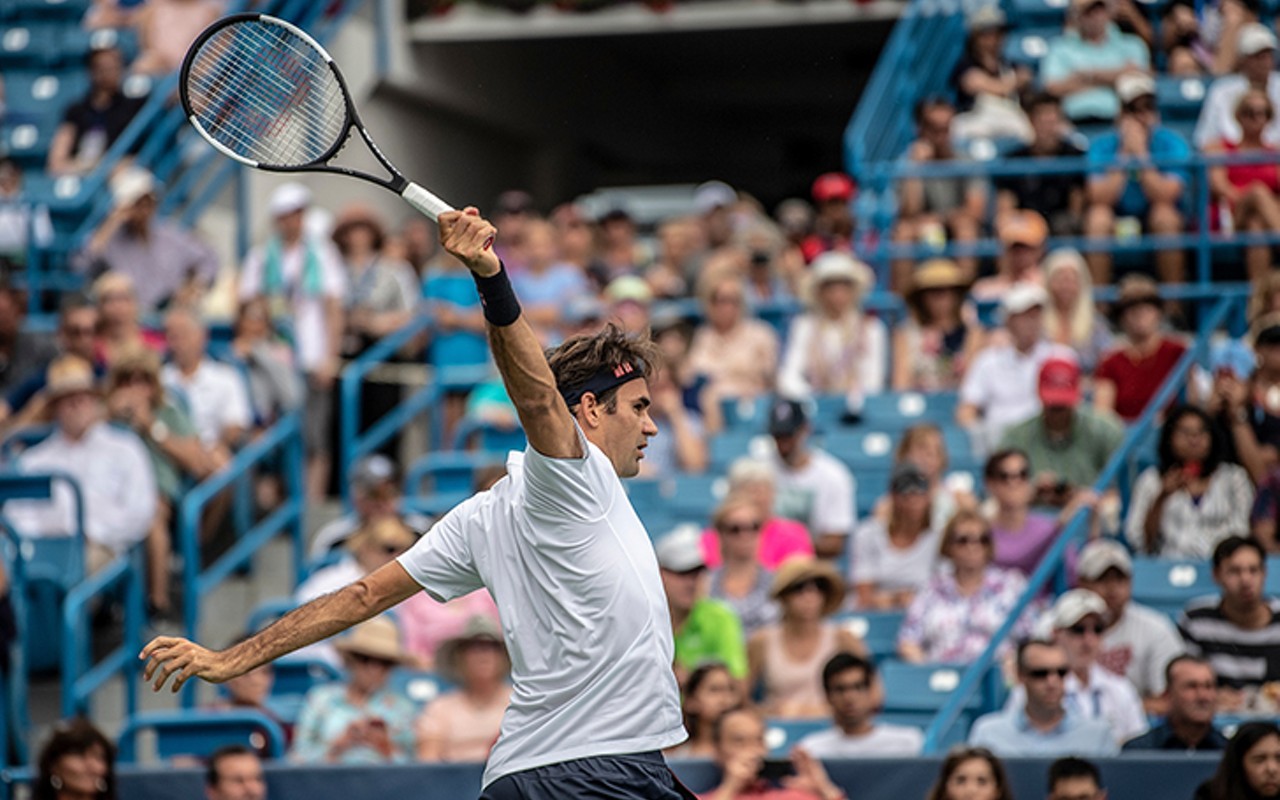 
The security official then escorted the fan to their car to store the flag. The fan was permitted to return to the tournament, Rothenberg said.

"The patron was asked to remove the flag from the grounds and after doing so was allowed to remain at the tournament. Any inquiries about the chair umpire should be directed to the WTA Tour," the spokesperson told Reuters.

Rothenberg said that large flags for the United States and Serbia have been overlooked for rule violations during previous tournaments. 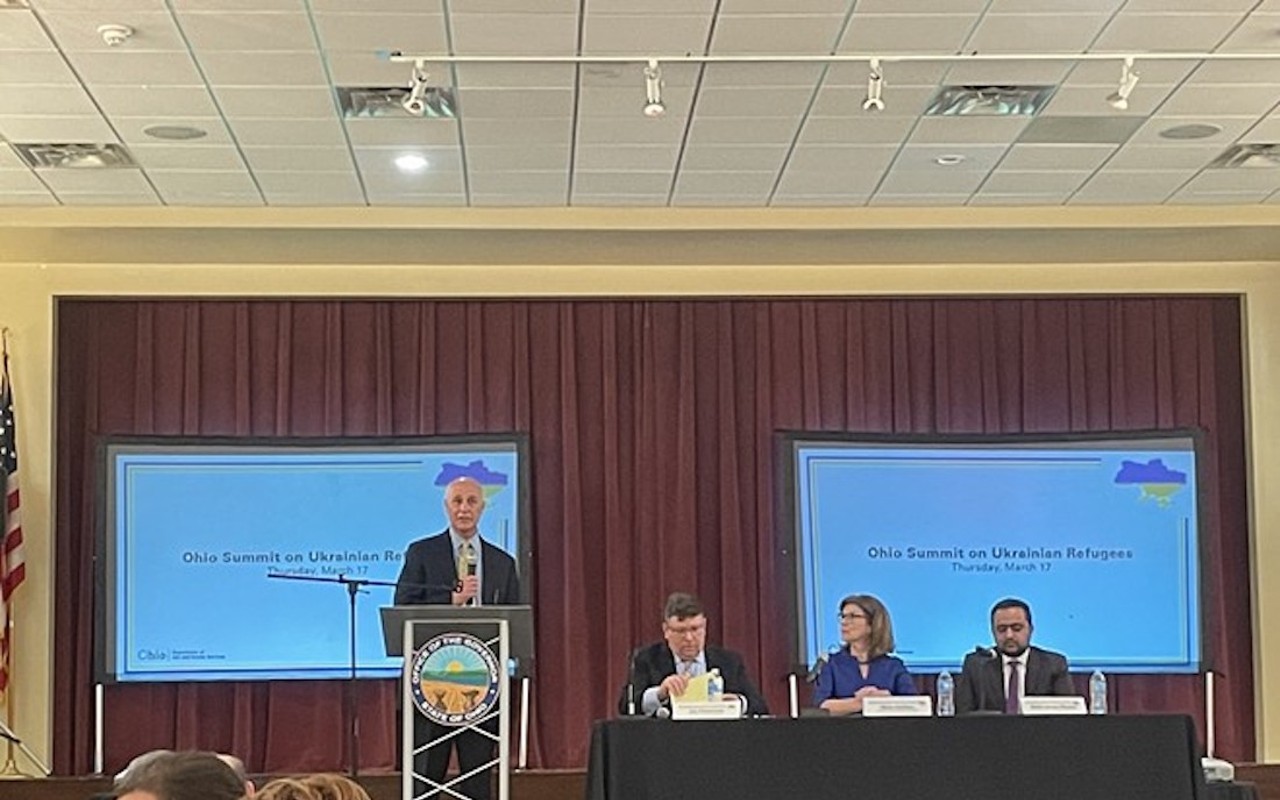 
"Tennis has not been consistent in how it has handled issues regarding the Russian invasion of Ukraine, as we know, both in terms of policies and in symbolic displays of support," Rothenberg said. "But this incident, I believe, is a clear misstep." Rothenberg said that the WTA has not responded to his requests for comment.

Shortly after Russia invaded Ukraine in February, the sport's international governing bodies – including the WTA – shared a statement condemning Russia's actions. Wimbledon banned Russian and Belarusian players from competing from its tournament in June and July, but the WTA has permitted those players to continue playing. "The fields include the world’s top 41 men and 39 women, led by No.1 players Daniil Medvedev and Iga Swiatek. Together, 11 former tournament winners and 19 Grand Slam major champions are on the entry list," a July release said.

Others appearing, according to that release, include past tournament winners like Victoria Azarenka, Madison Keys, Garbiñe Muguruz and Karolina Pliskova for the WTA and Alexander Zverev, Grigor Dimitrov, Marin Cilic and Novak Djokovic for the ATP.

Men will be competing for a $5 million prize, while women seek $2.8 million.

The Western & Southern Open runs through Aug. 21 at the Lindner Family Tennis Center in Mason.