This event will take place at Washington Park starting with a series of speakers and performers from 1-3 p.m. before the march starts at 3:10 p.m. 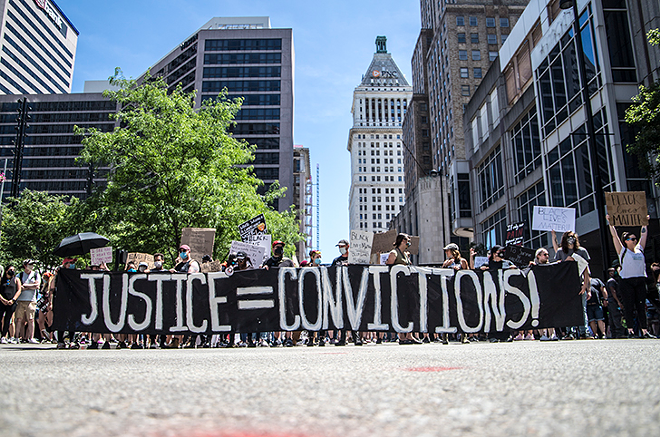 On Sunday, June 7, an estimated 5,000-6,000 Cincinnatians took to Fountain Square Sunday to protest the police killings of George Floyd, Breonna Taylor and others during the Cincinnati March for Racial Justice.

Following a program featuring local leaders, the thousands of attendees took to the streets to march through downtown and Over-the-Rhine chanting "no justice, no peace" and carrying signs advocating for general change — an end to racial injustice — and specific policy proposals, including defunding police departments. The march ended at the Hamilton County Courthouse.

A second Cincinnati March for Racial Justice has been scheduled for Sunday, June 28.

This event will take place at Washington Park (1230 Elm St., Over-the-Rhine), starting with a series of speakers and performers from 1-3 p.m. before the march starts at 3:10 p.m.

A Facebook event page says the march will go from Washington Park to the Hamilton County Justice Center or Cincinnati City Hall, and a live Reggae band on a truck will be leading the march again.

Stay up to date with the latest on the Facebook event page's discussion tab.