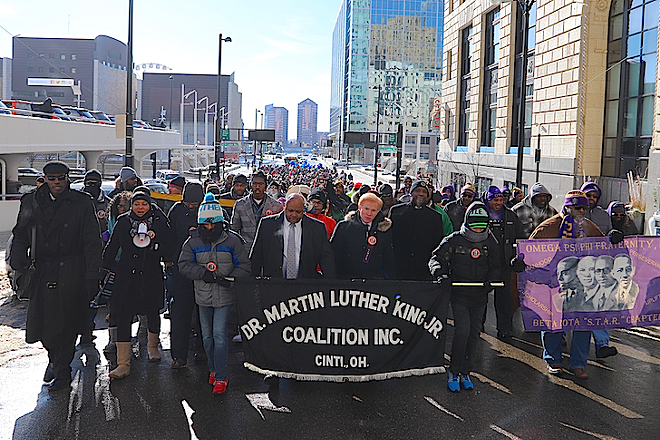 Martin Luther King, Jr. Day kicks off at the National Underground Railroad Freedom Center with the sold-out King Legacy Awards Breakfast in the grand hall. The keynote speaker is businesswoman Betty Daniels Rosemond, a Freedom Rider during the 1960s who advocated and fought for equality. (The Freedom Riders consisted of African-American and white civil rights workers who rode buses in the South in protest of segregation and the Supreme Court’s lack of enforcement, despite having ruled segregated buses illegal.)

Other special events include a coalition march, which will start at 10:30 a.m. outside of the Freedom Center, and film screenings at 1 and 3 p.m. of True Justice: Bryan Stevenson’s Fight for Equality.

The annual blood drive will run from 11 a.m.-5 p.m. and a mobile mammography bus will be located in front of the center from 10 a.m.-2 p.m. The Freedom Center will be free and open to the public from noon-5 p.m.

For an additional $5, visitors can check out the Rosa Parks Experience or Motel X exhibitions.