Get ready for trick shots and hilarity when basketball’s winningest team stops by Heritage Bank Center. 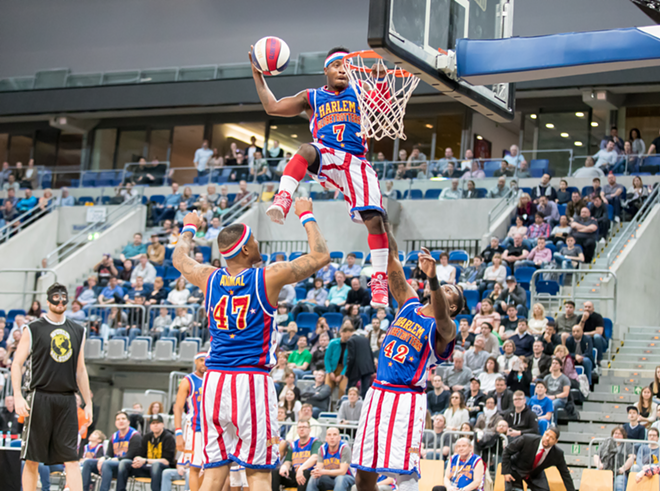 Photo: Sven Mandel
The Globetrotters are coming to Heritage Bank Center in Cincinnati on Dec. 20.


The Harlem Globetrotters will sprint across the court at Heritage Bank Center on Dec. 20 to deliver not one but two Ls to the Washington Generals on their annual world tour.

Decked in red, white and blue, the Globetrotters have been wowing crowds and walloping the Generals for nearly a century. Since their inception in 1926, The Globetrotters have played (and obviously won) games on six continents and more than 124 countries, according to a press release.

The world-famous and globally-adored Globetrotters take credit for introducing jump shots, slam dunks, and half-court hook shots to the game of basketball as we know it today. Many say that competitive basketball trick shots would not exist without the skill and creativity Globetrotters bring to each game and each tour. The team continues to “up the game” with new feats of athleticism and trickery. The best part of a Globetrotters game? You can always count on a win.