‘The Keepers’ is haunting true-crime at its finest

The latest Netflix true-crime docuseries explores the unsolved murder of Catherine Cesnik, a nun and beloved teacher at a Baltimore all-girls Catholic high school in the late 1960s. 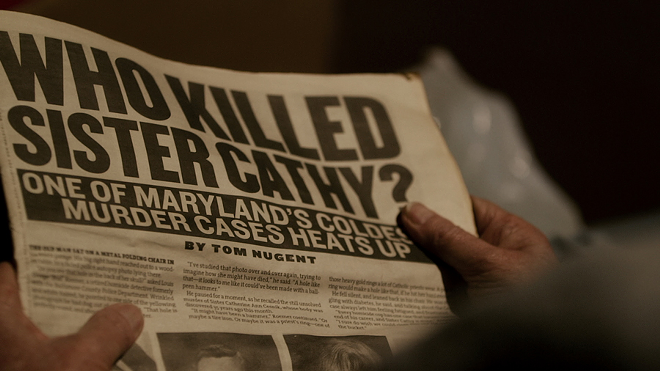 Photo: Courtesy of Netflix
Newspaper clipping on Sister Catherine Cesnik’s murder
Since Truman Capote’s 1966 non-fiction novel In Cold Blood established the genre, true crime media have remained popular among the masses. For years, the trend was represented on the small screen as sensationalized 24-hour coverage of salacious trials and dramatized, lowbrow cable offerings.

A prestige take on true crime emerged just a few years ago, however, with the debut of a few key programs: The Serial podcast exploring the murder of Hae Min Lee, HBO’s The Jinx: The Life and Deaths of Robert Durst and — of course — Netflix’s Making a Murderer.

The timing of these addictive series couldn’t be more perfect. Between the rising trend of binge-watching and ample opportunities to research case details and voice opinions online, it’s no wonder audiences get wrapped up in these stories.

So why aren’t as many people talking about The Keepers?

The latest Netflix true-crime docuseries explores the unsolved murder of Catherine Cesnik, a nun and beloved teacher at a Baltimore all-girls Catholic high school in the late 1960s.

The examination of this mysterious case, still open today, quickly gives way to an investigation of sexual abuse at the hands of a priest at the school during that time. The seven-part series seeks to establish a connection between these egregious crimes and provide solace for those left in the wake.

Like Making a Murderer, The Keepers explores the murder of an innocent young woman, features surprising twists along the way and exposes critical flaws in our justice system. But where Murderer focuses on the whodunit narrative surrounding Steven Avery, Keepers pays more attention to the process of the investigation.

This is particularly intriguing because the true investigators here are not detectives, lawyers or documentary filmmakers — they’re two retired women in their 60s.

Abbie Schaub and Gemma Hoskins were classmates and students of Cesnik — better known as Sister Cathy — in the 1960s, but they never forgot about her. They have dedicated their retirement to searching for what happened to their favorite teacher.

The women started a Facebook group calling for “Justice for Catherine Cesnik” in 2013, and began fielding questions, tips and rumors about Sister Cathy and her death from her former students. The page turned into something of a confessional, where women began coming forward with accounts of abuse at the school during and after Cesnik’s time there. Could her murder be connected to an apparently evil priest? Furthermore, how was an abusive chaplain able to avoid consequences?

Perhaps due to their unassuming, grandma-like manner, Hoskins and Schaub are able to access crucial figures involved. Previously anonymous victims who were once too afraid to go public with their stories bravely come forward here, along with persons of interest and relatives of murder victims. But make no mistake: These adorable ladies are sharp and relentless.

The result is something of a grassroots women-led Spotlight. It’s haunting to think so many women faced abuse from, in their minds, an almost god-like figure who threatened them into submission for decades. Many survivors suppressed the painful memories for years.

The series jumps from 1969-70 to the early 1990s — when two women came forward (anonymously in all court documents) with abuse allegations to pursue a civil suit against the priest, the archdiocese and others — and to present day, as Schaub and Hoskins continue to act as amateur investigators. The scope widens from Cesnik’s murder to a pattern of abuse and to the implications of the Catholic church. So who are the titular “keepers”? They’re Hoskins and Schaub and also the many women who bravely recount their abuse on camera — everyone keeping Cesnik’s name alive, preserving her memory and continuing to fight for justice. It’s a tough case to even begin to crack open, let alone solve, because so many people who may have been involved have died. Once these women are gone, there won’t be anyone left to carry the torch. Thankfully, this powerful docuseries turns its audience into keepers as well.