Karen Attiah, Global Opinions editor for "The Washington Post," will accept the award on the late journalist's behalf 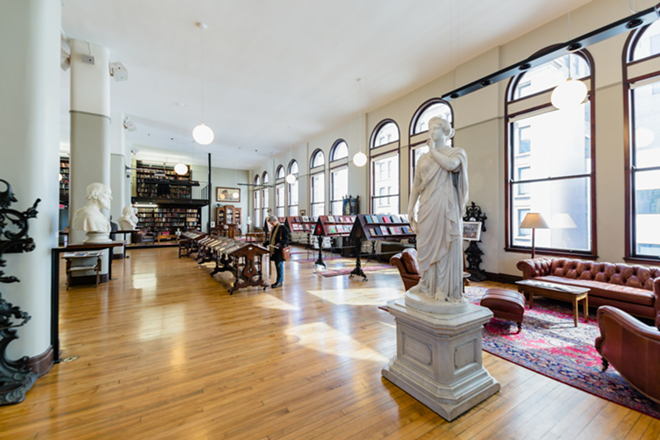 The late journalist — who contributed to The Washington Post as a Global Opinions columnist — was murdered last October in the Saudi consulate in Istanbul by Saudi agents. Much of his work was critical of the Saudi government.

"It is a sad honor, but an honor certainly, to celebrate the life and work of Jamal Khashoggi,” Mercantile Library Executive Director John Faherty said in a release. “In a time when journalism is under siege in some quarters, we can think of no better way to celebrate the importance of truth and clarity."

The award is given annually by the Mercantile to writers whose work represents "writing to change the world." Named after Beecher Stowe, author of Uncle Tom's Cabin, it's also a nod to her experiences and roots in Cincinnati; she spoke at the library in 1873.

Accepting the award on Khashoggi's behalf is Karen Attiah, the Global Opinions editor at The Washington Post. She'll also deliver the Freedom Writer lecture. The 6:30 p.m. lecture will follow a 6 p.m. reception on June 25, 2019 at the Mercantile.

The event is free for Mercantile members and $20 for nonmembers. Registration is required online, by phone 513-621-0717 or by email at [email protected] The event is sponsored by Paul De Marco and Karen Smith.