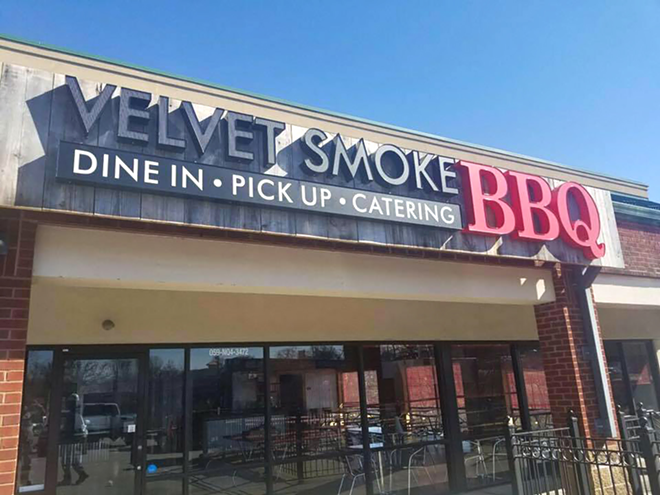 Velvet Smoke BBQ has been serving the Cincinnati community with award-winning, championship barbecue since 2012. The business began with a competition barbecue team who wanted to follow their passion and cater to a larger audience of barbecue lovers.

As their popularity grew, they opened a brick-and-mortar restaurant in Harrison in 2015 and a carry-out location in White Oak in 2018. 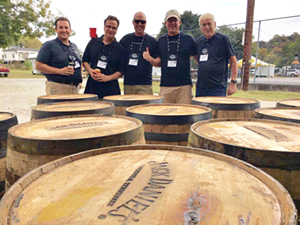 Photo: Provided
The team behind Velvet Smoke BBQ is made up of owner and founder Matt Schneider and Marc Stitt, Mike Paasch, and Eddie Meiners, who are partners and investors in the business.

The team behind Velvet Smoke consists of owner and founder Matt Schneider and Marc Stitt, Mike Paasch, and Eddie Meiners, who are partners and investors in the business. All members of the competition team, they bring award-winning recipes to their customers and offer Kansas City-style barbecue with a variety of sauces from other regions.

With so many successful ventures under their belt throughout the Cincinnati area, Velvet Smoke has set its sights across the river and will be opening a Crescent Springs location this May.

Going across the river was a no-brainer, according to Schneider.

“The Northern Kentucky region is underserved and has very little barbecue is offered by others," he says. "We see a big market potential with lots of hungry customers. Despite the distance, we have many customers from the Northern Kentucky area that come north to White Oak or Harrison for our barbecue."

Now, devoted fans will have a little taste of meaty magic closer to home.

The newest location will bring more to the table as well, with a specialty menu, welcoming environment, classes for aspiring pit-masters, special events and, according to Schneider, “a hub for the barbecue community of the region.”

In addition to their dine-in offerings, they also offer catering for events like graduation parties, picnics, family reunions and more.