Zookeepers were shocked in July when red panda Lin gave birth to a new cub after miscarrying in May. 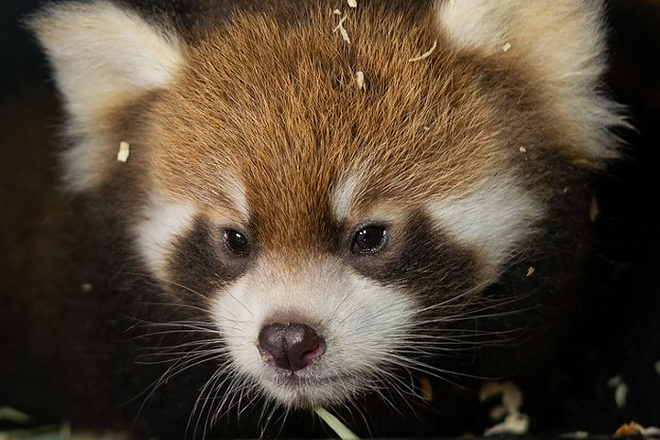 Photo: Cincinnati Zoo
Zookeepers were shocked in July when red panda Lin gave birth to a new cub after miscarrying in May.

The Cincinnati Zoo announced via Instagram Friday that the public will get to play a part in naming its new baby red panda.

Zookeepers were shocked in July when red panda Lin gave birth to a new cub after miscarrying in May.

The zoo is providing two options to choose between for the new Zoo baby's name: Lilly or Shenmi. According to the zoo, Shenmi means "mystery" in Mandarin. Officials say her nickname will be Mimi.

“To my knowledge, Lin is the first documented case of a red panda losing her pregnancy and then having another embryo come along and implant in the same year,” Dr. Erin Curry, reproductive physiologist at Cincinnati Zoo’s Conservation and Research of Endangered Wildlife (CREW) department, says in a release.

The zoo says red pandas are typically seasonal breeders, mating in winter and giving birth in summer. That means they have shorter windows of time during which they're able to get pregnant. Comparatively, the zoo says animals like rhinos and giraffes have year-round "estrous cycles" (kind of like human menstrual cycles). Red pandas can also experience pseudopregnancies, delayed implantation and more.

The zoo's CREW has spent years studying red panda reproduction and can predict cub birth dates. They achieve this by monitoring hormone levels and conducting regular ultrasounds, which is how they first found out Lin was pregnant in April.

After Lin miscarried, there was no reason to think she could be pregnant again — until zookeepers noticed she was getting a little chunky. They had assumed it was due to eating so many cicadas and mulberries. It wasn't.

Both mom and new baby have spent most of their time in the nest box, but in an Instagram post Thursday, keepers say they hope to see them venturing out more often.

Vote for the Zoo's new name for its baby red panda. The zoo will announce the name Monday, Sept. 20.