photo: twitter.com/bengals
Cincinnati Bengals quarterback Joe Burrow heads off the field after a game during the 2021-2022 season.

The 'fairly tough' team got it done.

The Cincinnati Bengals beat the Tampa Bay Buccaneers 34-23 on Dec. 18, with quarterbacks Joe Burrow and Tom Brady duking it out. The Bengals' road win means that Cincinnati is now in sole possession of first place in the AFC North. The team now could surprise the Kansas City Chiefs and Buffalo Bills for top seed in the whole conference (at 10-4, the Bengals currently are the No. 3 seed). FiveThirtyEight gives the Bengals a 99% chance to make the playoffs and a 60% to take the AFC North. The data-based oddsmaker also says Cincinnati has just a 9% shot at the Super Bowl, but there's plenty of time left in the season.

The Bengals brought the second-half heat yet again, rallying up mega points to overtake the Buccaneers. After earning just three points in the first half, Cincinnati notched 31 straight before Tampa Bay answered with a final touchdown. Despite being down 17-0 at one point, the Bengals didn't flinch, slot receiver Tyler Boyd said after the game.

"You saw our Kansas City game last year," Boyd said, referencing the Bengals' big last-minute comeback during the game that crowned Cincinnati as AFC conference champs and sent the team to Super Bowl LVI. "We know what time it is."

In the process, the Bengals forced four turnovers for Brady – just the second time this season in which the Tampa Bay leader has had more than two. During a recent episode of the Let's Go! podcast, which Brady co-hots on SiriusXM, Brady seemingly minimized the Bengals' defensive line. 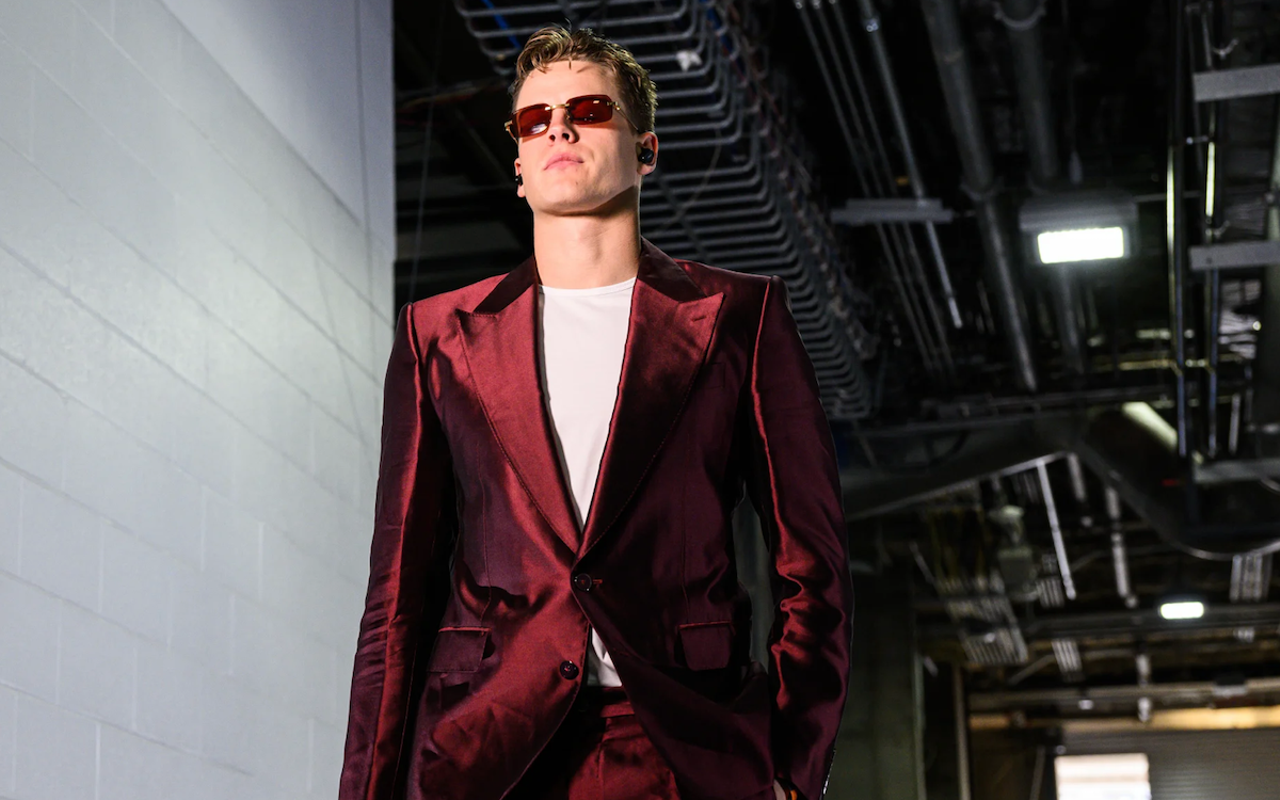 
"Great team. Great young quarterback, fairly tough defense. Good skill players. They do a lot of things well. We’re going to have to put everything we’ve got into it," Brady said.

But many Bengals players took the "fairly tough defense" comment as a jab and used it as motivation to contain the aging quarterback who had un-retired around 40 days after initially announcing his retirement from the NFL in February. And naturally, Cincinnati's defense rubbed Brady's nose in it after the game. Paul Dehner, writer for The Athletic, captured footage of the Bengals jogging off the field with some things to say.

Bengals head coach Zac Taylor didn't point to Brady's remark, but he still was happy with the win.

"Guys are just playing good team football," Taylor told reporters. "Eleven guys out there are on the same page, and it has been really fun to watch all those guys step up when their opportunity is called."

Burrow had four touchdowns and completed 27 of 39 passing attempts with one interception. Those passes came quickly during the second half as the team dogged the Bucs. Brady told reporters that he hadn't heard Brady's remarks.

"Oh I'm sure he didn't mean any disrespect by that," Burrow said when reporters told him about Brady's podcast. "Our defense is very tough and I'm sure that's all he was trying to get across."

Fans can fill their bellies with Gold Star on Dec. 19, thanks to Sunday's excitement. As the regional chili chain has done in the past, Gold Star is giving fans one free regular 3-, 4- or 5-Way with the purchase of another one of equal or greater value the day after the Bengals win. The Who Dey Way promotion is good all season long no matter if the win occurs on home turf or elsewhere. The promo is available at all Gold Star locations for drive-in, carry-out, dine-in and online; mention the Who Dey Way special when ordering.

This is the sixth straight week that Cincinnatians will eat free Gold Star chili to celebrate a Bengals win.

Next, the Cincinnati Bengals will visit the Brady's old team, the New England Patriots, on Dec. 24. Kickoff is scheduled for 1 p.m.