This is absolutely wild. Photo: twitter.com/abazar
Isaiah Lee rushes Dave Chappelle on stage during Chappelle's May 3 performance at the Netflix Is a Joke festival at the Hollywood Bowl.

Dave Chappelle was bum-rushed by a guy at a comedy show. There's no other way to say it.

Multiple journalists in Los Angeles have reported that a man jumped up to the stage and attacked Yellow Springs resident Dave Chappelle, who was performing a stand-up act at the Hollywood Bowl during the Netflix Is a Joke comedy festival on May 3. Numerous videos of the assault and reactions afterward were shared on Twitter and other social media platforms.

"Just came out of the Hollywood Bowl where a man charged and tackled Dave Chapelle on stage and got his ass kicked by at least 10 people," Buzzfeed News reporter Brianna Sacks said.

"A man lunged at Dave, knocking him to the floor," BBC America reporter Sharon Carpenter said.

In a May 4 story, the New York Times reported that the attacker, later identified as Isaiah Lee, had been carrying a "knife blade and replica handgun." NBC News in Los Angeles said Los Angeles Police Department officers told them that Lee's weapon "can eject a knife blade 'when you discharge it correctly,'" though it is unclear if Lee had used the weapon. Lee had reportedly charged at Chappelle and tackled the comedian toward the end of the performance, and then security guards then tackled and punched Lee.

ABC journalist Stephanie Wash said that after Lee attacked Chappelle, he "ran behind the screen on stage & was surrounded by security."

LAPD officers arrested Lee on a charge of assault with a deadly weapon. Chappelle was not injured and Lee had "superficial" injuries, police said. Lee was loaded into an ambulance, Buzzfeed's Sacks added. Police have not shared Lee's motive for attacking Chappelle.

Other celebrities got in on the action. Sacks said that after the incident, actor Jamie Foxx came out – in a sheriff's hat, not a cowboy hat Sacks later corrected – and rappers Mos Def and Talib Kweli performed the show's encore.


Sheer chaos. Then Jamie Fox comes out in a cowboy hat, looking absolutely shocked, and Chapelle makes a joke about stomping the guy, who is still getting beat up. kweli and Mos Def do their set while LAPD cruisers start arriving behind the stage. Fucking wild

Back onstage, Chappelle said that his attacker, "was a trans man" in a joking fashion, alluding to the ire the comedian has raised for his repeated anti-transgender jokes and bits. Last fall, Chappelle was embroiled in a major controversy upon the Oct. 5 release of his his Netflix special The Closer, in which he intentionally misgenders a transgender friend who had died. In the special, Chappelle also defends Harry Potter author J.K. Rowling for her series of ongoing transphobic remarks and positions.

In the same special, Chappelle declares himself "Team TERF" ("trans-exclusionary radical feminist," or, more simply, someone who supports women but not trans women) and compares trans women's genitalia to "Beyond" products, a meat substitute, implying that they are not "real" genitalia. He also claims to have never made explicit anti-trans jokes and that members of the LGBTQ+ community had "punched down" on "my people" like Kevin Hart, a Black comedian who has made homophobic jokes and tweets over the years.

After The Closer was released, Netflix employees staged a walk-out to protest Chappelle's anti-trans jokes as well as his ongoing anti-cancel-culture comedy sets, Vox reports.

After the Hollywood Bowl incident, members of the LGBTQ+ community said that Chappelle's "joke" about Lee being trans further puts them into harm's way.

Comedian Chris Rock then joined Chappelle onstage and asked, "Was that Will Smith?" Rock was referring to being slapped by Will Smith at the Oscars in March after Rock joked about Smith's wife Jada Pinkett Smith' hair loss due to alopecia.

"Dave was on the mic, obviously bewildered by the situation and then began making jokes about how he thought it was Will Smith and how the guy's getting stomped backstage," BBC's Carpenter said, adding that the audience's phones were locked away and inaccessible until after the show. She later shared someone else's video of Lee tackling Chappelle.

Someone managed to get video of the incident. https://t.co/5SRuhWb40w


The Netflix Is a Joke festival continues through May 8 and includes Rock, Seth Rogan, Jon Stewart and others.

In April, Chappelle received permission from the Miami Township Board of Zoning Appeals to use Wiring Pavilion in Yellow Springs as a venue for another round of comedy shows between May and September. Wirrig Pavilion is zoned for agricultural, not for commercial use, so special approval was needed. Chappelle had hosted shows at Wiring Pavilion in both 2021 and 2020. 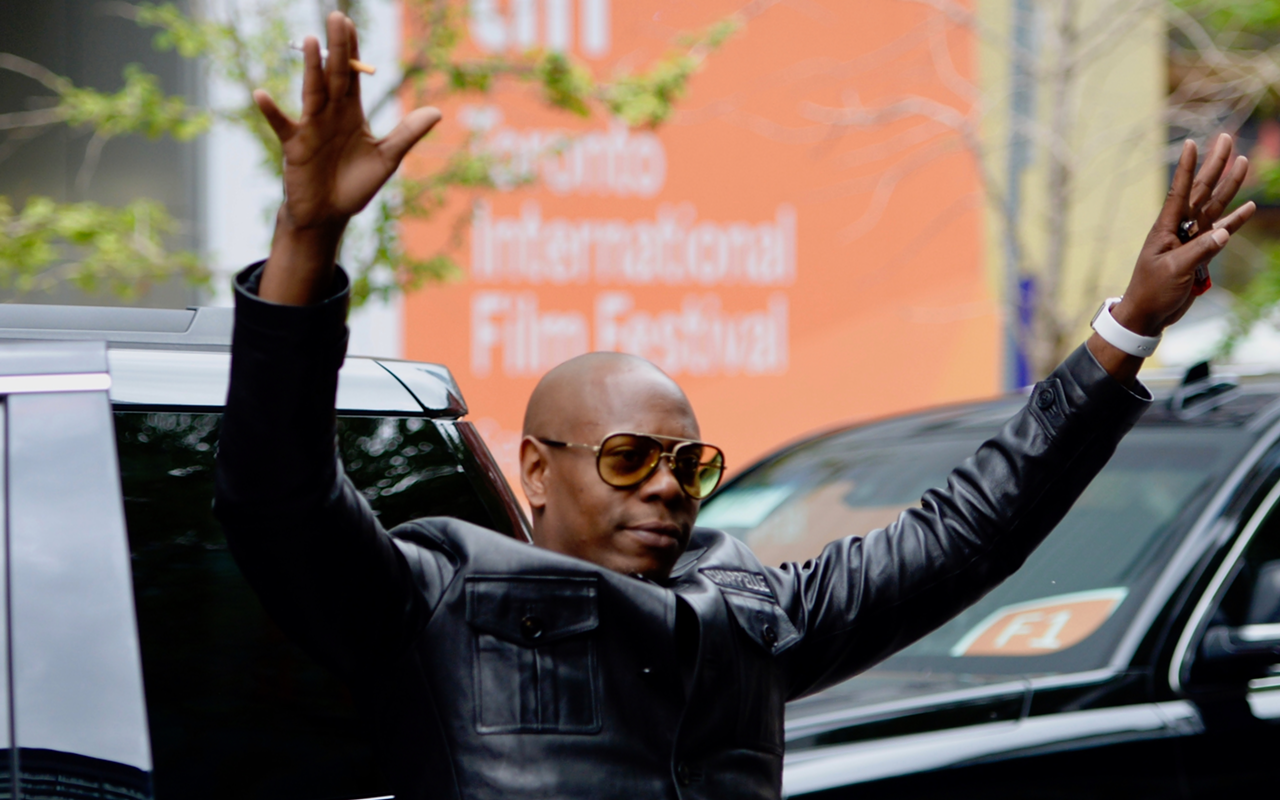 Dave Chappelle Receives Approval to Host Another Series of Outdoor Shows in Yellow Springs This Summer: The comedian can host a maximum of 24 outdoor shows throughout the summer at Yellow Springs’ Wirrig Pavilion. 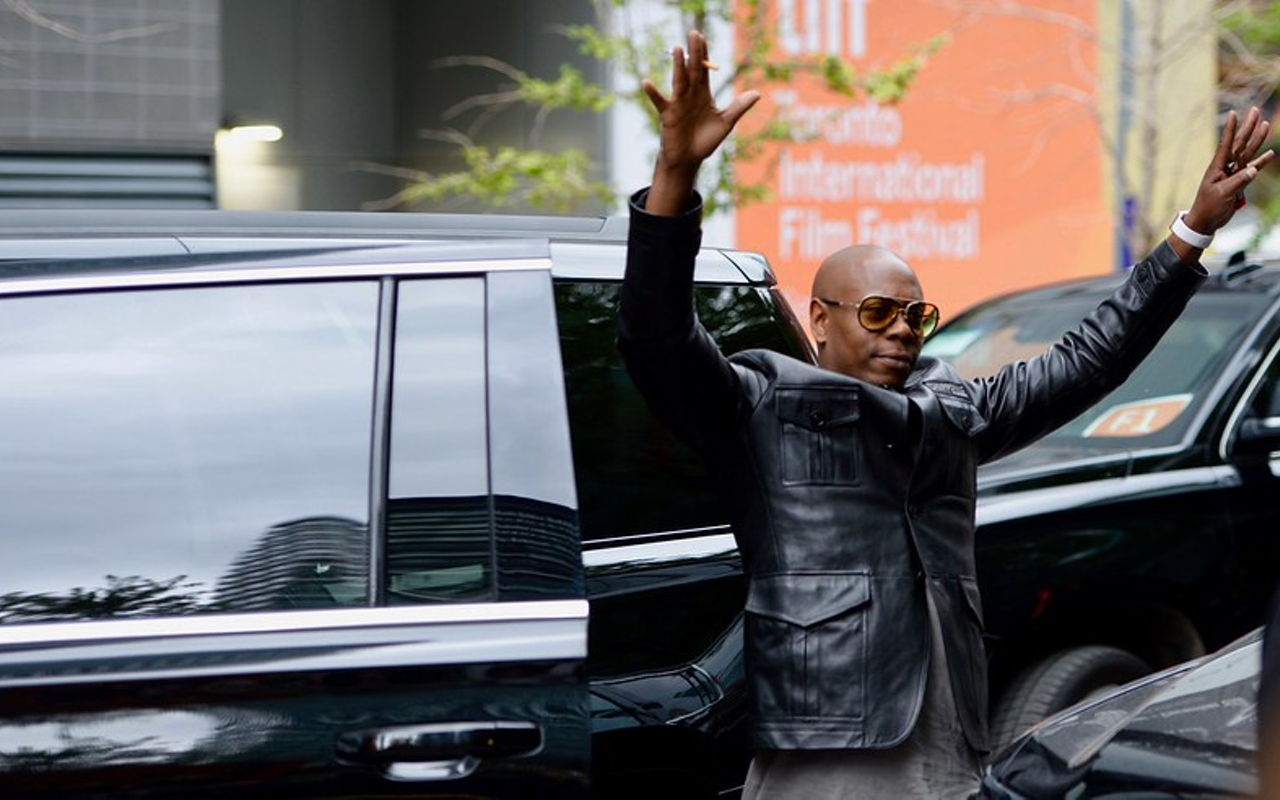 How to Keep Your Dog Safe This 4th of July, According to Cincinnati Animal CARE