Bones and All is slated to premiere at the Venice Film Festival later this month. 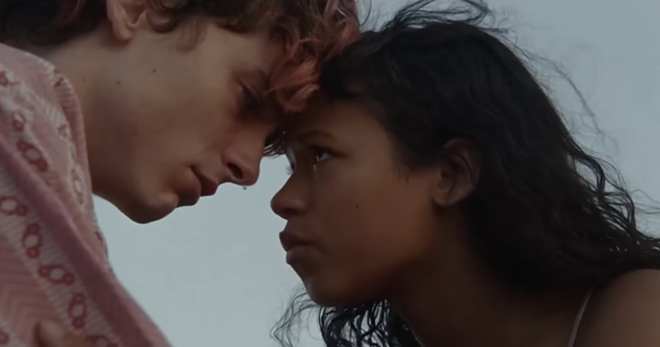 Photo: Trailer screengrab from youtube.com/c/MovieTrailersSourceHD
Timothée Chalamet (left) and Taylor Russell in Bones and All

The world has had its first look at director Luca Guadagnino's new film, Bones and All, and it is especially exciting for Cincinnatians.

Actor Timothée Chalamet dropped the teaser trailer for the movie — which was partially filmed in Greater Cincinnati and nearby Maysville, Kentucky — on his social media on Aug. 10.

While the clip doesn't reveal much about the plot outside of Chalamet's red-tinged mohawk and some slight shrieking, the story itself is based on a novel of the same name by Camille DeAngelis.

LUCA GUADAGNINO’S BONES AND ALL 🩸🩸🩸 pic.twitter.com/Q1ErygQvGF

It's a coming-of-age tale that blends love and horror in 1980s America. Characters Maren and Lee are two teenaged cannibals that "meet and join together for a thousand-mile odyssey which takes them through the back roads, hidden passages, and trap doors of Ronald Reagan’s America," according to a release about the film.

According to Film Cincinnati's Executive Director Kristen Schlotman, Bones and All is Guadagnino's “first film to be made on American soil and we’re honored to have it right here in our region."

The Sicilian director has previously filmed movies — like his Oscar-nominated 2017 Call Me by Your Name, also starring Chalamet (and reportedly possible literal cannibal Armie Hammer) — in his home country of Italy. But he told Deadline in a recent article, “I’ve been totally influenced by the American culture, American cinema and now, American landscape, so I’m very happy and proud that I’ve finally come to this shore.”

But it wasn't all roses for Guadagnino and crew here in the Queen City. After a spate of break-ins and thefts on set in June 2021, Cincinnati City Council voted to give the local production company up to $50,000 to hire Cincinnati police officers as added security.

After posting the trailer, Chalamet riffed on the title of Bones and All with a few more "bone" posts, including just typing in the words: "Boner bone," "Boney bones," "Crunchy bones" and "Soft bones" in four different tweets.


According to Variety, Bones and All is slated to premiere at the Venice Film Festival at the end of this month and will be in theaters starting Nov. 23.