We Asked Our Smart Speakers Who Will Win the Super Bowl. Here's What They Said

Two out of three robots agree: The Bengals deserve a Super Bowl win. 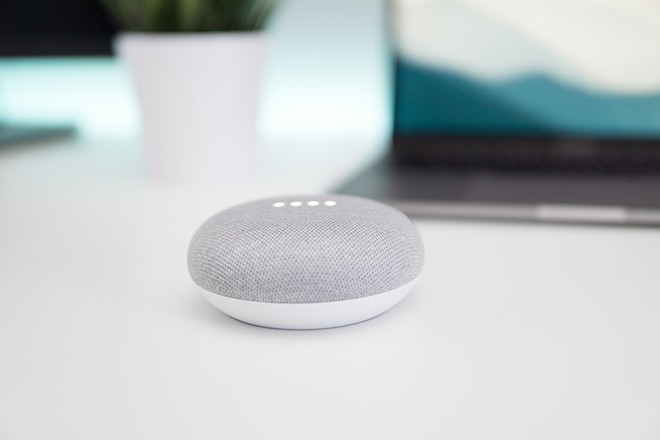 These days, many humans rely on smart speakers to do everything from ordering groceries and sharing the weather forecast to setting home alarms. And until Skynet takes over and they become sentient, we can ask our tiny robot servants dumb questions, like which team they think will win Sunday's Super Bowl game, and they have to answer.

CityBeat employees have a slew of digital home assistants and we asked each brand — Siri, Google and Alexa — to predict whether the Cincinnati Bengals or the Los Angeles Rams would bring home the Vince Lombardi trophy this weekend.

Here's what they said.

CityBeat: Alexa, do you think the Bengals are going to win the Super Bowl?
Alexa: The Rams sure know how to butt heads, but the Bengals seem to have nine lives. My prediction? These underdogs — I mean undercats — are going to pounce. Go Bengals! Who Dey!

CityBeat: Hey Siri, are the Cincinnati Bengals going to win the Super Bowl?
Siri: "Some Dreams Come True" by The Bangles starts playing on Spotify.

CityBeat: Hey Siri, who's going to win the Super Bowl?
Siri: The odds favor the Rams over the Bengals by 4 points.

CityBeat: Hey Google, who's going to win the Super Bowl?
Google: The Rams will be playing in their home stadium in L.A., so they have home field advantage — even though the Cincinnati Bengals are considered the home team for this game. So I guess if I said I was rooting for the home team, it could technically mean I was rooting for both. I love an underdog though, so I'll go against the odds here and pick the Bengals.

CityBeat: Hey Google, who will win the Super Bowl?
Google: If the Cincinnati Bengals win, it would be the franchise's first-ever title. The L.A. Rams have already been champions once. I think all the teams should get a turn, so Who Dey all the way. Who Dey chant plays.

CityBeat: Hey Google, who is going to win the Super Bowl?
Google: This year's game comes with some great QB backstories. Prior to this season, Matthew Stafford had zero post-season victories and he's turned that around in his first year on the Rams. If the Bengals win, Joe Burrow would be the only quarterback to win a Heisman Trophy, a national title and the big game. I think we'll see him get the triple crown. Bengals for the win.

And while it looks like Google and Alexa are members of Who Dey Nation — and Siri is really boring — gambling sites are saying the Bengals are the underdog, but "Madden NFL 22" predicts Cincinnati will win the big game.

Regardless, two out of three robots agree: The Bengals deserve a Super Bowl win.