Welcome to Hell: Ohio Has Second-Most Number of Haunted Attractions in the Nation

The Buckeye State has its share of ghosts, goblins and witches, especially in Cincinnati. 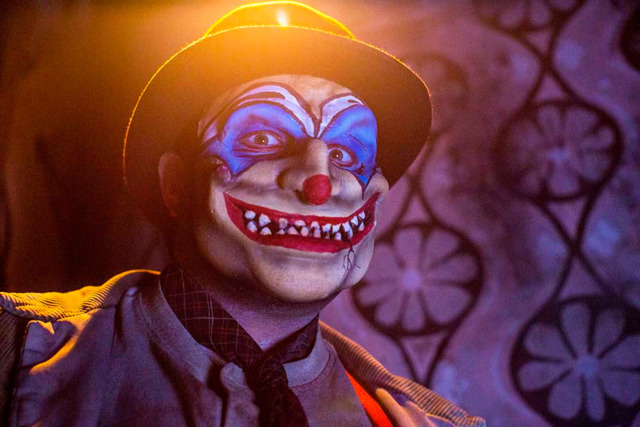 Photo: provided by Kings Island
You may run into this guy at Kings Island's Halloween Haunt.

Some say Ohio is hell — or at least that we're home to the best Hell is Real billboard.

The Buckeye State has its share of ghosts, goblins and witches, apparently boasting the second-highest number of haunted attractions in the United States. An Instagram post from haunt review and directory The Scare Factor says that Ohio has a whopping 116 haunted attractions throughout the state — just six fewer than top state California. Pennsylvania is third with 103, with the rest of the states significantly lower (Alaska has the fewest, with just two).

But hang on — in its national directory of haunted houses, hayrides and more, The Scare Factor actually lists 129 items for Ohio — more than what Instagram shows. That higher number is still good for second place in the nation.

Greater Cincinnati has some of the best attractions designed to scare the bejesus out of you in the entire state, including Brimstone Haunt, Dent Schoolhouse, Land of Illusion Haunted Scream Park and Kings Island's Halloween Haunt, and many even operate into November.

And if you're looking to commune with ghosts for real, try becoming a paranormal investigator. CityBeat recently tagged along when PINK: Paranormal Investigators of Northern Kentucky tried to connect to spirits living at Terror Town in Williamsburg, and we can't say that we'd ever had an experience quite like it before.