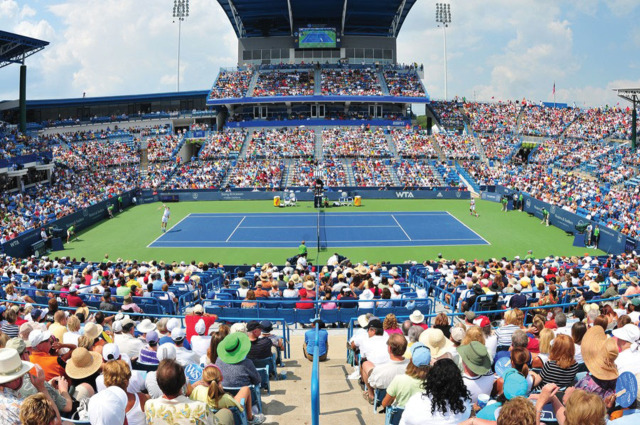 The Western & Southern Open returns to the Lindner Family Tennis Center for its 121st year Aug. 15-23, 2020 for a can’t-miss occasion for tennis superfreaks or just casual fans who want a reason to wear their preppiest polo shirts and see who the first player is to devolve into a racket-smashing temper tantrum.

The oldest tennis tournament to be played in its original city, the first ball to hit the court in the W&S Open (originally the Cincinnati Masters) was in 1899, when the matches were held at the current-day site of Xavier University. Today, the Mason-based open features more than a week's worth of men’s and women’s tennis matches, with players competing for $5 million and $2.8 million in prize money, respectively.

It just may be the sporting event of the year in Cincinnati, but there’s still plenty to do, eat and see even if your knowledge of tennis doesn’t extend beyond “playing” it on the Nintendo Wii in the mid-aughts. Past W&S Open events have included a Rhinegeist Brew Balcony and a Moet Champagne Bar, plus bites from Queen City eateries like Montgomery Inn, Mazunte, Skyline and Revolution Rotisserie as well as daily live music from local acts.