'Wonder Woman' slayed when it opened on Friday; Kathy Griffin made a tasteless decision (shocking!) to stage a photo shoot with a bloodied Trump dummy head; Margaritaville might be closed here in Cincy, but it’s moving to Broadway. 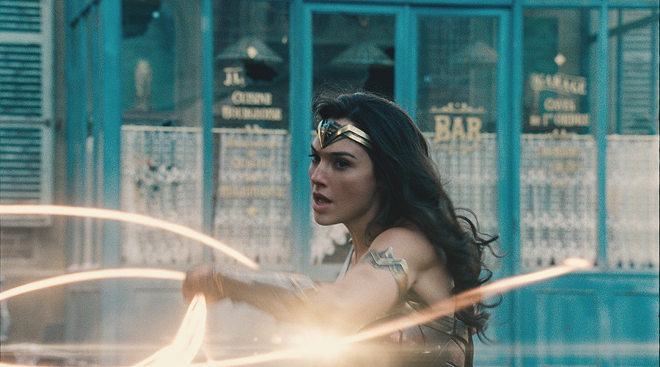 True love is a lie: ’90s scandal queen Mary Kay Letourneau and husband Vili Fualaau have split after 20 years. In case you scrubbed your mind of the details, Letourneau met Fualaau when she taught his second grade class and was his teacher again in sixth grade, at which point they began a sexual relationship — her at 34, him at 12. Two children and two prison sentences later, the pair ended up marrying in 2005. It was revealed early this week that Fualaau filed for separation in May. OK, on the real, now: There’s nothing funny about statutory rape, and it’s a double standard to hold their situation at another level from a young girl and adult man. But you have to remember, it was the ’90s, and it was totally OK to make “hot for teacher” jokes back then. And, creepily, the duo actually hosted some “Hot for Teacher Night” events at a Seattle bar back in 2009. But the plot thickens! Fualaau claims the separation is just a move so he can get licensed to sell a marijuana-based product he calls “Cigaweed” — and you can’t hawk hash if your spouse has a record. So maybe there’s hope for the lovebirds after all.

The Scripps National Spelling Bee offered some entertaining moments this week, if you could get past the shame that comes from watching tweens that are already infinitely smarter than you’ll ever be. Twelve-year-old Ananya Vinay won the championship with the word “marocain,” a dress fabric. Earlier in the competition, she was given the word “phthirophagous,” which means to eat fucking lice. WTF?! She not only managed to spell it correctly but also avoided dry-heaving as she did it.

Kathy Griffin made a tasteless decision (shocking!) to stage a photo shoot with a bloodied Trump dummy (oxymoron!) head with ~edgy~ celeb photographer Tyler Shields. It really wasn’t anything compelling or funny or necessary, although not overtly shocking, but the backlash was real. Griffin quickly apologized and tried to wipe the internet of the image, but not before Barron Trump saw it on TV. According to Daddy Trump, Barron thought it was real. He thought some bug-eyed ginger lady beheaded his father, the president of the United States, on television. He’s 11 and kids are pretty stupid, but you know that dude watches Game of Thrones and plays Grand Theft Auto with the best of them. The kid looks like he keeps faked bloodied heads as bedroom decor. And does anyone remember when Thrones used a George W. Bush dummy head in a scene? Anyway, Griffin went on to get canned by CNN (Cue: “CNN once hired Kathy Griffin?”) while Trump went on to pull out of the Paris Agreement. Because jokes in poor taste are a greater threat to the next generation than globally recognized climate change.

Terrorists drove a van into crowds on London Bridge this weekend, killing seven and wounding dozens of people. Coming on the heels of the Manchester attack just days before, England was on the minds of those across the globe. Just don’t describe the Brits as “reeling.” That’s what the New York Times did in a story Sunday, much to the chagrin of the people  known for their  propensity to “keep calm and carry on.” Because carry on they did — one man spotted in news photos fleeing the attack scene continued carrying his pint of beer. The hyperbolic tendencies of American media were met by the trending hashtag #ThingsThatLeave-BritainReeling, proving British folks are far more likely to be taken down by the notion of microwaved tea than by ISIS.

Who run the box office? Girls. Wonder Woman opened Friday, and it slayed. It’s the first superhero flick to star and be directed by a woman, and it topped Fifty Shades of Grey as the biggest debut for a woman director (thank goddess), bringing in more than $100 million this weekend. And unlike some other big-name superhero movies of late, Wonder Woman garnered gushing reviews, too.

But it wouldn’t be 2017 if there weren’t some controversy. The movie was banned in Lebanon due to star Gal Gadot’s history as a soldier in the Israel Defense Forces a decade ago. She served in the 2006 war, during which more than 1,000 Lebanese civilians died in the conflict, and more than 1 million were displaced from their homes. Here in the states, some folks had grave concerns, too: a handful of women-only screenings. Yes, it may sound like some petty “men’s rights” bullshit, but everyone knows when dozens of women watch an empowering film together, their cycles sync and they begin to take the form of Lena Dunham, Amy Schumer and Beyoncé.

Margaritaville might be closed here in Cincy, but it’s moving to Broadway! Escape to Margaritaville, now playing in La Jolla, Calif., ahead of its winter Broadway debut, follows a part-time bartender and singer living in a tropical paradise. When he meets a beautiful career-minded tourist, he begins to question his mellow lifestyle. If Broadway etiquette snobs thought theater was taking a turn for the casual with audiences in flip-flops and sweats, just wait till the Tommy Bahama and fins come out.

This week’s victims in the ongoing millennial murdering spree that is young people rejecting outdated market trends: Chain restaurants like Applebee’s and Buffalo Wild Wings. Apparently endless apps and Mudslides aren’t hitting the spot for 20- and 30-somethings. Yes, Applebee’s is often a punch line among young people — but only because, growing up, their parents thought it was the happenin’ Thursday night spot. It’s only natural to avoid what your parents thought was cool. Come 2035, we’ll be reading headlines about Generation Z slaughtering Chipotle. Just kidding. There won’t be any news to have headlines in 2035!