The first clue that What If, the new film from Michael Dowse, might be a subtle veering off course from the typical journey can be found in the performance of Daniel Radcliffe as Wallace, the lovelorn chap at the center of things. 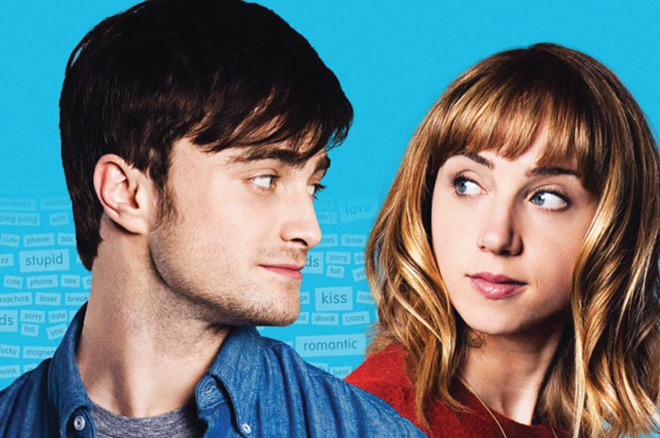 We all recognize the emotional trauma associated with broken hearts — the emptiness of loss, the insecurity of being left for another (or discovering first-hand that there was another in the first place), the utter lack of feeling that we imagine will accompany us forever (although it rarely lasts as long as we believe it will) — but it is never quite the same when it is portrayed onscreen, especially in romantic comedies. There is a shorthand at play, signifiers of the pain that briefly flash before our eyes, although, in these cases, the sensation doesn’t come close to capturing the lifetime of hurt, because the point in the movies is to reach the inevitable happily ever after.

The first clue that What If, the new film from Michael Dowse, might be a subtle veering off course from the typical journey can be found in the performance of Daniel Radcliffe as Wallace, the lovelorn chap at the center of things. Wallace is exactly what we’ve come to expect from these situations; he is moping along, alone on a rooftop, oh so sad and lonely. He offers a suggestion of narration, telling us that he has been hurt, but all this does is allow us to fill in some of the gruesome details on our own, from our own experiences, and we are right up there with him without too much effort.

And when his good friend and party animal Allan (Adam Driver) invites him to a raucous house party, the usual attempt to get the sad sack out for that chance encounter, we tag along. The meeting with Chantry (Zoe Kazan) goes according to plan — the two of them stand before the refrigerator creating “spontaneous” magnetic word poems — and the what ifs begin, right?

Well, yes and no. Dowse is blessed with the presence of Radcliffe, everyone’s favorite boy wizard, who is moving on from that signature role of a lifetime in quite curious fashion. Unlike other young pop stars, generally those who gain instant fame as teenyboppers in music or television (or the usual synergistic combination of the two that’s so prevalent today), Radcliffe hasn’t felt the need to pull any sort of stunt to break free of the association with his past. He hasn’t run around naked in the public sphere — well, he has dropped trou onstage, for a role, mind you — or taken roles guaranteed to shock his fan base — well, he did play Allen Ginsberg in Kill Your Darlings, but it’s not like the legions of Harry Potter devotees know anything about Ginsberg. Radcliffe has simply gone about the task of doing the work.

And the work in What If is all about the pain, which Radcliffe never lets us forget. His hurt and confusion are always right beneath the surface, lurking in every scene. Wallace is a bit of a fumbler in the game of love — the nerdy neuroses inhabit his every gesture and expression. He is cute and helpless, but the pairing here is not prime date bait. Wallace exists as a member of the walking wounded, a living embodiment of the lyrics from the 1990s album of the same name by British duo Everything But the Girl. Lead singer Tracey Thorn sang, on the title track, “Out amongst the walking wounded, every face on every bus/Is you and me and him and her and nothing can replace the us I knew.” That is Wallace every time he looks at Chantry, this new girl who immediately informs him that she’s got a boyfriend named Ben (Rafe Spall) — a nice enough fellow, although he can’t quite trust that Wallace merely wants to be friends with Chantry.

Funny things happen along the way. Wallace’s emotional hurt gets physically released, sometimes as klutzy subconscious reactions, other times as much more direct and intentional expressions.

During a recent phone interview, I asked Dowse about these moments, because in a couple of his previous efforts (Take Me Home Tonight and Goon) that physicality is present as well.

“That was definitely in the script,” he says. “There’s some nice unexpected physical violence and comedy to surprise people with. When you’re doing a film with people sitting around talking so much, you need these moments of physical comedy to shake people out of that. I was very careful to shoot it properly though.”

The movie certainly capitalizes on that jolt of adrenaline, especially since the action has psychological underpinnings. Of course, after the buzz has gone, we settle back in with Wallace and Radcliffe’s melancholy performance. The sneaky thing about the turn is we hang in there with Radcliffe thanks to our warm recollections of him as Harry Potter. So Wallace, despite the seemingly infinite sadness of his scenario, never comes across as a complete drag, as he might have been if someone else had taken the role. (Opens Friday) (PG-13)