What To Do This Weekend in Cincinnati: July 13-15 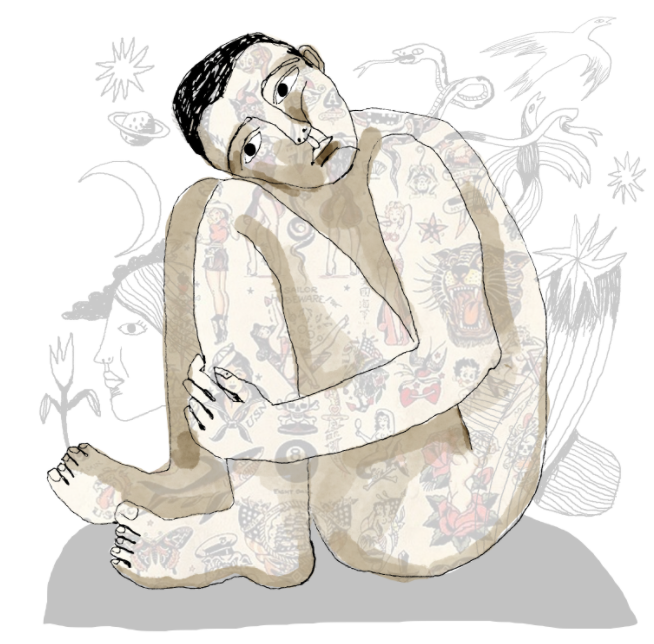 Formed in the mid ’90s at Ohio University in Athens, Ohio and eventually settling into the Columbus, Ohio music scene, Rock band Red Wanting Blue built up its national profile with constant touring and a steady stream of acclaimed DIY releases. Led by singer/songwriter Scott Terry (now based in Brooklyn), the band’s loyal grassroots following allowed them to work with notable producers and develop its melodic, Americana-flavored sound throughout the ’00s, before signing with a Caroline/EMI imprint in 2010. With the wider distribution and backing, subsequent albums — like 2012’s From the Vanishing Point — began doing well on the Billboard charts and RWB was getting radio airplay, playing sold out shows and appearing on David Letterman’s TV program. This year saw the release of RWB’s 11th full-length, The Wanting, which was produced in Nashville by acclaimed singer/songwriter Will Hoge. The band wrapped up a spring tour last month and comes to Cincinnati for a one-off outdoor show this weekend, teaming up with Cincinnati singer/songwriter Kyle English and Columbus AltRockers Go Analog as part of Fountain Square’s free Fifth & Vine Live music series. 7 p.m. Friday. Free. Fountain Square, 520 Vine St., Downtown, myfountainsquare.com.

If date night at the cemetery sounds like something reserved only for teen rebels sneaking out past curfew, think again. Spring Grove has the perfect excuse for an outing both normies and goths can dig. Grab some grub from food trucks on site like The Dapper Donut, Sunny Side Brunch & More and Quite Frankly before settling down for a 40th-anniversary screening of Grease in the rose garden. Bring a picnic blanket or chairs, pull that poodle skirt (or leather jacket) out of your closet and get ready for one of those perfect “Summer Nights.” 7-11:30 p.m. Friday. Free. Spring Grove Cemetery & Arboretum, 4521 Spring Grove Ave., Spring Grove Village, springgrove.org.

New York’s Aicon Gallery is hosting a pop-up exhibition of South Asian artists at Pendleton’s Marta Hewett Gallery through Sunday. Called Delicate Bond of Steel, the goal of the exhibit is to explore the “historic cultural and artistic ties that continue to bind South Asian nations such as India, Pakistan, Bangladesh and Sri Lanka, despite the traumatic partitions and redrawing of borders,” according to a release. On view are works by Anila Quayyum Agha, G.R. Iranna, Arunkumar H. G., Gigi Scaria and more. Cincinnatians may remember Pakistani-American Agha’s work, All the Flowers are For Me, which was on display at the Cincinnati Art Museum last year. Her laser-cut suspended and illuminated steel cube installation threw highly detailed shadow — reminiscent of Islamic architecture forms — on gallery walls. Through July 15. Free. Marta Hewett Gallery, 1310 Pendleton St., Pendleton, facebook.com/martahewettgallery.

Comedian Ryan Singer has just released his first book, Ryan Singer’s Notebook. The Kettering native returns home to Southwest Ohio this week to record his fourth album, due to be titled Free Love. “(I’m) talking about everything from getting older to singularity, Bigfoot, space, milkshakes,” he says, “but mostly the idea that we have to focus on love nowadays over hate even though it’s hard.” He also continues to do his popular podcast Me & Paranormal You, which also informs his stand-up. Think of it as a Coast to Coast A.M. for the Never Not Funny generation. Singer started his stand-up career at Go Bananas and has recorded all of his albums there. In addition to headlining clubs across the country, he also features from time to time for close friend Marc Maron. Through Sunday. $8-$14. Go Bananas, 8410 Market Place Lane, Montgomery, gobananascomedy.com. 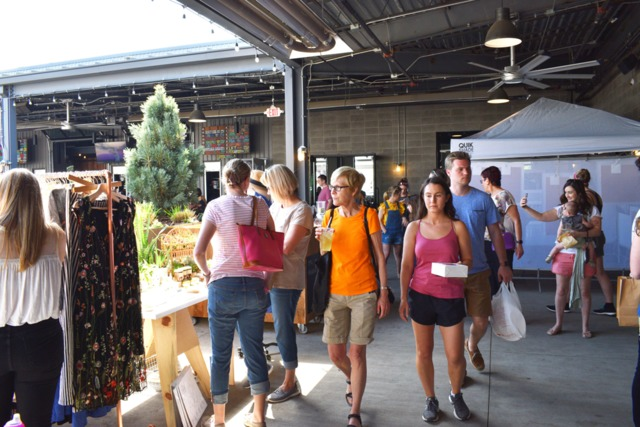 Good news for all you flea market aficionados — there’s no need to wait until the next City Flea to get your shopping fix. The O.F.F. Market is back for its July market and another chance to shop art, coffee and baked goods, clothes, jewelry, housewares and all sorts of other good stuff handcrafted right here in Cincinnati. Plus, this market is inside MadTree’s barrel warehouse, so you can shop small and local while escaping the grossness outside in the sweet AC. 10 a.m.-4 p.m. Saturday. Free admission. MadTree Taproom, 3301 Madison Road, Oakley, theoffmarket.org.

For more market action, head to the quarterly Market Bleu at the CAC. This night market takes over the museum’s lobby once a season to highlight local handcrafted products and fine arts. This time, regional artists from Louisville, Lexington, Columbus and Indianapolis will also be setting up shop. Discover everything from ceramics and skincare to jewelry and photography, while sipping on cocktails from the house bar. 5-10 p.m. Saturday. Free admission. Contemporary Arts Center, 44 E. Sixth St., Downtown, marketbleu.com.

Calling all crazy plant ladies: Wave Pool in Camp Washington has an exhibition just for you. Let It Grow plays on the “contemporary fixation on houseplants” by examining the relationship between human and plant. Why do we remove these self-sustaining organisms from their natural habitat and place them in pots in our homes? What does it mean to force them to rely on us as their sole caretakers? The artists in the exhibit come at these question from different angles and media, including via “cartoon plants” made of paper pulp, cosmic and oversized dioramas and even a living plant wall. Opening reception 7-10 p.m. Saturday. Through Sept. 1. Free. Wave Pool, 2940 Colerain Ave., Camp Washington, wavepoolgallery.org.

ONSTAGE: The Mystery of Irma Vep

The Mystery of Irma Vep is a “penny dreadful.” What’s that, you might ask? Back in the 19th century, these were cheap, sensational stories published for the working class. That’s pretty much what inspired Charles Ludlam to write a satire of theatrical, literary and cinematic melodramas. This campy tale — featuring a sympathetic werewolf, a vampire, an ancient Egyptian princess brought back to life, a lonely British lord, an unreliable groundskeeper and a head-spinning whirl of others — is designed for two actors who play eight characters. Costume changes and clever scenes mean this is an evening of manic fun. Through August 5. $29 adults; $26 seniors/students. Warsaw Federal Incline Theatre, 801 Matson Place, Price Hill, cincinnatilandmarkproductions.com. For seven blessed days, an American pillar of beefy, greasy goodness will be just $5 across the city, thanks to CityBeat’s Cincinnati Burger Week. Restaurants including Nation, Tickle Pickle, Frisch’s, BugerFi, MOTR Pub, B&A Street Kitchen and more will each serve their specialty take on the burger. From seasonings in the patty to what’s layered on top, like an abstract work of art, interpretations are endless. And with partners like Braxton Brewing Co. and Jack Daniel’s, expect some great beverage specials, too. Grab an official Burger Week passport and get stamped at different dining destinations throughout the week. If you get three stamps and submit your passport, you’ll be eligible for a prize. Through July 22. Various Locations, cincinnatiburgerweek.com.