My critical heart wants more than an entertaining refrain. 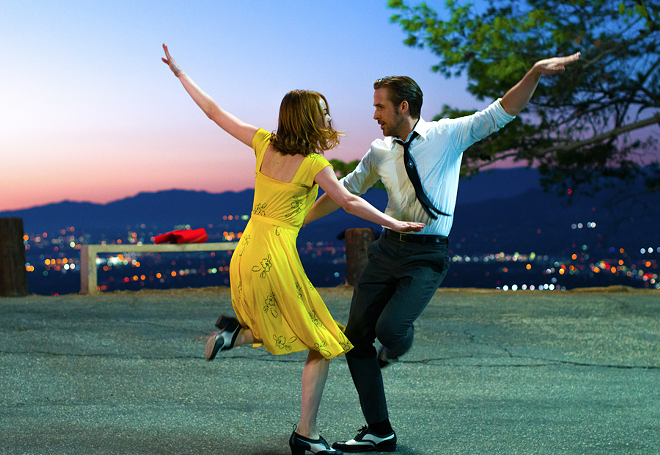 Photo: Dale Robinette
Emma Stone and Ryan Gosling sing and dance in "La La Land"
I’ve never considered myself a contrarian. There’s no need to go against the grain just for the sake of doing so. If you find yourself taking a stand that places you in opposition to the consensus, then I believe said stand should be based on reasoned principle or, in the case of what I do as a critic, well-defined and documented personal preferences.

I entered the Toronto International Film Festival screening of La La Land fully aware of the prevailing opinions of the film. The critical narrative, as is the case, had already been written. Most of us had loved the intensity of Damien Chazelle’s Whiplash, which brought a well-deserved stamp of Oscar glory to J.K. Simmons for his demanding supporting role. We trusted the idea that Chazelle — writer and director of La La Land — would have the rhythmic sense to tell a story in song, and that he would be ably supported by Emma Stone and Ryan Gosling, the closest thing we might have to American Sweethearts today.

And there it was, right from the start: a dazzling spectacle, an L.A. traffic jam transformed into a multi-cultural chorus line stomping its way into our hearts.

I am notoriously resistant to the movie musical. It insults my practical adherence to narrative logic. I simply cannot abide the idea that people feel the need to break into song as a means of expressing themselves. I sing in my car, but that doesn’t have anything to do with my worldview, and I don’t relate to characters in movies fashionably wearing their feelings over swelling beats and rhyme schemes.

But I have to admit that this brave new Land started working on me, breaking down my defenses. I admired its creative strivers — a traditional Jazz musician (Gosling) and a perky and determined actress (Stone), diligently in pursuit of their dreams. What writer wouldn’t? I didn’t mind their tentative vocal expressions. There was passion in their effort.

Although I would be remiss if I didn’t point out that ultimately, for as great as I thought the whole affair was (and is), it lacked the depth and resonance of films like Moonlight and Manchester By the Sea. My soul might hum along at a quicker pace thanks to its sweet charms, but La La Land wasn’t providing me the necessary sustenance to survive the holiday season.

I don’t want my objection to be rooted in awards season, but that’s a sticking point for me. I watch as each group — national critics and filmmaking associations — hands out honors for the year’s best, and there is La La Land, nominated by the Golden Globes for Best Motion Picture – Musical or Comedy, Best Performances for Actor and Actress, Best Screenplay and Director for Chazelle, included in the National Board of Review’s Top Ten Films of 2016 and a multiple Critics Choice Award winner from the Broadcast Film Critics Association. I see the writing on the wall, and as previously stated, it’s been there all along.

La La Land dazzles us with a romantic show of emotion. It is familiar and true, and executed with a precision that is second to none. But my critical heart wants more than an entertaining refrain. I need to face loss and mourning with the knowledge that sometimes it never truly ends.

Kenneth Lonergan left me adrift in that sense with Manchester By the Sea. I wanted to experience the hopelessness of being a young black boy approaching manhood with questions about what it means to be a fully functioning person (Moonlight). TIFF supplied journeys back to the Civil Rights era, revealing a fierce woman defining history for herself and her dead husband (Jackie), while also offering the kind of love that speaks louder and rewrites laws without rallying cries and turning the other cheek in the face of brutal assaults (Loving). There’s even the quiet revelation captured during the identity-forming college years of a smart young biracial man who one day would assume the mantle of leader of the free world (Barry).

These films addressed several moments at once: the immediacy of the now, the timelessness of our shared past and the hopes of our future. La La Land engaged my senses in the moment, and will certainly do so any time I watch it, but it will not linger like a haunting refrain. Sadly, it didn’t go to my head.