With Over 26,000 Instagram Followers, Artist Hannah Good's Work Centers on Self Care

Her illustrations range from iterations of pop culture icons to gentle reminders to take a break, grab a cup of coffee and keep moving 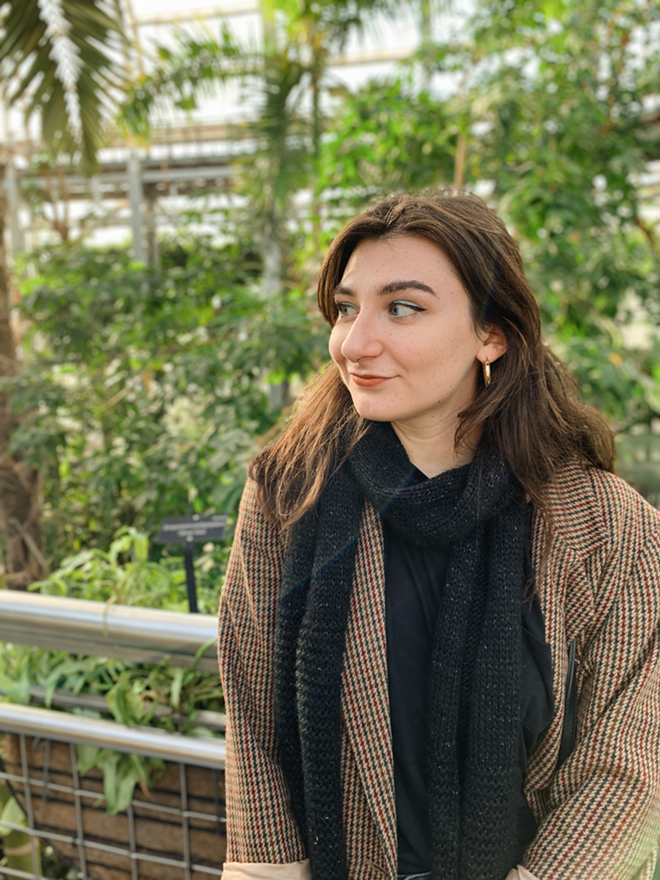 Hannah Good incites in her Instagram followers an intriguing juxtaposition of feelings: fierce, unapologetic courage paired with the comfort of being wrapped in a blanket and watching your favorite shows.

Messages she touts include: surround yourself with strong women; you don’t exist to work; nobody remembers the dumb thing you said at the party.

Her Insta, @hannahgoodart — which has over 26,000 followers — is filled with illustrations orbiting one consistent theme: self-care. They range from iterations of pop culture icons — Carrie Fisher with the words, “Stay afraid, but do it anyway” — to gentle reminders to take a break, grab a cup of coffee and keep moving.

“The act of creation is always just an important part of my identity and my life. And so anytime that I exercise that kind of discipline is really rewarding and is a form of self-care,” the 22-year-old says. “And then sometimes, not drawing is a form of self care.”

A recent Western Kentucky University English graduate, Good has a warmth that transcends her internet persona — a joyous smile, giddy laugh and an open heart bring sunshine to those who might need a mood boost.

Although she’s often told so, she doesn’t necessarily consider herself a positive person. Much of her self-care-centered artwork is for herself as much as it is for her followers. Often she says the positivity manifested in her art is her “faking it,” an exercise that reminds her to think productively.

A Northern Kentucky native, and recently based in Louisville, she remembers buying notebooks with her dad at the county market in Alexandria before she even knew how to write.

“I just scribbled and drew stuff,” Good says. “The way that I put it is, I knew that I had things to say, but I didn’t know how yet.”

As a teenager, Good posted her art on Tumblr. Just before her junior year in high school, she was stressed about her summer reading assignments and drew what became her first “Pep Talk.” The most prominent of her illustrations, they depict monthly words of encouragement to her followers.

“It popped off — it got like five digits of notes, which was unheard of in my tiny teen brain,” Good says.

Her followers encouraged her to post a pep talk every month, leading her to make Pep Talk Calendars, which she sells on her Etsy shop. She drew the first calendar by hand for 2015. She’s made six calendars so far, having since moved to digital art. (Her 2020 calendars are now available.)

“My early pep talks were like, ‘No excuses, do your work! What do you think you’re doing?’ And so it was very aggressive, just the language of it was quite abrasive,” Good says. “Now, the tone of my illustrations is so much gentler. It introduces more nuance and balance.

Her artwork has also expanded beyond just drawings of herself to include a more diverse, inclusive audience. Good realizes her large Instagram following also comes with a social responsibility. 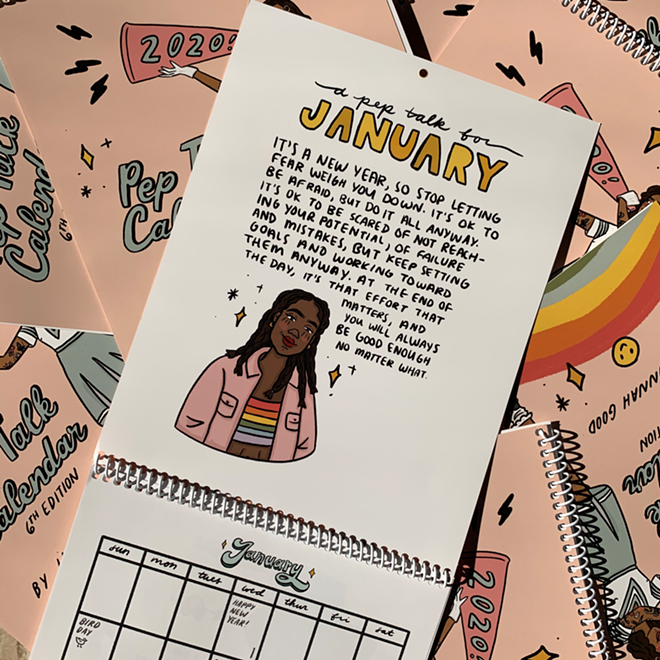 “I think I got an Instagram DM that was like, ‘Do you ever draw anything other than skinny, white girls?’ And I was like, ‘You’re right,’ ” Good says. “I started to think more about the responsibility of image making, and how just drawing a cis white woman all the time was kind of irresponsible if you have a big audience.”

Good loves welcoming artistic communities and finding common ground with those online and in the real world. When others relate to what she illustrates in a pep talk, she says it speaks to the “commonality of the human experience.”

Her success on Instagram and her journalism pursuits in college — where she served as editor-in-chief of WKU’s Talisman magazine — have led her to a social media and web fellowship at Washingtonian Magazine in Washington, D.C., where she recently moved.

“I think the most important thing is to make stuff that feels honest,” Good says. “To just speak to the complexities of being a person… but also to realize that the impact of it all is so much bigger than accumulating followers.”

Follow Hannah Good’s art on Instagram or check her stuff out on Etsy (including the 2020 Pep Talk Calendar): @hannahgoodart