Presented in conjunction with CCM, 'O'Toole From Moscow' — the story of a Russian who accidentally becomes a Reds player — was produced and adapted for radio by veteran Cincinnati journalist John Kiesewetter 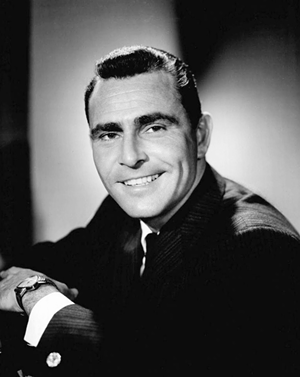 The night before Opening Day, WVXU will premiere its radio play based on a Cincinnati Reds-related TV comedy by The Twilight Zone creator Rod Serling, the Cincinnati Public Radio station has announced.

Broadcast live on NBC in 1955 in the midst of the Cold War and "Red Scare" panic over communism, O'Toole From Moscow was a comedy about a Russian embassy official and his bodyguard, who, through a series of mishaps and misunderstandings, winds up playing for the Cincinnati Reds. The show aired just a couple of years after the Reds officially changed their name to the "Redlegs," as to not be associated with Russia and communism ("Reds," you see, was a nickname for communists). The team kept the name until 1959.

Presented in conjunction with the University of Cincinnati College-Conservatory of Music, O'Toole From Moscow was adapted for radio by veteran Cincinnati journalist John Kiesewetter, who is also producing the radio play (Kiesewetter has been WVXU's media writer since 2015). Directed by CCM professor Richard Hess and performed by CCM students, Serling's daughter Anne Serling acted as the show's narrator, according to posts from Kiesewetter. The program was recorded last year.

"I've known about Serling's O'Toole From Moscow since 1989, when I first wrote a story for the Cincinnati Enquirer about Serling's life here," Kiesewetter writes in a recent post about the project's premiere date (Serling got his start working at WLW in the early ’50s). "It's been my dream for three decades to find and revive Serling's story involving the Cincinnati Reds. Through my connections with Serling historians, I tracked down the O'Toole script for Cincinnati Public Radio. We met with Anne Serling, and she gave us her blessing to our project."

Read more about the program at wvxu.org.