Lots of ways to watch some fireworks; the Rubber Duck Regatta; the Ohio Renaissance Festival and more.

ART: THE SHOP AT DIVISIBLE

The Shop is a two-person exhibition of selected works by Cincinnati-based artist Geoffrey “Skip” Cullen and Jason Rohlf of Brooklyn, N.Y., curated by Seth Wade, an artist and current MFA candidate at the University of Cincinnati. Cullen, a University of Cincinnati instructor and one half of the artists/partners behind Camp Washington’s Wave Pool gallery, will exhibit his newest still-in-progress series, which parallels qigong movements, exercises and breathing techniques related to tai chi using high-gloss automotive paint on three-dimensional surfaces. Rohlf’s paintings are from his ongoing “Shop Rag Project,” in which he layers painting and collage upon shop rags typically found in automotive garages. Opening reception 6-9 p.m. Friday. Through Sept. 23. Free. Divisible, 1001 E. Second St., Building 100, Second Floor, B-C Door, Dayton, Ohio, facebook.com/divisibledayton.

Fountain Square had a solid season of free weekly concerts this year, featuring national and local acts playing everything from Reggae and Gospel to Salsa and Indie Rock, and this Friday is the Square’s final “Indie Vol. 2016” concert. Closing out one of the best years ever for the every-Friday series is Cloud Cult, the epic, progressive Chamber Rock ensemble that has built its fanbase DIY-style, releasing acclaimed albums on its own label for the past decade and a half. The group’s latest full-length (Cloud Cult’s 10th) is The Seeker, which was released earlier this year along with an accompanying film starring How I Met Your Mother’s Josh Radnor. Superb local Indie Rock quintet Motherfolk opens the show. 8:30 p.m. Friday. Free. Fountain Square, Fifth and Vine streets, Downtown, myfountainsquare.com. 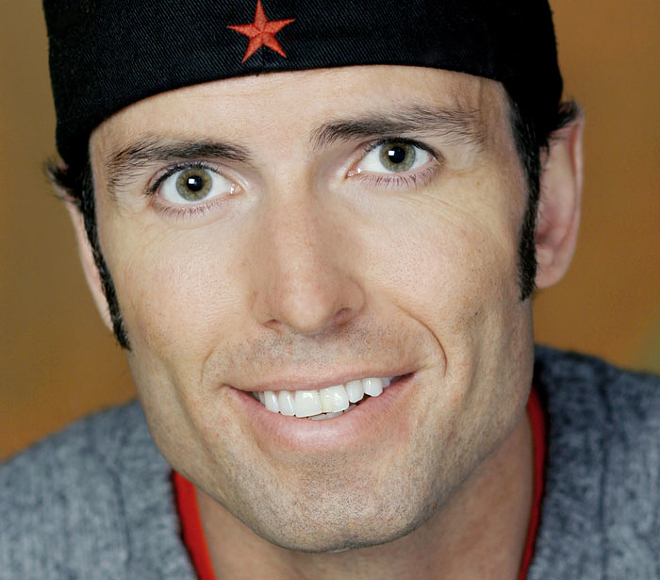 Kenny Smith might just be the ultimate slacker. He flunked out of college and was let go from every job he’s ever had. Obviously, he needed a vocation that would let him be his own boss, which explains why he became a stand-up comic — it truly lets him embrace his inner slacker. “I just saved a bundle of money,” he says to an audience, “by switching to no car insurance.” It’s ironic that as a college dropout, he’s made a name for himself performing at universities. The comedian has also been on Jimmy Kimmel Live! and is a frequent guest on radio’s The Bob & Tom Show. Thursday-Sunday. $8-$14.  Go Bananas, 8410 Market Place Lane,  Montgomery, gobananascomedy.com.

It’s a bird! It’s a plane! It’s… no, wait. It’s actually a plane. And a WWII bomber plane at that. Get up close with B-17 bomber “Aluminum Overcast,” as well as other jets, helicopters and sports airplanes when the Cincinnati Warbirds host Lunken Airport Days on Saturday and Sunday. It’s your chance to talk to mechanics, air traffic controllers and pilots to find out just how hard it really is to fly one of those bad boys. You can catch a ride in one, as well, if you’re lucky. 10 a.m.-4 p.m. Saturday and Sunday. Free admission. Lunken Airport. 262 Wilmer Ave., East End, cincinnatiwarbirds.org.

Ever wonder what the 16th century was like? Well, worry no more, because the Ohio Renaissance Festival is here to show you. Cheer on your favorite knights to victory during a jousting tournament, shop around in a medieval marketplace or feast on a giant roasted turkey leg. The variety of games, shows, crafts, food and drink is enough to keep all ages entertained. Walk around with swordsmen, pirates, nobles and peasants as you enjoy your day (or take it to the next level and come dressed as one yourself). The festival is bound to transport you back 400 years and give you a day-long adventure. 10:30 a.m.-6 p.m. Saturdays and Sundays (and Labor Day). Through Oct. 23. $21.95 adult; $9.95 child. 10542 East State Route 73, Waynesville, Ohio, renfestival.com.

Local art fanatics, you have two more opportunities to join Art on Vine outdoors before the event moves inside to Rhinegeist for the winter. Art on Vine hosts its second-to-last event on Fountain Square Sunday with food, alcohol and everything else you need to accompany a day of art and craft buying from more than 60 local artisans. Mark your calendar: The final outdoor market of the season will be held on Oct. 2. Noon-6 p.m. Sunday. Free admission. Fountain Square, Fifth and Vine streets, Downtown, artonvinecincy.com.

The Sunday before Labor Day in Cincinnati is a pyromaniac’s dream, and this year’s 40th-annual WEBN Riverfest won’t disappoint. Nearly half a million people on both sides of the Ohio River will party their absolute hardest while enjoying the half-hour fireworks show, set to a soundtrack from WEBN. This year’s theme, “Celebrating 40 Years of Fireworks,” will be even bigger and better, as radio station Kiss 107 hosts live music from recording artists Alex Angelo, Jordan Fisher, Jacob Whitesides and Daya. Millennials agree: It’s going to be lit. Noon-10 p.m. Sunday; fireworks begin at 9:05 p.m. Free. Sawyer Point, 705 E. Pete Rose Way, Downtown, webn.iheart.com.

The Cincinnati Dinner Train takes riders both back in time and to the riverfront for the annual Riverfest fireworks. Ride in style — traffic free — in a 1940s vintage dining car with a round-trip ticket featuring a four-course meal, access to a bar car and large windows for fireworks viewing. Warning: This cruise always sells out, so if you can’t get tickets now, plan for next year. 5 p.m. Sunday. $60-$115. Cincinnati Dinner Train, 2172 Seymour Ave., Norwood, cincinnatirailway.com.

The Newport Aquarium offers one of the best views of the Riverfest fireworks on its private outdoor patio. Nestled between the Taylor-Southgate Bridge and the Purple People Bridge, watch the colorful and coordinated explosions outside, or enjoy tons of fun inside. Aquafest promises up-close animal encounters, food stations, a dessert bar, alcohol, live music and unobstructed views, along with after-hours access to all aquarium exhibits. 5:30-11:30 p.m. Sunday. $119; $99 passholders. Newport Aquarium, Newport on the Levee, Newport, Ky., newportaquarium.com. Expect to see a few more ducks than usual on the Ohio River Sunday. Around 200,000 sunglass-bespectacled waterfowl will sail down the river during the 22nd-annual Rubber Duck Regatta, with the entirety of proceeds from duck sales benefitting the Freestore Foodbank. After diving off the Purple People Bridge, ducks will be randomly selected from the flock to bag their owners corresponding prizes. First prize is a 2016 Honda Civic (plus a cool $1 million if their duck is the mythical KEMBA Million Dollar Duck), while a second-prize winner will receive $100 from Kroger every week for a year. An additional five winners will take home $500 cash. Get in the spirit at noon during the Great American Quacky Games, during which local media outlets compete for glory on Fountain Square. The regatta leads up to the Western & Southern/WEBN Fireworks, which is commemorating a monumental 40 years this summer. 3 p.m. Sunday. $5 per duck, available online and at select locations. Purple People Bridge, Newport, Ky., rubberduckregatta.org.

People’s Liberty grantees and space-lovin’ humans Liz and Josiah Wolf have spent 10 months creating “Space Walk,” a permanent educational and public art installation along the Mill Creek Greenway Trail that features a mile-long scale model of the solar system. Built sculptures of the planets are encased in special holders, marked with each one’s distance from the sun, and placed along the creek’s walk/bike path, starting at Salway Park. The launch party begins with champagne and cocktails at The Littlefield in Northside, then a shuttle takes guests to the “Sun” at 8 p.m. Solar-powered lights will illuminate the remaining planets as the real sun sets. Take the tour at your own pace or follow amateur astronomer Josiah on the journey. Tour ends at Neptune, with a shuttle back to the bar. 6:30-9 p.m. Monday. Free admission. The Littlefield, 3934 Spring Grove Ave., Northside, spacewalkcincinnati.tumblr.com.