Travel back to the 1950s during The Carnegie's Art of Food; immerse yourself in Japanese culture during Art After Dark: Samurai Sushi and Sake; grow some hair on your chest at Jungle Jim's Whiskey Trail. 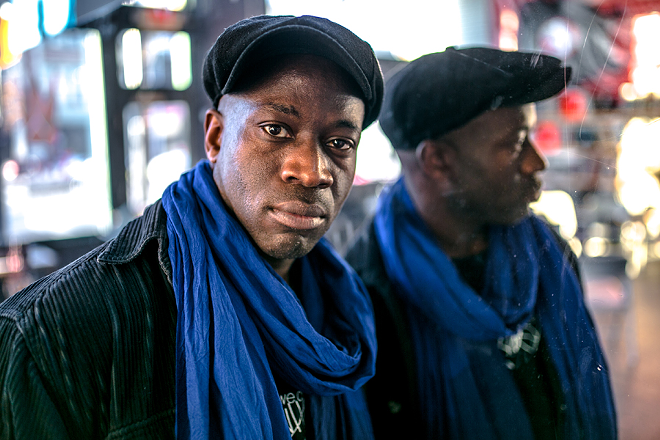 Napoleon Maddox, the socially conscious frontman of the Hip Hop group IsWhat?!, does everything with passion and thought. But he’s giving at least double his usual effort to Twice the First Time, an intensely personal project that makes its world premiere Wednesday night at the Contemporary Arts Center. Maddox’s multimedia piece, part of CAC’s Black Box Performance Series, retells the story of his great-grandaunts Millie-Christine McKoy, conjoined twins who were born into slavery in 1851 in North Carolina. (Although there is an alternative spelling of their names, Maddox prefers the one used here.) First sold to a showman before they were a year old, and later kidnapped, the sisters became known as “The Eighth Wonder of the World” and “The Two-Headed Nightingale” while touring the United States and Europe as a circus act. The CAC performance combines song, dance, film, poetry and speculative fiction as it alternately travels back to the 1800s and brings Millie-Christine into the present day. Maddox shares the floor with other local musicians and his frequent collaborator Sorg, a French beatmaker/producer. Read more in this week's cover story. 7:30 p.m. Friday. $15; $10 members. Contemporary Arts Center, 44 E. Sixth St., Downtown, contemporaryartscenter.org.

Bulgarian-born, Cincinnati-based visual artist Ivan Ivanov will show a selection of his recent body of acrylic paintings on canvas at 1305 Gallery this Final Friday. Trained as a visual artist more than 20 years ago at the prestigious Savannah College of Art and Design, Ivanov took a long pause from exhibiting his work to raise children but recently returned to many of his explorations that began in the early 1990s. With an inclination toward the expressive gesture, Ivanov’s mid-size canvases are bustling with color and fluid abstract forms. Opening reception 6-10 p.m. Friday. Through March 26. Free. 1305 Gallery, 1305 Main St., Over-the-Rhine, facebook.com/1305gallery. 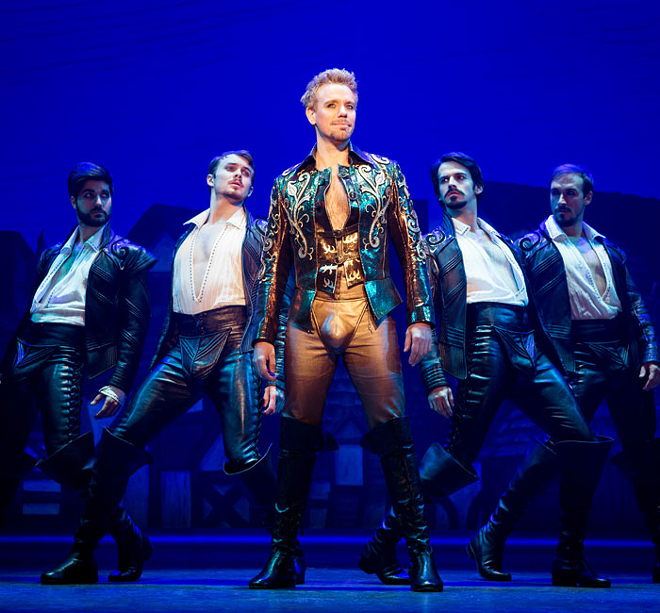 Shakespeare and musical theater, all in one show? Impossible, you might say — but one wag termed this show “Broadway’s funniest musical in at least 400 years.” A pair of frustrated playwrights in Elizabethan London are eager to best an upstart guy named Shakespeare who’s getting all the raves. How to beat him at his own game? A soothsayer suggests the next big thing in theaters will be “musicals.” So they set out to invent them — with hilarious results. If you hate Shakespeare, you’ll love this show. And if you love Shakespeare (and musicals, parodied throughout), you’ll love this show. Through March 5. $30-$94. Aronoff Center for the Arts, 650 Walnut St., Downtown, 513-621-2787, cincinnati.broadway.com. 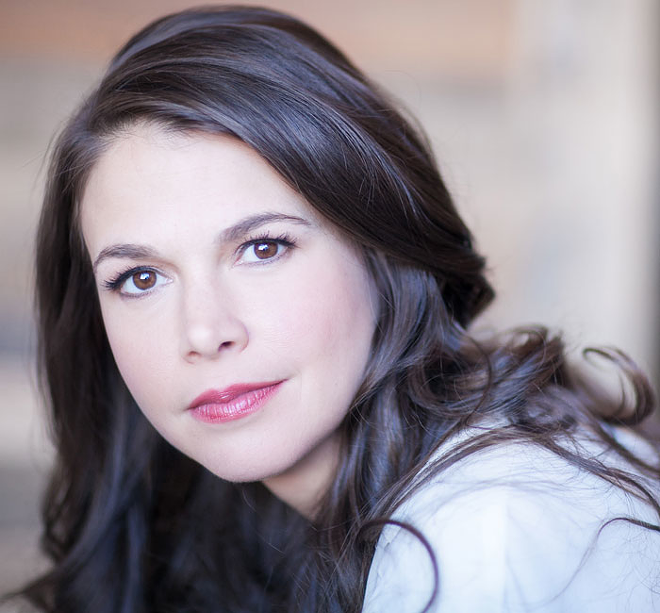 As the Cincinnati Pops’ season winds down and its residency at Taft Theatre draws to a close, Broadway superstar Sutton Foster pays a visit to Cincinnati to perform a selection of Broadway favorites as well as classics like “I Get A Kick Out of You” in celebration of Cole Porter’s 125th birthday. Sutton is a two-time Tony Award winner (Thoroughly Modern Millie, Anything Goes) and has performed and originated roles in a remarkable number of Broadway productions, including Shrek the Musical, Little Women and Violet. 8 p.m. Friday and Saturday; 2 p.m. Sunday. $25-$105. Taft Theatre, 317 E. Fifth St., Downtown, cincinnatisymphony.org.

The Art of Food at The Carnegie this year takes inspiration from the 1950s. Step back to a time when Mom and Pop sipped Old Fashioneds in the den before the whole family sat down to TV dinners, but enjoy those memories with modern twists. For instance, Thursday’s An Atomic Dinner Party for 200 people will include guided bourbon tastings from Maker’s Mark. For the big bash Friday, artist Joe Girandola is raiding Dad’s toolbox to create duct tape sculptures, and Pam Kravetz and a team of fellow creatives are channeling Julia Child for a playful take on cooking shows. Meanwhile, 20 chefs from top local restaurants and caterers will offer bites celebrating the Joy of Cookingand other ’50s classics. 6-9 p.m. Friday. $50, $35 members. The Carnegie, 1028 Scott Blvd., Covington, Ky., thecarnegie.com.

With a title like Dressed to Kill: Japanese Arms & Armor, you might think this is purely a warlike exhibit, aiming for throngs of young (and older) men rushing to the Cincinnati Art Museum through May 7 to imagine themselves in battle with the weaponry on display. And there may be that aspect to it. But really, despite — or because of — the clever pun of a title, the way to think of this show is as a fashion exhibit, not unlike the Taft Museum of Art’s current Bijoux Parisiens: French Jewelry from the Petit Palais, Paris. Only it is one where the decorative objects are samurai armored neck guards instead of gemstone-bedecked necklaces; katana swords with long curved blades rather than bracelets and brooches. Really, the designers who installed this show for Asian Art Curator Hou-mei Sung may have been thinking the same thing. The central attractions of this 130-plus-object exhibit, which also includes weapons and artwork, are 11 suits of armor. (Three are from the museum’s collection; the rest are on loan from collector Gary Grose.) Read more about the exhibit in this week's Big Picture. Through May 7. $10 adults; $5 children 6-17, seniors and students. Cincinnati Art Museum, 953 Eden Park Drive, Eden Park, cincinnatiartmuseum.com. Let the good times roll at the MainStrasse Mardi Gras. Want to join in the festivities? Enter your own float in the parade or register to walk in it by contacting the MainStrasse Village Association Office. If you’re just feeling in the spirit(s), you can join your friends and neighbors in a pub crawl. Participating bars will have specials on Little Kings and Hurricanes. Bejewel your Mardi Gras getup with Cappel’s, which will be selling beads on the street before and during the parade. Saturday’s parade route is scheduled to go down Main Street. Friday and Saturday. Free. MainStrasse Village, Covington, Ky., mainstrasse.org. 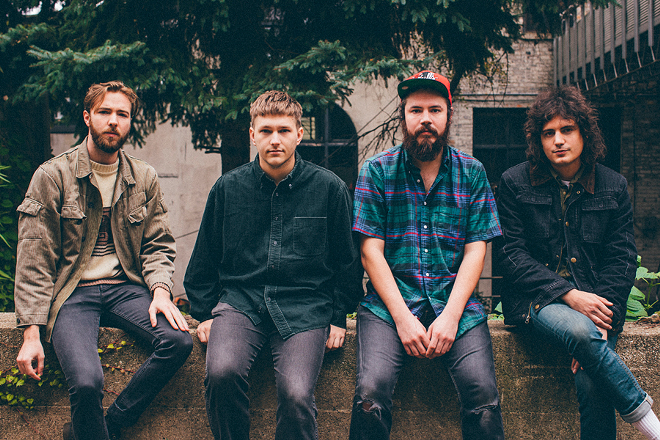 “Offers,” the title song on Ne-Hi’s freshly minted second album, is a brief, slow-burn Psych rocker heavy on atmosphere and light on words (20, to be exact). It’s a curious left turn for a band known for the jangly, upbeat approach present in songs like the album’s opener, “Palm of Hand,” which brings to mind early R.E.M. fronted by Buzzcocks’ Pete Shelley instead of a mumble-mouthed Michael Stipe. Ne-Hi frontman Jason Balla’s high whine of a voice punches through his own guitar lines and that of his fellow guitarist Mikey Wells, a combination that powered Ne-Hi’s stellar self-titled debut and continues here. But it’s the deft rhythm section (drummer Alex Otake and bassist James Weir) on rousing burners like “Prove,” from the new album, that is the icing on Ne-Hi’s cake. Read more about the band in this week's Sound Advice. Ne-Hi plays MOTR Pub Saturday. Click here for more info on this free show. 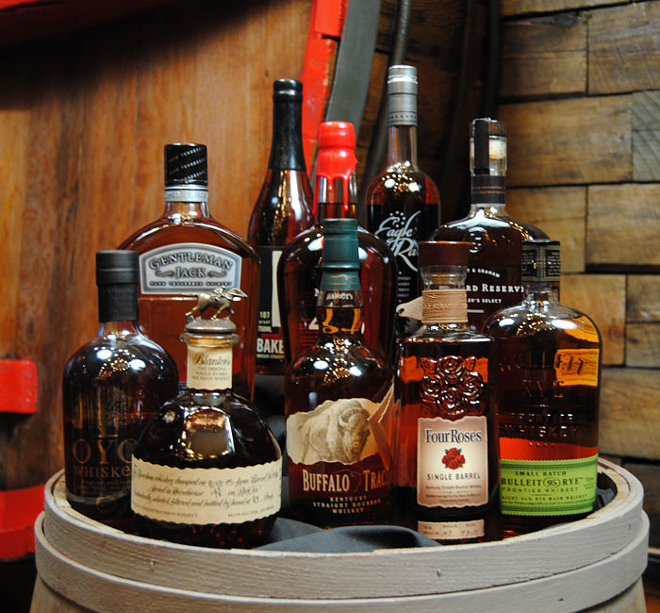 And the A’cat’emy award goes to… Find out this (ahem) Caturday at The Phoenix when the Ohio Alleycat Resource & Spay/Neuter Clinic hosts its sixth-annual A’cat’emy Awards extravaganza. Home videos submitted to OAR by fame-hungry felines and their humans have been analyzed, and the best of the best will be screened and recognized in three different categories: Best Cat Action Film, Best Cat Comedy Film and Best Cat Drama Film. The party is complete with hors d’oevres, drinks and dinner, plus movie trivia, Oscar predictions and a live and silent action. Proceeds benefit OAR.6:30 p.m. Saturday; 5:30 p.m. VIP. $65; $100 VIP. The Phoenix, 812 Race St., Downtown, ohioalleycat.org/acatemyawards.

The Cincinnati Home and Garden Show returns Saturday. The family-friendly show has been hosted since 1969 and features a large showcase of various home improvement resources for professionals and the public from landscaping to interior designs. Through March 5. $13 adults; $11 online; free for kids 12 and younger. Duke Energy Convention Center, 525 Elm St., Downtown, cincinnatihomeandgardenshow.com. 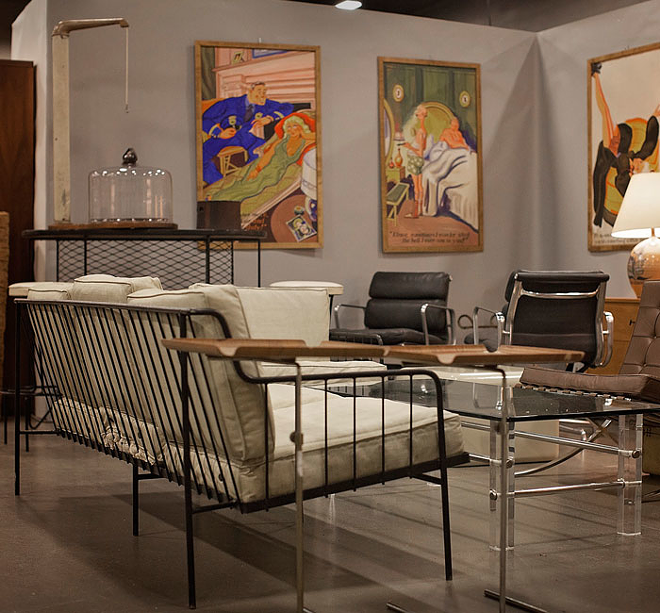 When events are advertised as “fun for the whole family,” that typically means they are considerably more enjoyable for the shorter members of the clan and at least tolerable for the taller ones. When a Jason Ringenberg appearance is the event, you can believe the hype. When Ringenberg isn’t out front with Jason and The Scorchers — the Roots Rock titans are still going strong 35 years on — he operates under a pair of musical personas, as a powerful and passionate solo act and as a brilliant singer of original children’s songs under the banner of Farmer Jason. And like Santa Claus’s annual fly-by, both are coming to town. Jason Ringenberg brings alter ego Farmer Jason to Southgate House Revival Sunday. Click here for tickets/more info on both shows.