Feel like something a little out of the ordinary this Valentine’s Day? If so, head to the Pendleton Art Center on Friday for “Cincinnati’s most bizarre Valentine’s event” — an art show complete with gifts-browsing, photo sessions and body painting by local artist Aryn Fox, a previous contestant on the Game Show Network’s Skin Wars. Photographers Jason Bohrer and Tina Gutierrez will be onsite for cute, creepy and classic walk-up micro photo sittings and prints — including ones alongside “Creepy Cupid” — in which body and/or face painting are optional. 5-9 p.m. Friday. $25 body painting and photo shoots. Pendleton Art Center, 1310 Pendleton St., Pendleton, cincinnatipendletonfirstfloorartists.com. 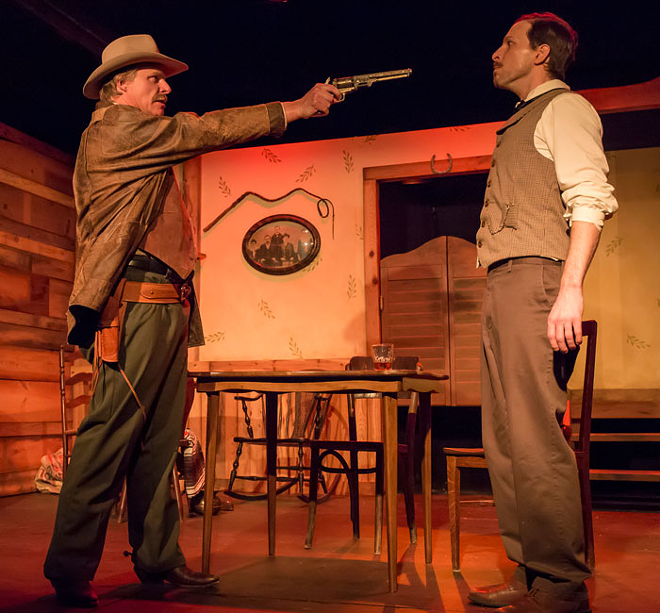 You don’t often find Westerns on theater stages, but Falcon Theatre is strapping on its six-guns and aiming to present this classic story of good versus evil, law versus the gun, hope and revenge. It’s about an unlikely hero taking on a bad guy named Liberty Valance. Set in a lawless town called Shinbone in the American Wild West, the script is adapted from John Ford’s respected 1962 classic film starring Jimmy Stewart and John Wayne. For Falcon’s opening performance on Thursday, the trio Raison D’Etre will perform classic Cowboy songs pre-show. 8 p.m. Through Saturday. Through Feb. 11. $20 general; $15 students; $15 Thursdays. Falcon Theatre, 636 Monmouth St., Newport Ky., falcontheater.net. 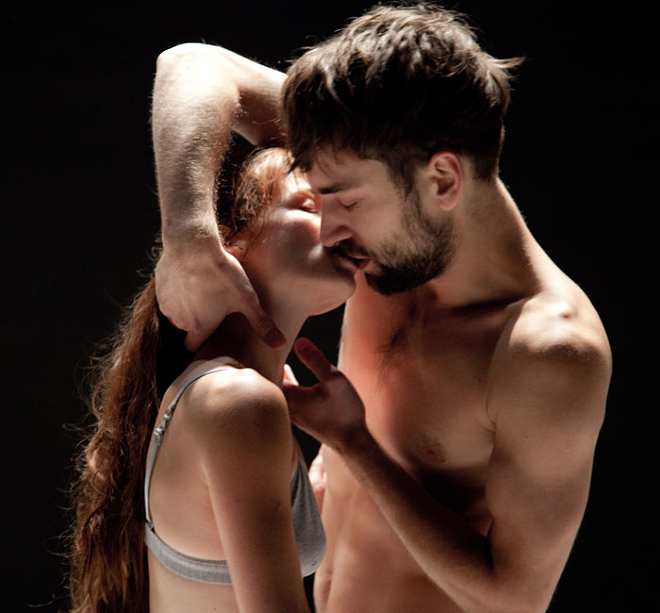 It’s one of the most clichéd themes in dance: the relationship between a man and a woman. But with a focus on the human experience, Flemish choreographer Jan Martens brings compelling intimacy to the theme with Sweat Baby Sweat at the Contemporary Arts Center. The physically demanding performance details the arc of the couple’s life together. Music, dance, video material and song fragments combine to tell the story of a highly charged romance shaped by the ebb of letting go and grabbing hold again. Read an interview with Martens on page 33. 7:30-8:30 p.m. Friday. $18 general admission; $12 members. Contemporary Arts Center, 44 E. Sixth St., Downtown, contemporaryartscenter.org.

Coming out of the acclaimed Chicago comedy scene, Mike Lebovitz was part of the collective of comics in the Windy City called Comedians You Should Know. His set mixes observation with stories from his own life and is focused yet silly. Like the time he was in a coffee shop and a button popped off a woman’s coat. As Lebovitz picked it up, the woman demanded it back rather bluntly. “I want to know what she thinks I’m doing,” he tells an audience. “She probably thought I was standing there are all day waiting, like some pervert with a button fetish.” Through Saturday. $8-$14. Go Bananas, 8410 Market Place Lane, Montgomery, gobananascomedy.com.

ART: THE PERSONAL IS POLITICAL AT WAVE POOL GALLERY

Curator (and CityBeat arts critic) Maria Seda-Reeder has collected select works of feminist artists from the Sara M. and Michelle Vance Waddell Collection and displayed them in The Personal is Political, a two-site show at Wave Pool gallery in Camp Washington and the Dorothy W. and C. Lawson Reed Jr. Gallery at the University of Cincinnati. The more than half-dozen works, which include 2-D and 3-D pieces from both established and up-and-coming femme-identifying artists like Louise Bourgeois, Tania Bruguera, Deb Kass, Barbara Kruger and Kara Walker, demonstrate the ways in which the intimate details of our daily lives connect to the ever-expanding understanding of the body politic. Works are paired together to reveal how these artists “resist oppression, subvert public scrutiny and suggest alternative visual paradigms within the personal and political spheres.” Associated events include a reception 5-7 p.m. Feb. 16 at UC. Through March 11. Free. Wave Pool, 2940 Colerain Ave., Camp Washington, wavepoolgallery.org. Through April 2. Free. Dorothy W. and C. Lawson Reed Jr. Gallery, 5470 Aronoff Center, University of Cincinnati, Clifton, daap.uc.edu. 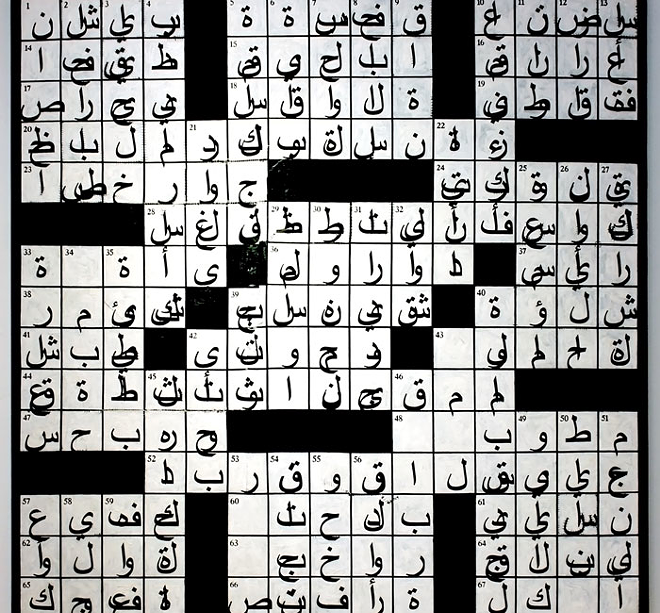 In conjunction with the exhibit Game On!, which features works of visual art that address the theme of play, Manifest hosts a public game night that involves a 5-foot crossword puzzle created especially for the event. Operating with the understanding that puzzles and games are a way to exercise creative problem-solving muscles, area writers and puzzle creators Ryan Back, David Corns, Scott Holzman and Doug McDiarmid will be on hand to help the crowd group-solve answers to this oversized crossword, which will be filled with art- and game-related puns. The crossword will remain up for visitors to help decipher through Feb. 9. The juried exhibition, which displays 13 works by 10 artists from eight states, runs through Feb. 24. 7-9 p.m. Saturday. Free. Manifest, 2727 Woodburn Ave., East Walnut Hills, manifestgallery.org. What better way to woo that special someone than a stroll through a historic Italianate mansion? (Hint: There are not many.) Mosey through the rooms of the 1860’s Promont house, a Milford landmark filled with period furnishings, and catch a glimpse of vignette galleries and Valentine’s décor. Take a self-guided tour of the Promont while savoring light refreshments, and learn about the history of Saint Valentine and classic Valentine’s Day traditions. Don’t want to leave empty-handed? Art on display — featuring Valentine-related works by local artists — will be available for purchase. 1-4 p.m. Sunday. Free. Promont, 906 Main St., Milford, milfordhistory.net.