Embrace the cold during Penguin Days at the zoo; find a new book to cozy up with at the Public Library Winter Warehouse Sale; commemorate the end of an era at Park + Vine's final chili cook-off. Ian Bavitz is a man in transition. The rapper better known as Aesop Rock turned 40 last year. He moved to Oregon from his beloved New York City a couple years earlier. And he dropped his seventh studio album, The Impossible Kid, this past April, just his second full-length effort since 2007’s None Shall Pass. That’s not to say Aesop hasn’t been busy — he’s been a part of three collaborative albums, including 2013’s crafty Hokey Fright with Kimya Dawson, since 2011. But there’s no denying he’s evolved since his productive period as a wordy, intriguingly slanted rapper for the adventurous Hip Hop label Definitive Jux beginning in the late 1990s. That evolution is on display throughout The Impossible Kid, another lyrically dense effort that also finds Aesop handling all production duties and revealing a seemingly more accessible personal angle. Read an interview with Aesop here. Aesop Rock performs Friday at 20th Century Theater. Tickets/more info: the20thcenturytheatre.com. EVENT: PENGUIN DAYS AT THE ZOO

While hibernating currently seems like a viable option to many local humans, polar bears, snow monkeys, penguins and more at the Cincinnati Zoo are loving the sub-freezing temps. Bundle up for special animal encounters, events and feedings during Penguin Days, including Emperor penguin parades Friday through Monday. The best part? Admission is half-price daily. Catch other special events on Saturdays and Sundays, including fish-cicles for polar bears and fruit frozen in ice blocks for elephants. Through March 10. $8 adults; $6 children and seniors. Cincinnati Zoo & Botanical Garden, 3400 Vine St., Avondale, cincinnatizoo.org.

If you were lucky enough to see/survive a gig by Northern Ohio’s The Cowslingers in the ’90s and early 2000s, you were witness to one of the rawest, most unhinged examples of Garage-stained Cowpunk/Americana madness available at that point in musical history. The Cowslingers had a committed local following, mostly because their live show was a bourbon-and-velvet-fisted asskick and at least partly because the majority of the Cleveland band’s output was released by Shake It Records, driven by the zealous fandom of label mahout Darren Blase. After a 14-year, 11-album run, The Cowslingers called it a day in 2004 and frontman Greg Miller resigned himself to a normal — albeit music-less — life. But drummer Leo P. Love and Miller’s bassist brother Ken showed up months later with an enticing offer to tune up the tour van and revisit their AltCountry/Punkabilly roots with two new guitarists as Whiskey Daredevils. They haven’t looked back. Read more about the group in this week's Sound Advice.

Feeling young? How about professional? This YP happy hour program at the Taft Museum offers a final look at Picturing the West, the popular exhibition of 19th-century landscape photography that documents the rugged and natural wonders of the American West. Socialize with peers while enjoying Western-themed drinks, music and light bites before trying your hand at creating your own original artwork. RSVP required. 5-8 p.m. Friday. $20; $10 members. Taft Museum of Art, 316 Pike St., Downtown, taftmuseum.org. ART:  BETTER THAN GOOD AT THE PUBLIC LIBRARY

C. Smith led the way in documenting the civil rights movement while experiencing Jim Crow’s injustice himself. The Cincinnati photographer also recorded celebrations in the black community for more than 60 years, from private weddings to appearances by Richard Pryor, Jackie Robinson and then-Senator Barack Obama. His work has appeared in Jet, Ebonyand Essence magazines. Now the Main Branch of the Public Library of Cincinnati and Hamilton County opens Better Than Good, a survey of Smith’s pictures, ahead of Black History Month. Through March 12. Free. 800 Vine St., Downtown, cincinnatilibrary.org.

Get your towels ready: The massive Travel, Sports & Boat Show returns for eight days of all things boating, backpacking, biking and even spelunking. Get a feel for kayaks and paddleboards in a 17,000-gallon demo pool, hang out with some athletic canines during hunting dog seminars and face off in the 11th-annual turkey-calling contest. 5-9:30 p.m. Friday; 11 a.m.-9:30 p.m. Saturday; 11 a.m.-5 p.m. Sunday; Jan. 18-22. $12; free kids 12 and under. Duke Energy Convention Center, 525 Elm St., Downtown, cincinnatiboatshow.com. 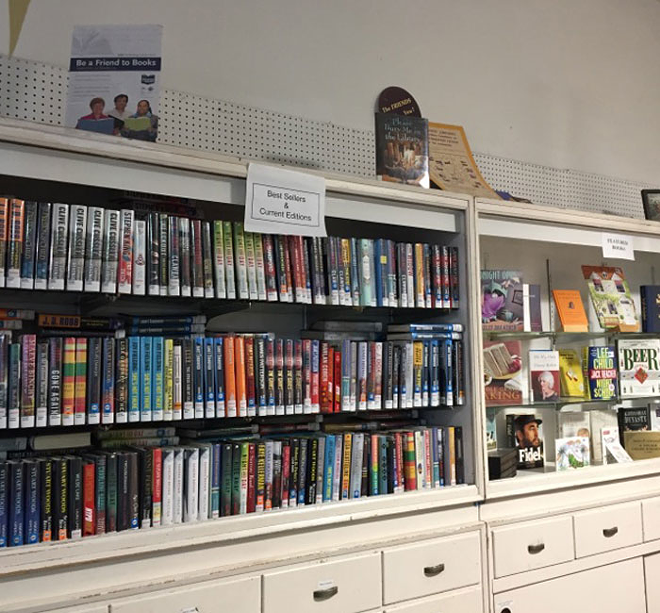 There’s no better time than winter to stay inside, drink (spiked?) hot chocolate and curl up with a good book. Find some new material at the Friends of the Public Library’s Winter Warehouse Sale, where an overwhelming array of gently used hardback and paperback books in every genre will keep you rifling through selections for hours. Special discounts apply to all graphic novels and large-print books.10 a.m.-6 p.m. Friday and Saturday; Noon-5 p.m. Sunday. Free admission. The Friends Warehouse, 8456 Vine St., Hartwell, friends.cincinnatilibrary.org. 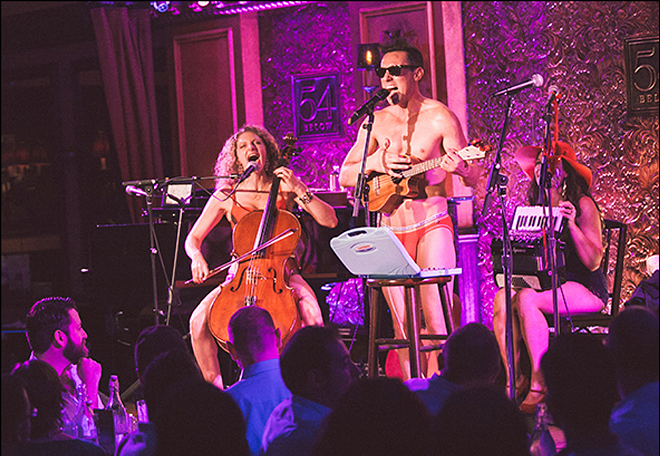 MUSIC: Nick Cearley and Lauren Molina have Broadway acting careers and they joke about spending time onstage wearing very little: She was a stripper in the Broadway production of Rock of Ages; he wore not very much in the Elvis musical All Shook Up. So dressing down for their “alt-cabaret” musical act The Skivvies, in which they strip down to their underwear and sing, isn’t a problem. Cearley, who performed last season at Ensemble Theatre Cincinnati in the one-man show Buyer and Cellar, is back in town to play nerdy Seymour in the Cincinnati Playhouse’s upcoming production of Little Shop of Horrors (Jan. 21-Feb. 19). Using an evening off before the opening, he and Molina will perform as The Skivvies at Hamilton’s Fitton Center for Creative Arts on Saturday evening. It’s already sold out. (They did a pair of late-night shows at ETC in 2015.) Read a full feature on The Skivvies here. The Skivvies perform a sold-out show at the Fitton Center for Creative Arts on Saturday. More info: fittoncenter.org.
click to enlarge 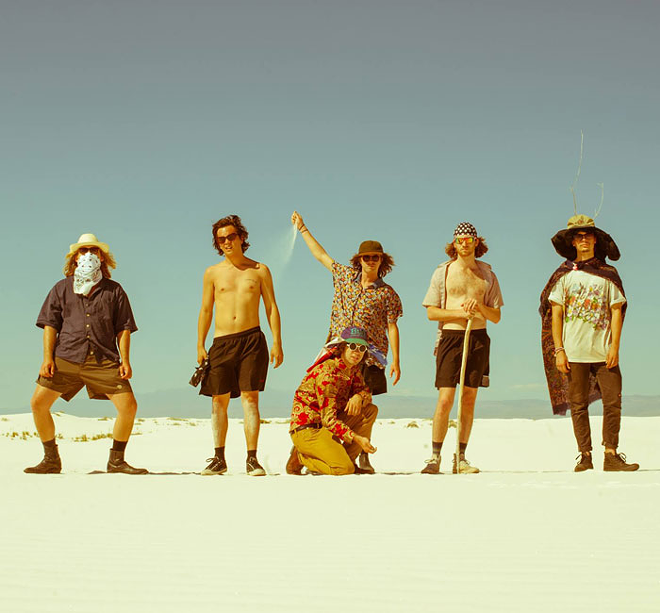 With a band name that offers music-related publication fact-checkers a Google search experience that falls somewhere between The Naked and Famous and Perfect Pussy on the “fired for accidentally looking at porn at work” scale, the six members of North Carolina Rock crew The Nude Party perform mostly clothed. But they understand and don’t mind if their dirty, stripped-down Garage Pop and white-hot live fervor compels audience members to spontaneously disrobe at their shows. After drawing attention for its endearingly retro British Invasion/Nuggets/Velvets-inspired debut EP, Hot Tub, at the start of last year, the group recently issued the single (and video for) “Water on Mars,” a shimmering, jangly ear-worm slated for The Nude Party’s forthcoming first full-length, due later this year. 9 p.m. Saturday. Free. MOTR Pub, 1345 Main St., Over-the-Rhine, motrpub.com.

Like many things in life — wine, cheese, toddlers — beer gets better with age. And if you love good beer, head to Jungle Jim’s annual Barrel-Aged Beer Bash, an evening of exploring and drinking more than 80 rare and limited brews, aged in a variety of barrels (whiskey, wine, rum, etc.). Many beers will be coming straight from the brewer’s cellar and many won’t even make it to a bottle. Admission includes a commemorative glass and a giant pretzel from Servatii. 7-9:30 p.m. Saturday. $40; $15 non-drinker. Jungle Jim’s, 5440 Dixie Highway, Fairfield, junglejims.com.

Muuy Biien is one of those rare bands that somehow forces its listeners to remember and revel in the past while simultaneously planting them firmly in the ever-present now and also making them think furtively about a future that seems to have been revealed only to them. It would be a pretty impressive feat for a road- and studio-hardened band that has been plying its trade for a decade or more, but Muuy Biien has been performing this musical sleight of hand for less than half that time. In the Athens, Ga.-based quintet’s five-year history, it has recorded a trio of EPs and an equal number of full-lengths, including Age of Uncertainty, its recently released Psych/Surf/Glam/Pop/Punk/Prog masterwork. Read more about the band in this week's Sound Advice. 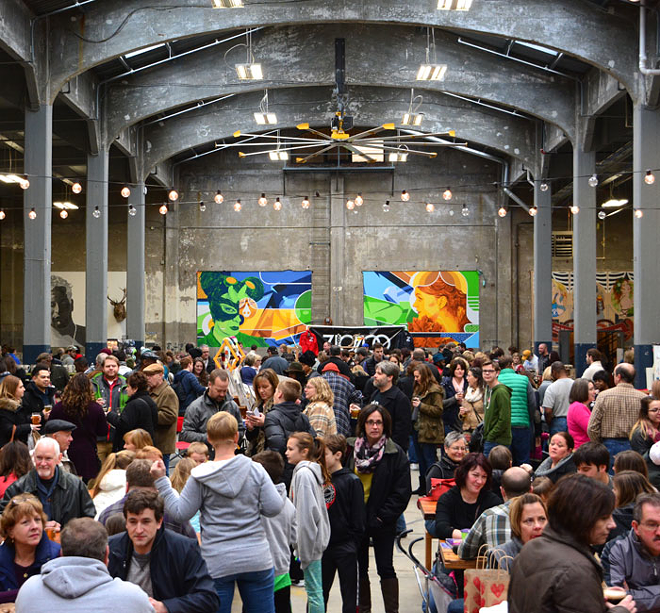 The holidays may be over, but Art on Vine is keeping the gift-giving spirit alive — whether you’re shopping for others or treating yo’ self. The monthly boutique art fair features unique, handmade goods from more than 60 local artists, ranging from pottery and photography to jewelry and home goods. Take a break from shopping for pizza from Taglio. Noon-7 p.m. Sunday. Free admission. Rhinegeist, 1910 Elm St., Over-the-Rhine, artonvinecincy.com. 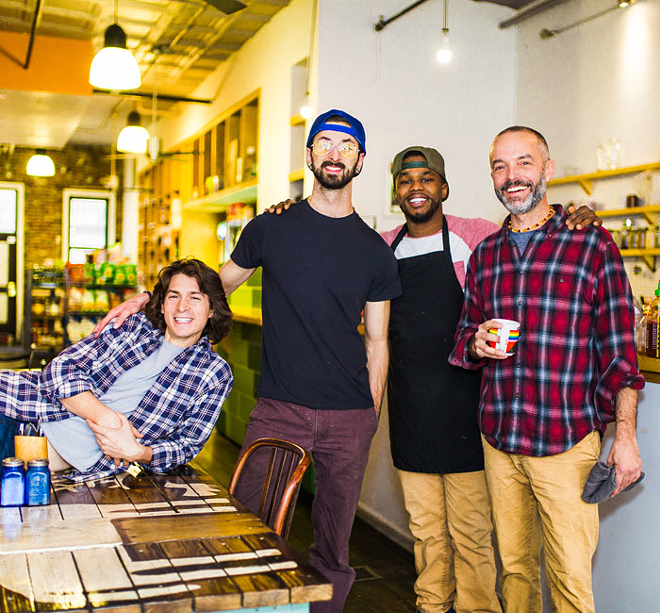 After nearly a decade in business, everyone’s favorite OTR green general store is closing its doors with an apt send-off: the final Park + Vine chili cook-off. Chili can win in two different categories — People’s Choice and Judge’s Pick — voted on by guests and a handful of local culinary star judges, including Colonel De of Colonel De’s Gourmet Herbs & Spice, Rachel DesRochers of Grateful Grahams, Mark Frommeyer of Blue Oven Bakery, Ilene Ross of CityBeat and 513{eats} and Amy Hunter of the Mercantile Library. Chili entries are limited to 20 spots and must be completely vegan. If you don’t feel like making any chili, you’re welcome to come eat some, hang out and celebrate the impact Park + Vine had on the local community. 3-5 p.m. Sunday. $10 tasting ticket; $10 entry (registration available online until 6 p.m. Saturday); $15 admission. Park + Vine, 1202 Main St., Over-the-Rhine, parkandvine.com.