Peer into the future at the Victory of Light Expo; bid on sculpted and painted animals at Pets In Need of Cincinnati's Petcasso; indulge in favorite brews during Pour Over Cincy/NKY: A Coffee Showcase.

DANCE: AFTER THE FEAST

As a choreographer, Tiffany Mills ignores our differences and focuses instead on our collective humanity. She breaks it down into an art form that we not only see with our eyes as we watch the members of her acclaimed company dance, but also feel replicated in our own body movements. On Friday and Saturday, Mills and her five dancers come to the Aronoff Center’s Jarson-Kaplan Theater to perform her original and daring dance-theater production, After the Feast, in a presentation sponsored by the Contemporary Dance Theater. It premiered earlier this year at New York’s experimental La MaMa Theatre. “The idea behind After the Feast is to think of the feast as some kind of bounty, and then ‘after the feast’ as some kind of depletion,” she says. “(It’s) thinking about — hypothetically — some kind of disaster, whether it be natural or manmade, that this community of dancers has to navigate, cope and struggle with to try to overcome.” 8 p.m. Friday and Saturday. Tickets start at $27. Aronoff Center, 650 Walnut St., Downtown, cincinnatiarts.org. Experience the magic of the Northern Lights without the hassle or expense of traveling. Rising Finnish conductor Santtu-Matias Rouvali makes his Cincinnati Symphony Orchestra debut alongside American violinist Jennifer Koh. Together (and with the help of the orchestra) audiences will be transported to the Arctic Circle through the power of music. Koh will present a performance of Salonen’s “Violin Concerto,” which weaves musical influences from Bach to Rock & Roll. A magical pairing of symphonies by Finnish composer Sibelius will close out the night. 8 p.m. Friday and Saturday. $23-$107. Taft Theatre, 317 E. Fifth St., Downtown, cincinnatisymphony.org.

FILM: FANTASTIC BEASTS AND WHERE TO FIND THEM

Just when you thought that films based on the “wizarding world” of Harry Potter were over, here comes a new one: Fantastic Beasts and Where to Find Them. The film’s title is taken from an encyclopedic textbook that is referenced several times by Harry, Ron and Hermione in the original Harry Potter books and films. Rowling subsequently wrote a real version of the textbook in 2001 as an accompaniment to her Harry Potter novels. It reads like an actual encyclopedia, with only smatterings of character or storytelling. Fantastic Beasts is more a Harry Potter spin-off than a continuation. The movie’s official website describes the story this way, in part: “Something mysterious is leaving a path of destruction in the streets, threatening to expose the wizarding community to the Second Salemers, a fanatical faction of No-Majs (American for Muggles) bent on eradicating them. And the powerful, dark wizard Gellert Grindelwald, after wreaking havoc in Europe, has slipped away and is nowhere to be found. Read more here. Opens wide Friday.

ONSTAGE: MUCH ADO ABOUT NOTHING

Cincinnati Shakespeare Company is staging the battle of wits between Beatrice and Benedick — they’re a perfect match, but they can’t stand each other, so their friends set out to trick them into love. Meanwhile, a bad guy is plotting to spoil a wedding. Of course, it all “ends well” — it’s Shakespeare, after all. But this romantic comedy is full of laughs and lots of witty repartee. It should be especially entertaining with the warring pair played by Cincy Shakes veterans Miranda McGee and Jeremy Dubin. Director Sara Clark calls the show “smart and sexy, charming and delightful.” And she’s right. Through Dec. 10. $22-$38. Cincinnati Shakespeare Company, 719 Race St., Downtown, 513-381-2273, cincyshakes.com.

“We’re back in Minneapolis now enjoying football,” says comedian Tim Harmston. Well, he’s enjoying it. His lovely bride, the hilarious Mary Mack, is not. “She’s got a real aversion to fantasy sports,” he says. “There’s a punishment in my fantasy football league that if you can’t make it to the draft or be online for the draft my wife gets to draft your team.” A former film student, Harmston came to stand-up late. “I was the funny person in school and so I was going be a comedian somewhere,” he says. “It just came later in life because when you’re 18 years old, you don’t know that being a comedian is an actual job.” Thursday-Sunday. $8-$14. Go Bananas, 8410 Market Place Lane, Montgomery, gobananascomedy.com.

A dozen years ago, Carl Broemel became the guitarist of record for My Morning Jacket after the departure of original member Johnny Quaid. In that time, Broemel has made his personal mark on a band that was already wildly unique. He was an essential component to the sonic and critical success of 2005’s Z, his first studio contribution to the band, and he’s been absolutely crucial to My Morning Jacket’s creative evolution in the intervening years. Coincidentally, just months prior to getting tapped as My Morning Jacket’s new guitarist, Broemel released his debut solo album, 2004’s Lose What’s Left. Six years later, around the time My Morning Jacket was working on its stunning Circuital album, Broemel dropped what he considers to be his first real solo album, the intimate and evocative All Birds Say. Left to his own devices, Broemel gives off a distinct Harry Nilsson/Ron Sexsmith vibe, which also permeates his recent solo excursion, 4th of July. His My Morning Jacket schedule and making time for his wife and 7-year-old son keep him perpetually busy, but he somehow finds time to explore his personal musical muse. Carl Broemel plays the Taft Theatre’s Ballroom with Dave Simonette on Saturday. Tickets/more info: tafttheatre.org/events.

Poster Children, a quartet from Champaign, Ill., made its first national splash with its bristling debut album, Flower Power, in 1989. As the rise of Alt music began turning major-label heads, Poster Children inked a deal with Reprise Records, which reissued its masterpiece, Daisychain Reaction (an album given extra sizzle and raw intensity thanks to the recording work of “not a producer” Steve Albini) in 1992. The band made several more solid albums that did well enough that Poster Children remained major-label artists over the course of four LPs (in a time when some majors left many such bands in ruins, dropping them if their debuts didn’t produce an instant “Smells Like Teen Spirit”). In 2004, the band released No More Songs About Sleep and Fire (believed to be the first non-visual release to feature an audio commentary track) and an EP of politically minded covers before calling time on the group. Poster Children play Woodward Theater Saturday. More info/tickets: woodwardtheater.com.

Lovers of animals and art cross paths this Saturday at Petcasso, presented by Pets In Need of Cincinnati, a local nonprofit that provides affordable and high-quality veterinary care to individuals and families of limited means. This party features a cocktail buffet, open bar, live music and a silent auction full of vibrant, bold and of course adorable “painted pets.” Sculpted and painted animals — everything from wiener dogs and calico cats to happy hounds — have all been adorned by local artists and are ready to take home with winning bidders. P.G. Sittenfeld emcees the evening. 7-10 p.m. Saturday. $85. The Carnegie Center, 3738 Eastern Ave., Columbia Tusculum, pincincinnati.org.

Ready to reminisce? For one night only, U.S. Bank Arena will travel back in time, bringing the ’90s to Cincinnati with a lineup of the most iconic and trend-setting artists of the decade, with chart-toppers including Salt-N-Pepa, Kid ’n Play, Coolio, Vanilla Ice and Kool Moe Dee. Hear hit songs like “Let’s Talk About Sex,” “Ice, Ice Baby,” “It Takes Two” and “Funky Cold Medina.” If you’ve been hanging onto your Push-It bomber jacket or American flag Zubaz, this is your moment. 8 p.m. Saturday. $55-$102. U.S. Bank Arena, 100 Broadway St., Downtown, ilovethe90stour.com.

After having a record 6,500 shoppers in 2015, fabulously massive indie craft show Crafty Supermarket is moving its annual holiday event from Music Hall to the University of Cincinnati’s Recreation Center. Browse products from more than 100 crafters, artists and designers from in and beyond Cincinnati, with local vendors including the likes of Brewhaus Dog Bones, The Hoop & Needle and Rock Salt Vintage. In between shopping sessions, refuel with snacks from local food trucks and participate in hands-on craft activities. Plan to arrive ASAP: The first 100 customers receive free swag bags. 11 a.m.-6 p.m. Saturday. Free admission. University of Cincinnati Recreation Center, 2820 Bearcat Way, Clifton, craftysupermarket.com. If you’re looking for some insight into the future, one of the 300 psychics, healers and exhibitors who will be filling up the Sharonville Convention Center this weekend might be able to help. The Victory of Light Expo is one of the most extensive and affordable spirituality events in the Midwest. This year’s event will feature global celebrity psychic Thomas John, the “Manhattan Medium.” John is praised for his accuracy and will conduct detailed readings for his audience on Sunday. Throughout the weekend, other psychic, holistic and paranormal experts will host a variety of seminars — 78 of which are free to attend with admission. And marketplace vendors will be selling everything from natural aromatherapy and healing crystals to aura photos and musical instruments. 10 a.m.-7 p.m. Saturday and Sunday. $15 single day; $25 for the weekend. Sharonville Convention Center, 11355 Chester Road, Sharonville, victoryoflight.com. 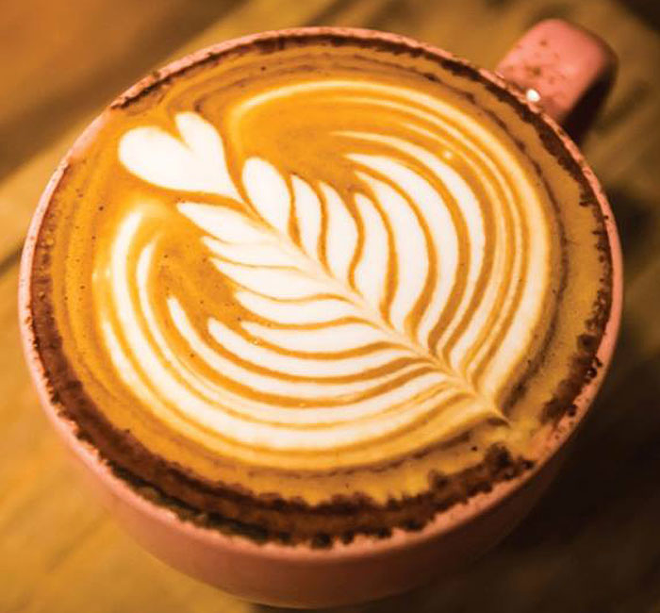