After a recent family surgery, the Zapfs have made the decision to "limit our lights this year for recovery and for some family time we didn’t get last year." 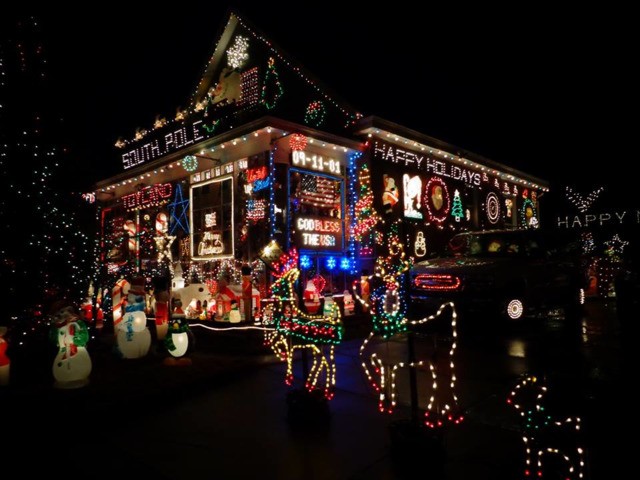 Every Christmas, a slice of suburban North College Hill becomes awash in a glorious twinkling, festive glow. Zapf’s Christmas Display has been lighting up the neighborhood since 1970, originally created by Bill "Santa Z" Zapf.

After Bill died in 2008, his son — who has the same name — kept the tradition alive.

But, after celebrating its 50th-anniversary last year, the family has announced the display is taking a break. They wrote in a Facebook post that Zapf is recovering from an elective surgery and that they made the decision to "limit our lights this year for recovery and for some family time we didn’t get last year.

The beloved tradition will be greatly missed, but Facebook comments show an outpouring of support for the family, wishing Zapf a speedy recovery and thanking them for the joy they've provided over the years.

The Zapfs end the post with "see you next year," so expect the outsized collection to return in 2022.

Typically, the Zapf family decorates their home at 2032 Galbraith Road each December with an array of illuminated figures: reindeer, cheery snowmen, suited-up Santas and candy canes. Twinkling lights pepper trees and line the house’s borders and several greetings trim the house, from "Happy Holidays" to the "South Pole." They also fill the porch with “toyland surprises” like trains, stuffed animals and over 100 glowing blow-mold figures.

It’s a display that Zapf says his father put up with care — and one he ultimately created for kids.

“He knew what it felt like to not have material things on Christmas Day coming from a family with eight siblings, but his family always drove around looking at other people's houses lit up in Christmas lights,” Zapf says of his dad via a Facebook exchange. “That was their Christmas tradition.”

For him, the display is a gift to the families who frequent the neighborhood holiday icon, many of whom return year after year. “Before my dad passed, the display was something we always put up together. So it’s bittersweet,” Zapf says. “I miss my dad. But now it’s my children helping me put up the display. I know I can’t fill my dad’s shoes, so to speak, but I will do my best to do what he asked and carry on.”