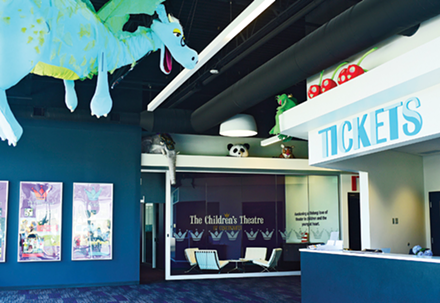 People might think that the Children’s Theatre of Cincinnati is based at downtown’s Taft Theatre, since that’s where its professional productions have entertained thousands of children since 1924. In truth, the company’s cramped offices and limited classrooms for many years were in suburban Fairfax. But in 2016, the company relocated to a renovated warehouse facility with lots more room for creativity — a performing space, costume shop, rehearsal rooms and classrooms. Its robust programs for kids ramped up immediately with more space to accommodate aspiring young performers. The first round of acting classes for children in the new facility expanded enrollment by 340 percent. The Children’s Theatre of Cincinnati, 4105 Red Bank Road, Madisonville, 513-569-8080, thechildrenstheatre.com.